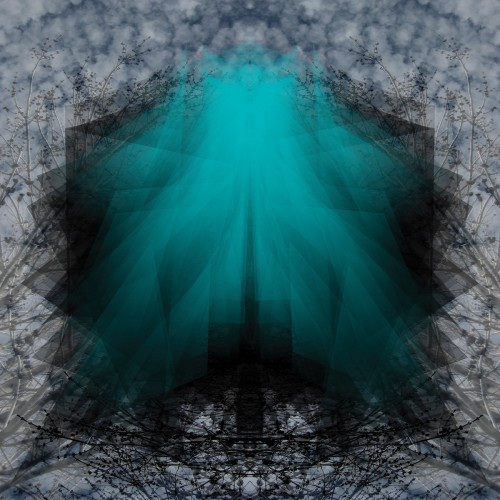 It was already a given that Lake of Violet’s new album would be worth hearing because of the label that’s bringing it out — Gilead Media — and the alluring cover art and intriguing album title (The Startling Testimony of Plumb Lines) sealed the deal. But when I learned who is in the band, I became not merely interested in the music but intensely curious.

The line-up consists of guitarist André Foisy (Locrian, Kwaidan), drummer Anthony Michael Cori (Cedars of Lebanon, ex-Minsk), bassist Jacob Essak (Sun Splitter), and vocalist Neil Jendon (Kwaidan, Catherine). I thought, what in the world might people such as these have concocted? As it turns out, the music is more out of this world than in it.

We have the pleasure of premiering one of these remarkable songs today: “Captive/Fugitive“. 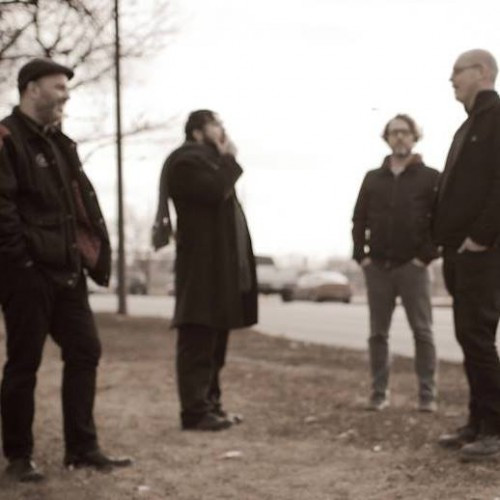 It begins with the ambient scratch and squall of static, the picking of a guitar, the patter and thrum of hand drums, the shimmer of drifting ambient tones, the somber intoning of words. Some weight comes into the low end, the voice turns to ghostly song, and then the music becomes noticeably heavier and more perilous, as if storm clouds have moved in. Huge, moaning bass notes shake the ground in tandem with the clatter of the drums, while Foisy spins a hallucinatory web with his guitar. When the slow, compelling rhythms come to an end, it’s to make an open space for a tension-ratcheting swarm of vibratory sounds and twittering shrieks.

Those familiar with the early albums of Pink Floyd will sense a kindred spirit in the song; not surprisingly, the band themselves identify Pink Floyd as a principal influence for this music. It’s dreamlike and unsettling, both entrancing and provocative of dark meditations. And wait ’til you hear the rest of the album….

The Startling Testimony of Plumb Lines will be released by Gilead Media both digitally and as an LP, pressed on limited-edition color vinyl with a download code included. The LP is available for pre-order at the Eroding Winds web store (here), and digital pre-orders can be placed via Bandcamp, where you can also listen to another mesmerizing track, “Backwards Light”:

2 Responses to “AN NCS PREMIERE: LAKE OF VIOLET — “CAPTIVE/FUGITIVE””