If you’re within walking, driving, hang-gliding, or teleportation distance from Minneapolis this weekend, you really ought to be at the Triple Rock Social Club — because that’s where the second edition of HammerHeart Brewing Company’s Ostarablot music festival will be taking place.

I wrote about this fest back in January, but figured it was time for a reminder and a little update. It’s worth a strong reminder because of the tremendous line-up of bands that will be participating. It’s also being sponsored by HammerHeart, which is the brewery and tap house located in Lino Lakes, Minnesota, that’s co-owned by Austin Lunn of Panopticon. In case you’ve overlooked the event, here’s that eye-popping line-up I mentioned: 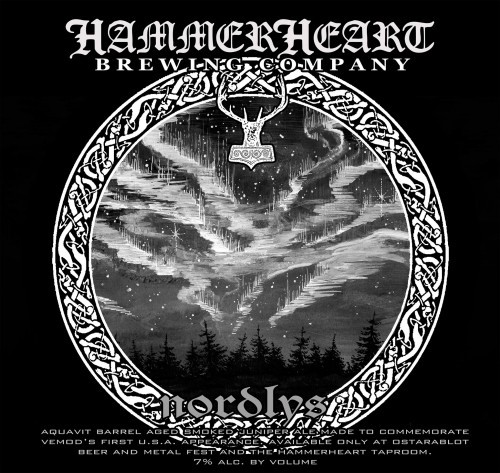 In addition to these amazing groups, Hammerheart is providing a special, exclusive beer brewed for the festival, which will be on tap at the Triple Rock. It’s called NORDLYS, and it’s described as “an Aquavit Barrel Aged Smoked Juniper Pale Ale”. Damn.

Also, in addition to all the bands selling their wares, Bindrune Recordings, Gilead Media, and Init Records will all be there with records, CDs, and shirts on sale from their labels and distros.

Ostarablot will take place on Friday, March 18 and 19, 2016. Single-day tickets are still available and will be sold at the door. For more info, go here:

2 Responses to “HAMMERHEART OSTARABLOT 2016: A REMINDER AND AN UPDATE”