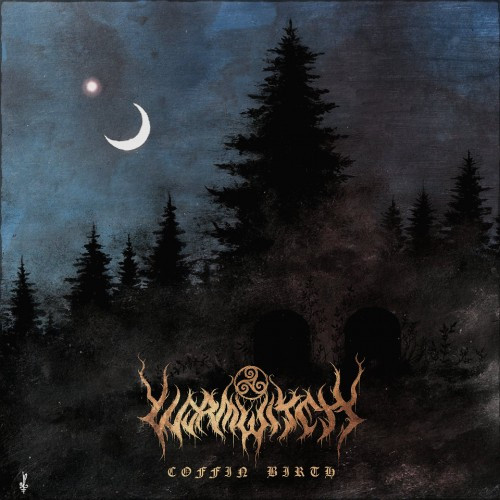 Wormwitch are a trio from Vancouver, BC, consisting of vocalist/bassist Robin Harris, guitarist Colby Hink, and drummer Max Vüst — all of them former members of a local hardcore band named Dead Hand who have taken a sharp turn into the realms of European-influenced black metal. Last year they released their first EP, The Long Defeat, and are now at work on a second one. But in the meantime they discharged a stand-alone single in January named “Coffin Birth“, and today we bring you the premiere for an official video for the song.

Lyrically, “Coffin Birth” tells the tale of “nature taking charge and sacrificing and renewing itself, all in an effort to destroy the blight of man”. But the video isn’t one of those that sets the band’s performance in snow-dusted woods, where you wonder how they plugged in their amps. Instead, this video (which is really well-filmed and edited) attempts to confine this explosion of sound in a cramped practice room — and you really feel the band’s energy when watching it. 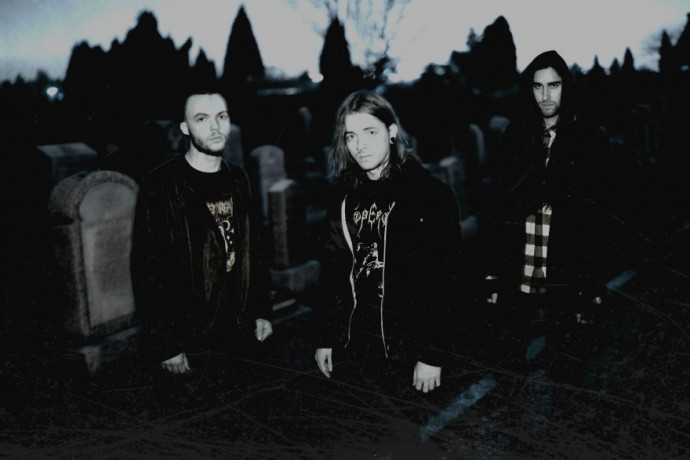 Although Wormwitch have plunged into black metal, it’s also clear from this song that they haven’t completely severed their punk roots. It’s a high-octane rush of deep, grinding riffs, piston-driven drumming, and thundering bass, with a heavy-as-hell production, but it includes a trio of jolting, skull-clobbering breakdowns as well as eruptions of seething guitar work, and Harris‘ enraged vocals (which straddle the line between hardcore and black metal) are incinerating. On top of all that intense sonic violence, the song also includes some catchy melodies.

I get an adrenaline rush every time I watch this video, and the combination of sight and sound for the drumming in particular makes me check my bones for fractures every damned time. Hope you dig it, too.

“Coffin Birth” was produced by Matthew Roach and mastered by Brad Boatright at Audiosiege, and it’s available as a name-your-price download at Bandcamp, where you can also find the band’s debut EP. Artwork for the single was handled by the talented Romanian artist Luciana Nedelea.