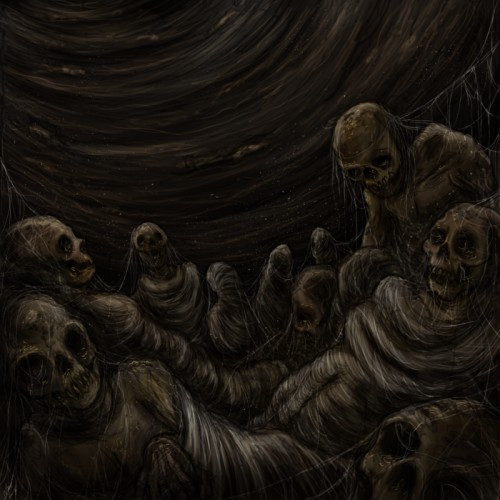 On the first of February we brought you the premiere of the first single from the debut album Bound To The Depths by the veteran Oregon black metal band Tormentium, and now we bring you another — a song called “Coils 1: Void of Muse“.

As the track’s title suggests, it’s the first part of a story told in three songs that closes the album. As the band explains, it “deals with the narrative of an estranged artist who finds his only inspiration from a mysterious entity beyond the world of the living, in Lovecraftian fashion.”

The lyrics, written from the artist’s perspective, tell of “the vision that crept from the void and found me beyond the walls of sleep,” its “slithering tentacles” coiling his brain, inspiring “a composition of ravenous haste gravely depicting the doorway to death”. 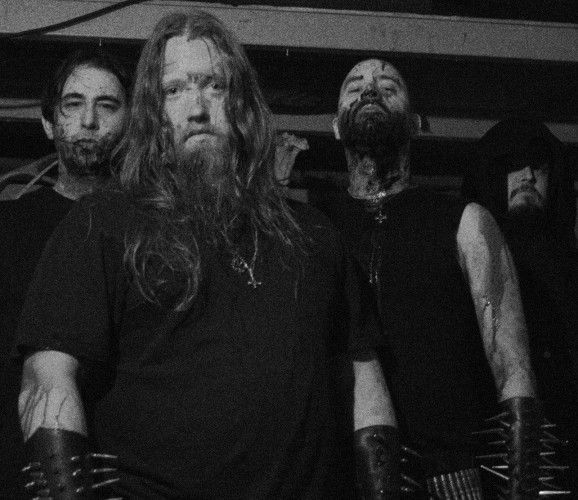 But the artist finds that he needs “one last pigment” to complete his work, “a pigment so pure it must be mine”, and so “the blade shall replace the brush”:

“My pain will become your paint spilling forth for you, my muse.
Sculpting a holy flesh tribute, my death, your masterpiece.”

It’s a chilling tale, and the hallucinatory horror of the narrative is matched by the music.

The song is a long and multifaceted one, with a variety of riffs ranging from deep, whirlwind scything to rapid-fire pile-drivers to reptilian swarms, and the drumming is equally varied, with the rhythm section augmented by a prominent bass line. Otherworldly guitar and keyboard melodies flow ominously through the music, and the serrated vocals are barbarous and incendiary — but lying in wait within this dark, electrifying assault a big surprise is waiting for you…

…because about halfway through, as the melody transforms into something sweeping and panoramic, the vocals turn clean and soaring, with a memorable melodic hook — and they’re just as good as the harsh, savage renderings. 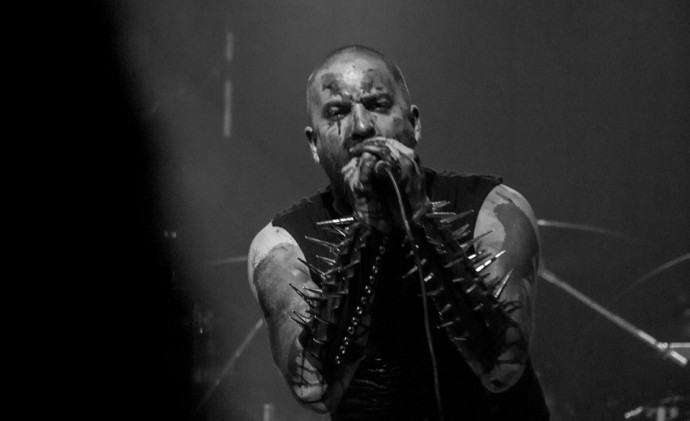 Yes, it turns out that there’s almost as much “classic heavy metal” in this passionate song as there is plundering black metal and thundering death metal, and to their credit Tormentium make this heady blending of styles work extremely well.

If you’re interested in learning how this musical tale unfolds on the path to its conclusion (and you damn well should be), Bound To the Depths will be released on March 25 by Exile Music(k) on cassette tape, limited to 100 hand-numbered copies, as well as digitally and on CD (the limited CD edition should be available by late May or June). The tape version will include a fold-out lyrics poster that looks like this: 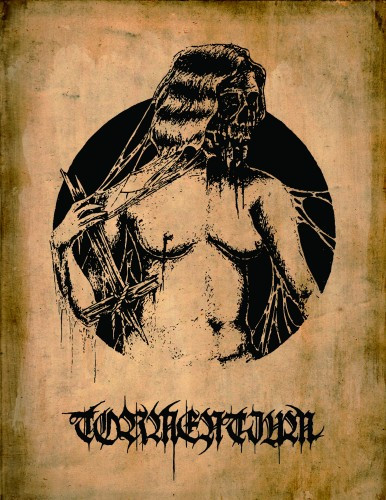 As previously reported, an album release show is scheduled on March 25 in Eugene, OR, at Old Nick’s, featuring In the Name of God, Daemoniis ad Noctum, and Ninth Moon Black.

Below you’ll find streams of both the songs we’ve premiered to date, including the new musical odyssey named “Coils 1: Void of Muse“:

5 Responses to “AN NCS PREMIERE: TORMENTIUM: “COILS 1 – VOID OF MUSE””