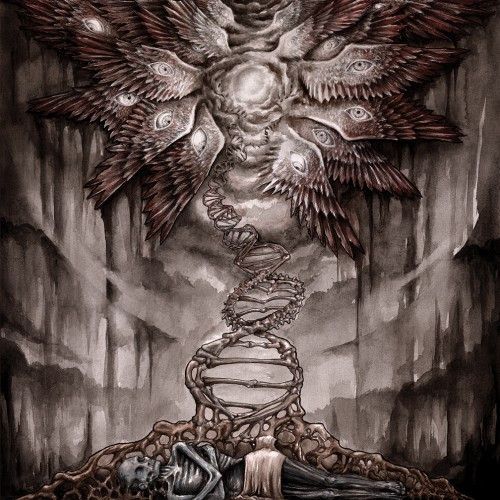 More than five years have passed since the last full-length by the Bay Area’s Palace of Worms. This one-man project hasn’t been entirely silent in the interim, contributing to splits with Mastery, Botanist, and earlier this year Thoabath, but next month we will see a new full-length. Not surprisingly, given the elapse of so many years, it reflects some changes in the interests of Balan, the man who inhabits this palace (and also dwells within the ranks of Ordo Obsidium and Botanist). In his words:

“The Ladder is the culmination of nearly three years of work creating a diverse record that properly reflects its creator’s life during the period. Drawing influence from not only black metal, but from death, doom, goth and dark ambient. Each song brings the listener further up (or down) the ladder and at the top is the beginning and the end, the end and the beginning. Acknowledge existence with its limitless horrors and your pain will set you free.” 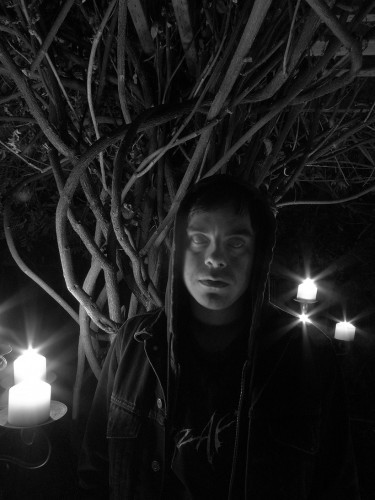 What you’re about to hear is a track from The Ladder named “From the Ash”, and after reading Balan‘s introductory comment it may surprise you.

It’s off to the races from the very beginning, an adrenaline-charged gallop lashed by whipping tremolo chords and blasting drums, with a bounding bass line. But although Balan‘s snarl is caustic enough to scald the flesh, the melodic thread in the music is a bright and attractive one with the capacity to easily ensnare the listener. When the pace slows, the melody assumes an eerie and perhaps sinister cast, and that riveting bass performance becomes even more noticeable as the hard-charging drums take a breather. An extended, rippling guitar solo by guest musician Ephemeral Domignostika (Mastery, Pale Chalice) provides an eye-opening fireworks display to end this thrilling song.

It would go too far to say that “From the Ash” encapsulates everything on this album — it’s too varied for that kind of summation — but it makes for an attention-grabbing and highly addictive introduction to Palace of Worms’ finest work yet.

Balan was assisted by some other guests on The Ladder, in addition to Ephemeral Domignostika (who provides another guitar solo on “Strange Constellations”):

The album was recorded by Eric Iverson, mixed by Greg Wilkinson (Earhammer Studios), and mastered by Jack Shirley (Atomic Garden). The artwork is by Corviid Art, with layout by Kevin Gan Yuen.

The Ladder will be released on April 8 in a variety of formats — on vinyl (with download cards) via Broken Limbs Records and on tape from Acephale Winter Records and Sentient Ruin Labs. Links for ordering are collected below.

5 Responses to “AN NCS PREMIERE: PALACE OF WORMS — “FROM THE ASH””