After wrecking eardrums with 1349 and Full of Hell on the Chaos Raids tour, the Brooklyn band is stepping further into the darkness on their new EP All Empires Fall. It might not seem  as grim a journey, with the increased focus of their song-writing lighting the band’s way, but it is a powerful addition to their legacy.

Without a doubt, things have changed for this Brooklyn band since releasing Winter Hours in 2009. Some of those changes include the band’s line-up, which now includes Fade Kainer from Batillus / Statiqbloom. Kainer’s industrial side is set back in the shadows as a slight drone launches them into the solid metal chug of the opening instrumental “The World Is Made of Fire”, with the band lashing themselves into straight-up black metal for “Obsidian”. But it’s not just full blast ahead. These guys have more tricks up their sleeves with Kainer‘s synths adding a new depth to the band’s post-apocalyptic sonic layering. 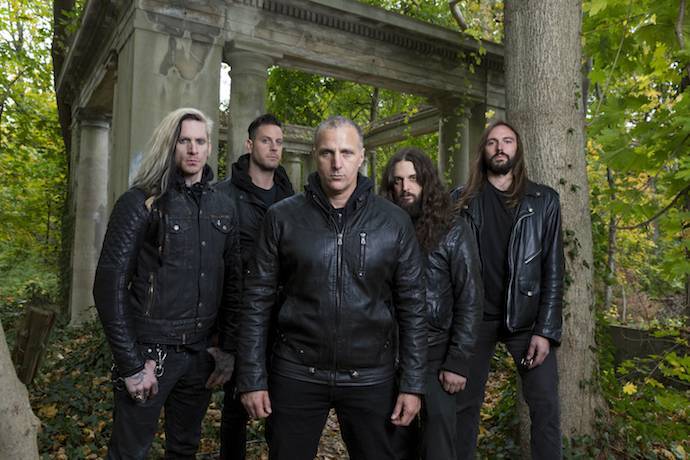 The darkness rolls in on “Last Days of Sunlight”. This finds the band reaching the next level. Mike Hill comes in with a low, spooky croon. The music slithers around him in an almost exotic death rock fashion. This is not the first time we have heard this side of the band, they are just able to more fully embrace it after having shed the more abrasive black metal elements.

The tribal drumming of Vaura drummer Charlie Schmid follows the bass-driven beginning to “Deceiver”. The crunching punch packed here makes you forget the more sonic wall of tremolo picking from previous albums as the verse riff carries the song with Motörhead-like drive before chugging like a train into the chorus.

You might have already caught the video for “V” that has been burning up the internet over the past week or so. This song finds the band blending all the dark components I seek out in music and tactfully working them into one song. 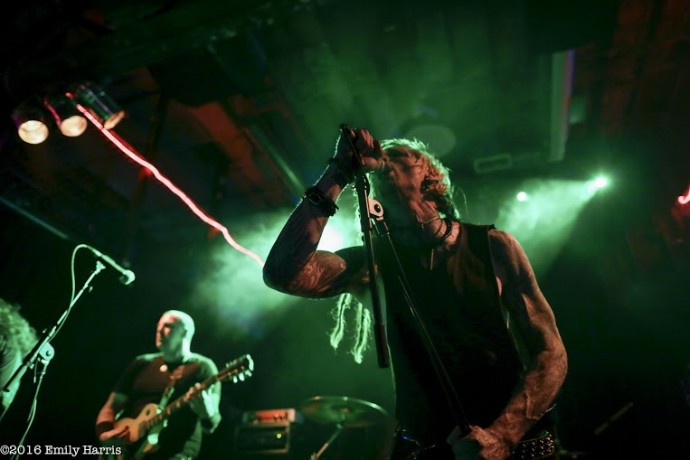 This more song-focused sound will kick down the doors to a wider metal audience, who might not have been able to handle the black metal of releases like Path of Totality. Far from a compromise, this album feels very natural, like the next logical step of growth for Tombs — an organic change that is only complemented by the new members. With the tracks on this album defying the scrutiny of genre scenes, it’s all about the songs. After all, songs rather than sheer heaviness are what makes music stand the test of time.

Personally, I am okay with the decrease in blast beats since the songs stick with me in a way that makes me look forward to going back for repeat listens, invoking the same kind of excitement about music I used to have as a teenager. Even though the EP is only four minutes shy of the 28-minute run time of Reign in Blood, I would have preferred a full-length to an EP, as this still leaves me wanting more. Relapse is going to spawn this beast on April 1st.

All Empires Fall can be ordered from Relapse here or digitally via Bandcamp:

3 Responses to “TOMBS: “ALL EMPIRES FALL””