As previously reported a couple of weeks ago, Atlanta’s Withered are primed to release their first new album in more than five years. This one is entitled Grief Relic and it’s coming out on May 27 via Season of Mist. One song named “Husk” got its debut at DECIBEL on March 7, and today Revolver brought us another one named “Feeble Gasp”. Here’s a statement about the song from guitarist/vocalist Mike Thompson:

“This song was designed to capture the glory of of levity experienced at the peak of extreme emotional or physical suffering. It’s the bright crisp moment when your psyche detaches from the suffering and you are afforded the opportunity to perceive beyond the limits of your pain. It’s somewhat of a traditional energy for Withered so I think there is a sense of comfort that accompanies the experience.”

The new song is a lurching stagger, as heavy as a lead-filled coffin being dragged to a sodden crypt, with the journey interrupted by bursts of drum blasts and knife-edged chord slashes. Accompanied by a mix of vocal roars and shrieks and a bubbling-lava bass performance, it’s a bleak and blasted rumble. Another promising signpost on the way to Grief Relic’s release. 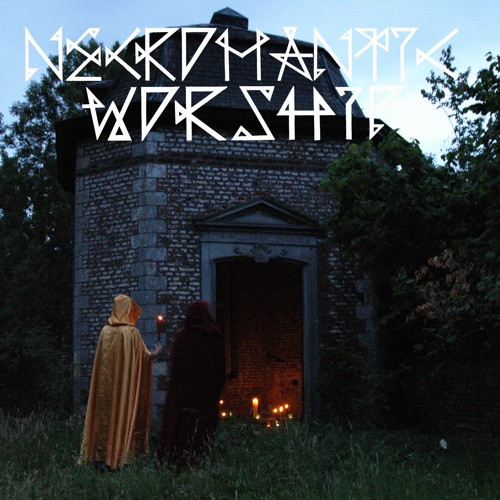 Necromantic Worship is a Dutch occult black metal band who claim inspiration from the old Greek sound. They have a five-song demo named The Calling that will be released by Nuclear War Now! Productions, with a “diehard edition” and bonus tape coming from New Era Productions.

I first learned of the band when their 2015 demo Spirit of the Entrance Unto Death appeared on a year-end list we published from Semjaza of Thy Darkened Shade. This new demo includes Daemonomancer from Goathammer on drums and guitar leads by Zagan from Countess, in addition to the core duo of Ghûllzaraën and Xarangorth.

I had some idea what to expect when I heard the first new song, “The Scarlet Whore”, but it still turned out to be a wonderful surprise. The occult tones of the organ set the stage at the beginning, but the mystical atmosphere is soon transformed into something poisonous and perilous by the frenzied vibrations of the bass, the thunder of the drums, and the gasping, reptilian vocal excretions. The ghostly keyboards repeatedly surface again, accompanied by ritualistic pounding and inflamed incantations, and the song also includes a riveting, reverberating guitar solo. A transfixing manifestation of black art…. 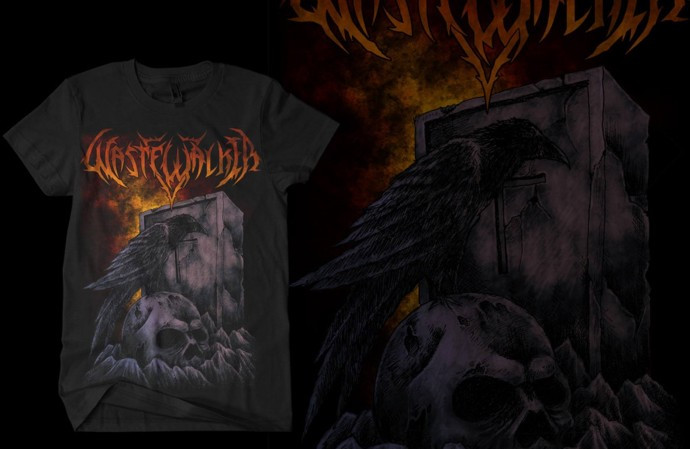 This next song was recommended by my comrade DGR, who tends to keep his finger on the pulse of things happening in Sacramento (and elsewhere). As he explained, “Wastewalker is the new metal band from the main songwriter of Conducting From the Grave, guitarist John Abernathy, and features Cam Rogers of Alterbeast (Unique Leader Records) on vocal duties, as well as Justin Tvetan of Journal on drums, Nate Graham (Sepsis) on guitar, and Joel Barrera (ex-Psychosomatic) on bass.’

They’ve recently released a new single named “The Consumption”, which is available as a free download on Bandcamp. There’s a lot of eye-popping technical acrobatics in this romping song along, with a mix of guttural growls and hair-on-fire shrieking. But within all the head-spinning instrumental fireworks there lurks a seductive melody — as well as a hell of a guitar solo.

Wastewalker are also looking for funds to record a debut album, which will be entitled Funeral Winds, and they would be grateful if you would head over to their Bandcamp page and pre-order a T-shirt. 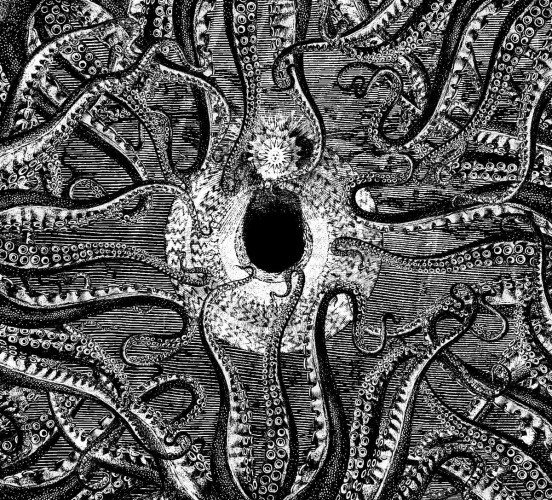 Nornahetta are yet another Icelandic black metal band, and a new discovery for me. On April 30, the Portuguese label Signal Rex will release an 80-minute album named The Psilocybin Tapes, which is a compilation of four previous digital releases by the band, recorded in Iceland and mixed by Sérgio Prata Almeida at Nirvana Studios in Lisbon.

The one song I’ve heard from this compilation so far is “Gathered Amidst Rotting Vegetation”. Prepare yourself for a lot of lo-fi grit and grime, along with some ugly croaking vocals — but though the music is coated in murk, you may also find it hard to turn away from it. The rhythms and pacing change drastically, and the dissonant melodies that seep through the sounds of this sonic demolition project do have a strangely attractive psychoactive effect.

The Psilocybin Tapes CD, as well as shirts, are available for pre-order at Bandcamp 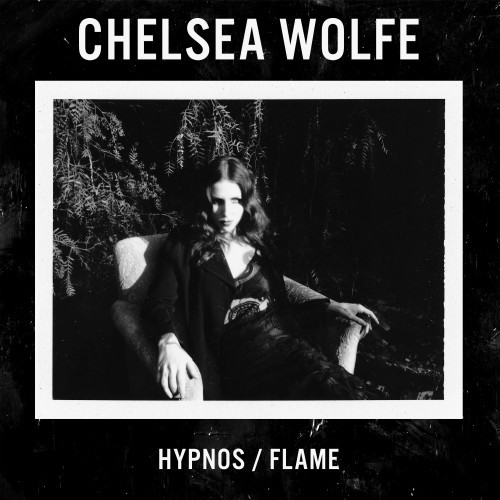 To conclude this round-up, here’s a Chelsea Wolfe song and video that premiered today. The song is “Hypnos”, which is one of two being released as a 7″ vinyl (Hypnos/Flame) by Sargent House on April 1. Both songs are described as “b-sides from her most recent album Abyss” — and both songs will also appear on a special version of that album, available digitally April 1, which will also include demo versions of album tracks “Grey Days,” “Simple Death,” and “Survive”.

The press release we received includes these words about the video:

“The video features Wolfe draped in serpents, fading between fleeting moments of clarity and pixelated visual noise. Hypnos was the Greek god of sleep, and this video translates Wolfe’s distorted love song of the same name into a stark, black-and-white hallucination. The video was self-directed by Wolfe, shot and edited by Ben Chisholm with additional camera by Ricky Verrett.”

It’s a minimalist song — with Wolfe‘s ghostly voice accompanied only by guitar and a bit of ambient shimmer — but it casts a dark spell. The song may be named for Sleep, but it’s the kind of sleep born of venom, shrouded in a pall of doom but with moments of cold and memorable beauty shining through.

The new 7″ can be ordered here, or on iTunes.