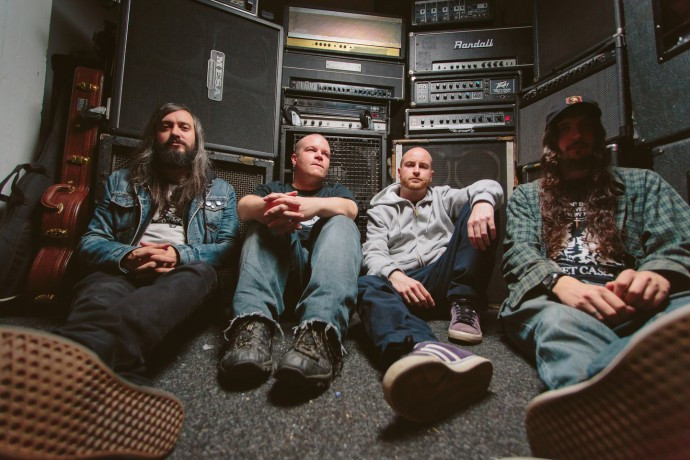 We are about to bring you the premiere of a music video for a song called “The Block” by The Bendal Interlude from Liverpool, England. Like all music videos, there are sights and there are sounds. In this one, I think the sounds are very good. As for the sights, IT’S SO DISGUSTING THAT IT’S ALMOST UNWATCHABLE.

I put that warning in ALL CAPS in an effort to ensure that you pay attention. I would add that I’m not a prude, and instead pride myself on having a sick sense of humor that leans heavily on bodily functions for comedic value. But this video made even me want to heave (though in fairness, some people say I have a weak stomach). The band provided this comment about it: 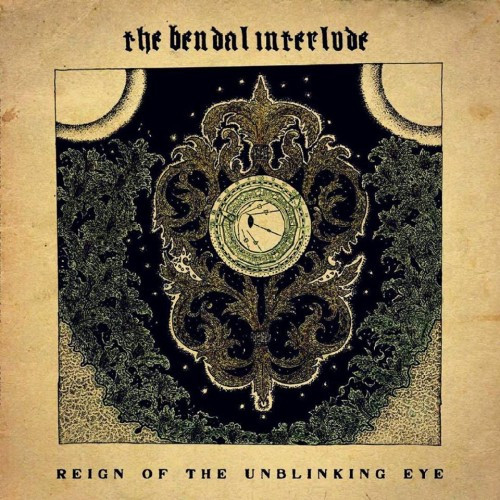 “Where our previous video for the track ‘Ron Salmon’ was heavily influenced by films from Troma Entertainment (Toxic Avenger/Sgt Kabukiman NYPD), the new video for ‘The Block’ draws more influence from the films of Frank Henenlotter (Basket Case/Brain Damage), swapping the large-cast, multi-location splatter-fest for a darker, more claustrophobic and hallucinatory struggle between one man and a monster of his own making.”

For “The Block”, the band partnered again with film-maker Tom Lee Rutter of Carnie Film Production. As they explain, “All footage was shot over two messy days in [vocalist] Nat’s bathroom, with all physical special effects being created on-the-fly with household items, and a fake arse from a local joke shop.”

I must admit that even using such lo-tech items, Mr. Rutter and his star performer did such a convincing job that I experienced waves of nausea — though the sickest part of my brain was cackling while the part responsible for the gag reflex was fighting a mighty battle to keep my lunch in my stomach.

I’m informed, by the way, that this video has led to the formation of a new production company, appropriately called Splatterlog Industries, through which he and Nat will release “their more visceral, ludicrous, gory output”, and that a feature-length film called Vomit Cop is already in production. I’m trembling in anticipation.

Well, enough about the sights — though I’m not sure there can really ever be enough. Let’s discuss the sounds for a moment, shall we? “The Block” is a rumbling battle-tank of teeth-rattling bass and thick, skull-carving riffs, with drumming that goes off like gun shots. The melodic aura of the music is as ominous and predatory as its physical effect is bludgeoning, and the vocals are the throat-shredding eruptions of a man whose feet are being cooked with a blowtorch.

When the band slow the pace and begin to hammer with intensified viciousness, heads will bang hard. And although this bulldozing track is capable of laying waste to your skeletal structure, it’s also as catchy as chlamydia. Although you’re all grown and capable of making your own decisions, I would suggest that to gain a full appreciation for the song, you listen to the video’s soundtrack at least once with your eyes closed.

“The Block” appears on The Bendal Interlude’s new album Reign of the Unblinking Eye, which will be released on April 1 by Black Bow Records. It’s the band’s first full-length after four EPs. According to guitarist Stu Taylor, a more autobiographical approach has been taken with the lyrics on these songs as compared to previous recordings, “with themes including time spent with partial face paralysis, a tendency to lose things, favourite tapestry, bare-hand toilet unblocking, plus the usual collection of vaguely connected lists of obscenities.”

The album is available for pre-order HERE. And we’re also including below the video a stream of the album’s first single, “Creeks Gigantic”, which premiered at Pure Grain Audio last month.

5 Responses to “AN NCS VIDEO PREMIERE: THE BENDAL INTERLUDE — “THE BLOCK””