If there is one overriding theme in a bunch of my reviews here at NCS, it has been a want to describe much of the death metal genre’s method of musical devastation on a cosmic scale. In lieu of the gore-splattered viscera that often seems perfect for describing the various collections of intestines that death metal often romps around in, I’ve found that planetary annihilation, destruction of universes, and universal phenomena have time and time again been perfect for drawing allegories when writing around the differing arsenals of blast beats and guitar-fire trench-runs that many death metal bands get up to.

I have been recently trying to change this up a bit. I know that constantly seeing the same descriptors over and over again can make it seem like authors have copy+paste notebooks next to them when writing reviews. But there is one band for whom I feel I must make an exception, and that is Spain’s sci-fi brutal death metal architects Wormed — because Wormed are death metal on a cosmic scale, and nothing would be more fitting as a descriptor of the gamma rays of a dying star destroying a nearby galaxy than an album by Wormed; that could be what has happened within even one of their songs.

Plus, up until 2013’s Exodromos, it’s not as if we could pretend this was an opportunity that would present itself frequently. But coming in hot three years later is Krighsu, Wormed’s late-March followup to Exodromos, and it promises a return to the maddening sci-fi machinations of a band who occupy their own realm of hammering death metal, with a helping of growls so low they could rumble the Earth. 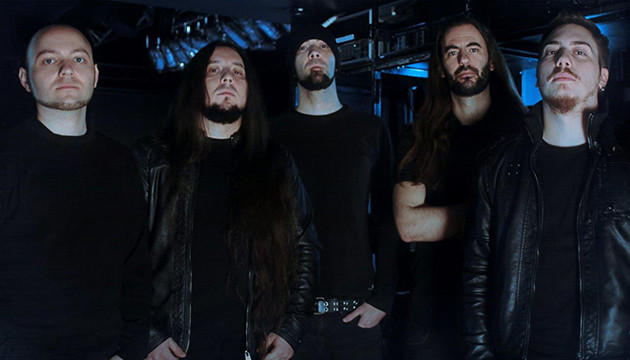 Krighsu is actually a concept disc — though you initially wouldn’t know it if you were just to expose yourself to the blast furnace of music. The album actually begins with a series of crashing guitar segments that one could quickly equate to the start of a Behemoth song, before the band settle into a hefty groove that allows vocalist Phlegeton to roar over the top of it. The album’s opening song “Psuedo-Horizon” is probably one of the kinder ones, in terms of the word-salad song titles that comprise much of Krighsu, but it is also a damned good intro, not only to the tempo of death metal that Wormed like to play (lightspeed), but also to the sort of grooves that the band tend to stick with (monolithically heavy, neutron-star dense). Within the span of one song Wormed switch between different segments at the drop of a hat, displaying an almost voracious appetite for mind-bendingly fast guitar sections before just as quickly switching to the next inhuman batch of growled-out segments of song.

Krighsu is partially an exercise in absolute dissonance with a machine-like quality, and the musicians within Wormed play that up to the fullest. The drumming has that hyper-precise, piston-like quality that is often equated with tech-death, and Wormed inhabit a realm in between that is all their own. They are partially brutal death, partially technical death metal, and they often combine the two to create a violent atmosphere of roiling winds. Phlegeton’s vocal style is extremely low and often grunted in two- to three-word sentences. Album closer “Molecular Winds” is one of the few examples of a song that really feels lyrics-driven. More often than not, the man is just as percussive as Wormed’s low end.

There exists a concept in end-of-the-world scenarios involving nanotechnology that is often referred to as the “grey-goo” scenario. Website Exit Mundi — which for a brief period in the mid-2000s archived dozens of end-of-the-world scenarios — has an article based on the idea that nanotechnology could one day devour all matter in the universe. I bring this up in part because Krighsu deals in somewhat similar subject matter, with songs like “The Singularitarianism” and “Computronium Pulsar Nanarchy” drawing a picture of a much wider expanse than what you might initially expect from the brutal beatings that Wormed are delivering song after song.

More often than not, it feels like the tech-death genre’s fascination with science fiction and philosophical subject matters can be boiled down to the image of an old man with a beard waving his hands in the air warbling, “SpaaAAAAAAAAAAAAAAAAAAAAaaaaaaaAACE,” over and over. Wormed have lyrical passages such as:

At the very least, it feels like they are the masters of their own bullshit, god be damned if you initially understand it through that massive growl or not.

Given Wormed’s penchant for what is essentially mechanized warfare in song form, it isn’t shocking that Krighsu contains very few segments where you can catch your breath. In general, Krighsu is an extinction-level assault from front to back. Even the times when you get a breather, as on the track “57889330816.1” — which unfortunately is not a song, much as I would kill to see someone yell that title whilst playing it live — usually come at the end of a nuclear-assault song like “A-Life Omega Point”, or in the case of our massive-collection-of-numbers track above, spills into one like the hammering “Zeroth-Energy Graviton”.

A trip with Krighsu is not a trip recommended for the weak, because like a lot of brutal-death albums, Krighsu is a massive, dense disc that does not let up. It has a pretty short run-time that actually loops rather quickly, but the music contained within is like being pressed to death under lead weights. Thirty-five minutes feels like it goes by in the blink of an eye, but it is probably one of the most vicious blinks that you will have had in some time.

Krighsu is a wave of destruction that radiates outwards, leaving nothing but razed foundations in its path. The band contribute mightily to the creation (or destruction) of a massive universe, and in some ways the listener is nothing but a lone sputnik-sized object floating through it, hoping not to be caught in the gravity well of the next song — lest they be crushed to death by just how heavy Krighsu is.

Krighsu is out now and available on Bandcamp: