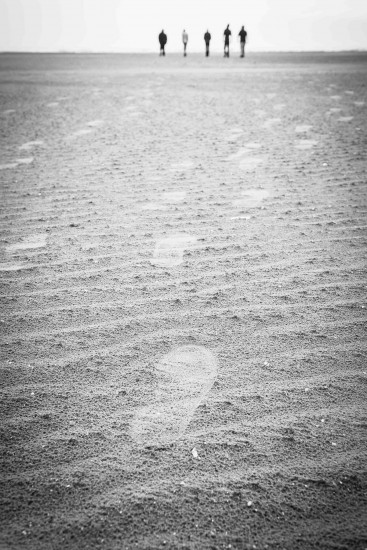 (In the 71st edition of THE SYNN REPORT, Andy Synn reviews the discography of Code.)

For whatever reason I’ve decided to stick close to home again for this edition of The Synn Report, following up the beefy Death Metal of Dyscarnate with the category defying, blackened-prog vibes of the legendary Code.

Though originally a joint venture between members from Norway and the UK, with strong ties to such groups as Ulver, Dodheimsgard, Indesinence, Season’s End, etc, the current incarnation of the band is an entirely British affair.

However, despite the many changes in the band’s line-up, and the ever-changing, ever-evolving nature of their sound, there remains an undeniable and intangible thread of identity and continuity within their music, running all the way from the very first track of their debut, Nouveau Gloaming, to the final climactic notes of last year’s phenomenal and shamelessly progressive mut. 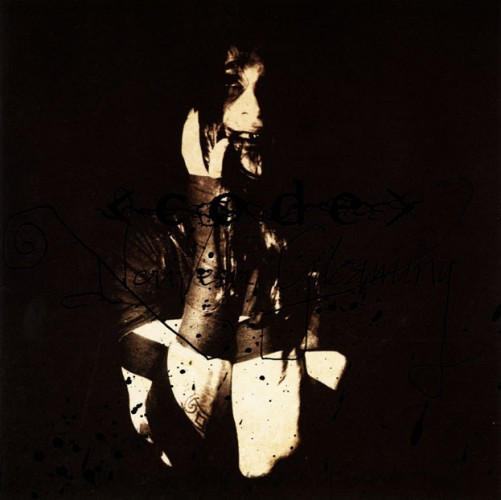 The band’s debut races out of the gate with the spitfire hooks and infectious grooves of the decidedly Satyricon-esque “The Cotton Optic”, which benefits not only from a scathingly savage vocal performance from Kvohst but also some impressively nuanced bass work courtesy of the band’s low-end lothario, Viper.

“Brass Dogs”, by contrast, ably showcases the band’s nascent progressive ambitions with its unsettling use of clean vocals and swaying, paranoia-inducing rhythms eventually giving way to venomous cascades of pure blackened fury and contempt, continuing to switch back and forth between these two diametrically opposed approaches over the course of its almost eight-minute run-time.

“An Enigma in Brine” lives up to its name by continuing this enigmatic pairing of grim Black Metal nihilism with bold swathes of gloomy, almost gothic progginess, while the menacingly majestic “A Cloud-Formed Teardrop Asylum” at first has a much more doomy aesthetic to it, which eventually dissolves into something much more ashen and, dare I say it, “avant-garde”, laced with enough grandiose clean vocals and prominent, winding bass work, to make Borknagar blush.

The macabre grooves of “Æon in Cinders” pull things back in a much heavier and more aggressive direction, the rolling kicks and whip-crack snare shots of ex-Ulver drummer Aiwarikiar propelling the song forwards with a palpable intensity (particularly during its raging second half).

Follow-up “Tyburn” kicks things up a notch further, however, with a display of utterly rampant blastery starting the track off in high gear, before it drops back into a despondent, prog-inflected waltz that flips between sombre harmony and sullen hostility without missing a beat.

The anguished, throat-scarring scream and mountainous, doom-laden riff that introduces “Radium” indicate with no uncertainty that something wicked this way comes… and the song doesn’t disappoint, writhing in cold, metallic agony through a series of pitch-black, Death Metal-tinged contortions that make the song one of the outright heaviest (and hookiest) compositions on the entire album, before the chilling, borderline hypnotic, strains of “Ghost Formula” bring the whole thing to a close in an appropriately esoteric, atmospheric fashion. 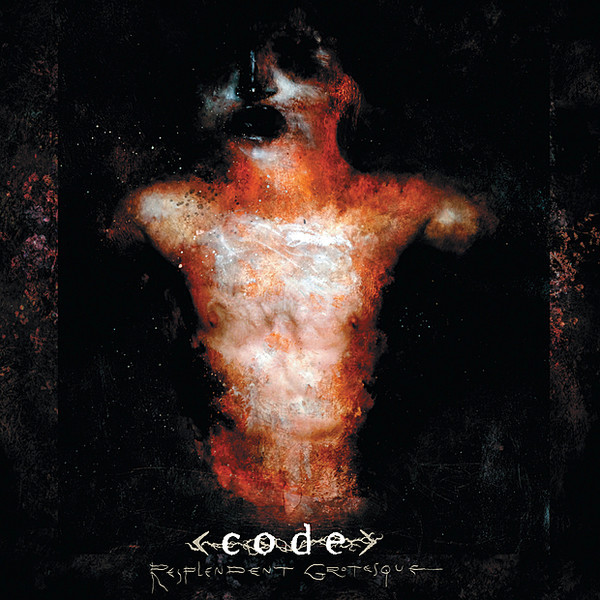 Widely considered the band’s best album, as well as something of an unsung Black Metal masterpiece in general, Resplendent Grotesque begins with the ravishing grimness of “Smother the Crones”, whose blackened thrash-prog attack is practically bulging at the seams with razor-sharp riff work and esoteric, melody lines.

Track two, “In the Privacy of Your Own Bones”, adds some extra touches of metallic extremity to the band’s bubbling witches’ brew, blood-spatter blast-beats and saw-toothed, angular riffs leaving ragged scars across the song’s undulating, eerily progressive canvas, with Kvohst’s always intriguing vocals transitioning smoothly between a chillingly compelling croon and a savagely serrated snarl almost in the space of the same breath, while the brooding “The Rattle of Black Teeth” teases the ear with a mixture of hypnotic dissonance and sublime melody reminiscent in places of Novembre at their most melancholy.

Packed to the gills with snarling vocals hooks and skin-shredding Black Metal riff work, the adversarial “Possession Is the Medicine” offers the perfect antithesis to its predecessor’s moody melodicism, before “Jesus Fever” pushes things even deeper into Prog territory, Kvohst’s soaring clean vocals giving the (un)holy trinity of Hedlund/Hestnaes/Rygg a real run for their money, whilst the laser-like focus of session drummer Adrian Erlandsson provides the song with a truly intense percussive undercurrent.

“I Hold Your Light” is a somnambulant trip of paranoia-inducing Prog and strange, post-Black Metal strangeness which culminates in a gorgeously expressive, soaring melodic solo, after which “A Sutra of Wounds” raises the bar even further with its refractive, multi-faceted melodies and bleak, obsidian atmosphere, coming across like a hitherto undiscovered collaboration between members of Anathema and Enslaved.

The album’s final track “The Ascendant Grotesque” ends things on a ridiculously high note, bringing together every esoteric element of the band’s sound – their intricate, intense riff work and mournful melodies, their lithe, lugubrious bass lines and creatively complex drumming, the dramatic clean vocals and desolate howls of vocalist Kvohst – and whipping them into a spellbinding progressive frenzy that sets them head and shoulders above their peers and rivals alike. 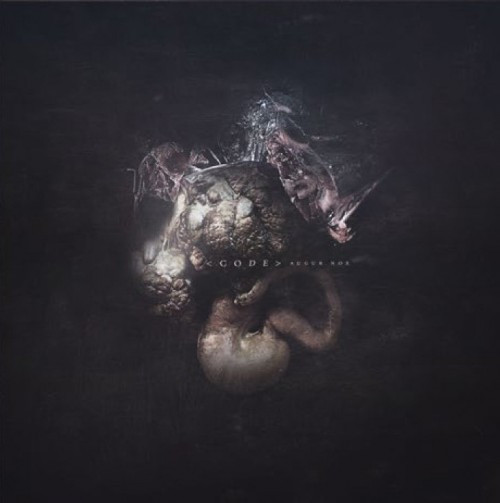 Despite a four-year gap, and some significant line-up changes, it only takes a few bars of “Black Rumination” to demonstrate that the band are still on top form. Less overtly “grim” in both style and substance, the track unfolds as five solid minutes of powerful progressive pummelling, incorporating some rib-quaking staccato riff work, ethereal, ambient soloing, and a series of brilliantly dramatic and stunningly emphatic vocal lines courtesy of new singer Wacian, whose stirring, emotive croon and scourging snarl at times recall the rabble-rousing delivery of Primordial’s Alan Averill.

With its tangled hooks, twisted rhythms, and theatrical vocals, “Becoming Host” would certainly appeal to fans of Leprous, et al, though its moody, hypnotic undertones are most certainly of a darker hue, while the more aggressive and impactful “Ecdysis” hints back towards the band’s Black Metal roots, with Wacian’s barbed vocals initially taking centre stage in front of a backdrop of stabbing, strobing riffs, before the track metamorphoses into something much more textured and progressive.

“Glimlight Tourist” somehow blends its twitchy, stuttering riffs and enigmatic vocal melodies into one cohesive, impulsive whole, even as it cavorts and contorts itself into ever more intriguing shapes, while the ambient interlude of “Dx” provides a necessary breather before “Garden Chancery” picks up the pace once more with its propulsive, pounding drum work and bold, brazen hooks

“The Lazarus Cord” is seven-and-a-half minutes of obsidian-edged doom ‘n’ gloom, Wacian’s eerily compelling melodies drifting languidly over a series of thrumming chords, rippling bass lines, and sudden, stultifying spasms of metallic venom, whereas “The Shrike Screw” is a slimmer and more self-contained piece of work, comprising four minutes of subtly technical instrumentation (particularly in the fluid string work of new bassist Syhr) and gorgeous, melancholy vocal harmonies reminiscent of Pink Floyd at their very best, that builds to a surprisingly heavy conclusion.

With “Trace of God” the band give the album a real injection of otherworldly energy, new sticksman Lordt putting in an impressively energetic yet nuanced performance behind the kit, whilst Wacian’s multi-faceted, mellifluous vocals, continue to showcase the quintet moving in ever more progressive and unexpected directions.

Augur Nox concludes with the proggy menagerie of “Harmonies in Cloud” and “White Triptych”, the former of which brings a certain doomy sensibility to things, progressing from its atmospheric beginnings into much denser, choppier waters, while the latter delivers a rampant display of electrically-charged Prog/Black metallic magic not a million miles away from Ihsahn/Opeth/Arcturus at their very best that practically gallops towards its frankly thunderous climax. 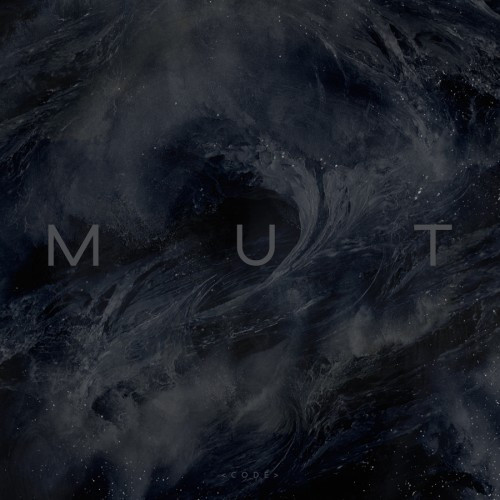 Some of you may recognise this album as one which I picked out to feature in my Critical Top Ten of last year, as it is, without a doubt, an absolutely spellbinding piece of work. Though errant traces of the band’s blackened past can still be found if one looks hard enough, mut sees the group pushing their sound forward into full-on Prog territory, spreading their wings without looking back.

The moody “On Blinding Larks” opens the album in a courageous display of off-kilter rhythms and unusual chord phrasings, overlain with the abstract, dreamlike vocals of the now well-established Wavian, whose unconventionally expressive and emotive delivery has come to recall that of the infamous Steven Wilson (Porcupine Tree, et al) in both tone and timbre.

“Undertone”, with its brooding, ambient undercurrent and sombre stylistic sensibilities, continues to build upon this Porcupine Tree comparison, whilst “Dialogue” has much more of a modern Anathema feel to it, moving seamlessly from complex minimalism and melody to moments of soaring, dramatic emotion – though neither of these comparisons can truly capture the unique and decadently progressive sound that Code have made their own.

Although “Affliction” is a creepy affair – the downbeat pulse of the drums and sullen slither of morose melody lines combining to thoroughly unsettling effect even before the first sudden convulsion of jarring dissonance kicks in – the sweet, seductive darkness of “Contours” which follows does its very best to soothe and salve your jangled nerves with four minutes of shadowy melody and melancholy.

“Inland Sea” is the album’s catchiest number, Wacian’s wandering, half-lucid vocal melodies and esoteric harmonic hooks carried along by the effortlessly interwoven layers of the song’s complex instrumental interplay, which weaves and sways solely to the sound of its own inner drum, leading smoothly into the noirish, contrast-heavy chords and captivating, kohl-lined chorus of “Cocoon” and the jittery, energetic “Numb, An Author”.

The album concludes with the oddly intoxicating vibes of “The Bloom in the Blast” whose blending of odd, avant-garde guitar work, lithe bass lines, and airy, ethereal vocal melodies, makes for a thoroughly unusual, but undeniably effective, parting shot of stunning stylistic strangeness.