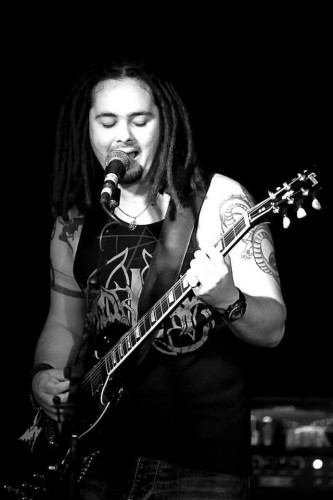 Indica is an experimental psychedelic doom outfit which incorporate influences of stoner and noise in its musical body. Being active since 2012, Indica has lived through necessary lineup changes, yet its core has remained the same – Jayesh Talati (guitars, vocals) leads his project deeper into his hazed trips, or rather real hallucinogenic adventures. The result of his collaboration with new members is the fresh full-length album Stone Future Hymns. Jayesh is here to share the news about Indica and its works.

Hi Jay! How are you? What’s going on with Indica?

Hi Aleks! I am very good, thank you. Indica is currently (at the time of writing) preparing for a Brisbane show with a huge line-up of bands. We are hoping to have a big response after our album release.

It’s interesting to know more about that show — what’s the lineup and how is it organized?

The show, dubbed Dankrupt, is being organized by the Brisbane band Peyote Goat-(ie) (containing members of Indica). They are a spectacle to say the least, with 3 bass guitars, 2 guitars, drums, vocals, and noise, and play very long and repetitive songs. Because of the craziness of it all, they usually “headline” shows they play, but Indica were more than happy to join in the hazy fun. The rest of the lineup includes a nice variety from Brisbane’s underground rock scene. 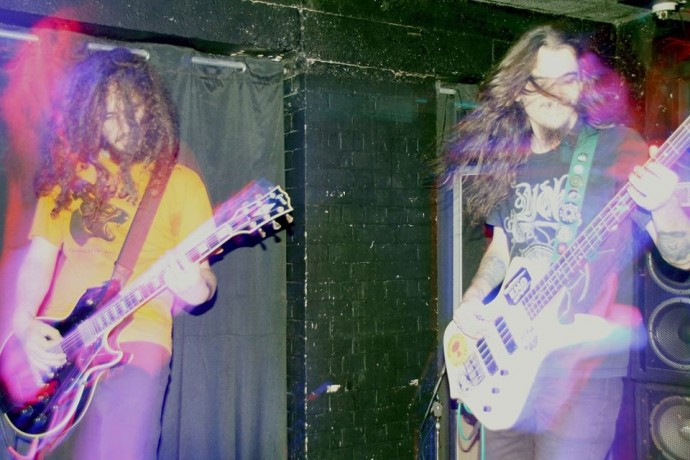 What about the live aspect of Indica? Do you plan to go outside Australia?

We are 100% keen to travel to play gigs, if people want us to play let us know! Anything that seems logistically feasible we will definitely consider!

By the way, what kind of big festivals do you have in your area? And what are the best opportunities for Indica to play live?

Festivals are quite limited really, usually just local shows consisting of 10+ local bands, sometimes a couple of interstate bands too. Indica have played a few of these mini-festivals, which are always heaps of fun. Otherwise, the local scene is really quite friendly with each other, so playing with similar bands is no problem, just mates hanging out really.

Indica seems to be new band. What are the main facts of its biography? How did you gather and concentrate on writing that psychedelic doom stuff?

I’ve actually had Indica going for nearly 4 years, however a constant change of line-up has limited progress. We have a strong group of guys now, so definitely hope to stay this way. Our sound is basically a culmination of our interests and techniques, with just a general direction as a band.

Who are your band mates now? And let me guess — are you chief songwriter in the band?

Indica is now myself on vocals and guitar, Jesse Haywood on guitar, Josh Dawson on bass guitar, and Michael Flint on drums. You guessed correctly! Up until very recently I wrote the skeleton to all songs in Indica’s discography, but in the future we should be performing songs with a much more collaborative effort. 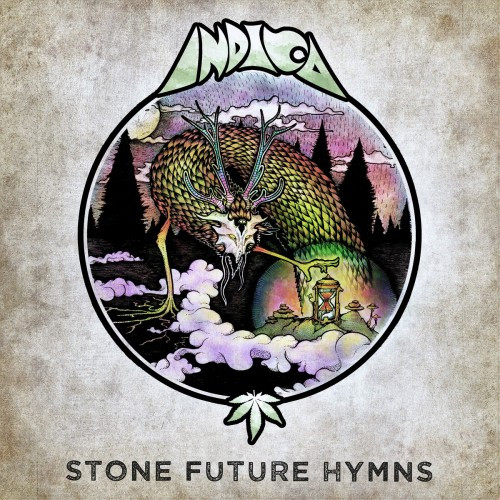 Indica released its first full-length Stone Future Hymns two months ago in digital format; what are the prospects for seeing it in physical format?

We are in the process of having vinyls produced through Tonzonen Records in Berlin! Quite excited for it!

By the way, how do you measure your success as a band? The number of people at gigs, vinyl edition of the album, recognition in online society?

Most of our fans seem to be international. We get many messages and people sharing our music from Europe and the Americas. Our album should help us reach more locally as well now.

Speaking about the album, there are two songs, “Goat of Mendes” and “Om”, taken from your previous EP and single. How long did you work over the three new songs for the album?

Individual songs have come slowly, mainly because of the change in musicians. Even Jesse, our second guitarist, only joined months before recording the album. We are already writing a few new songs though, so a next album won’t be so far away!

What was the most difficult part of the Stone Future Hymns recording? What was your personal success on this album?

The whole recording process went quite smoothly actually! The only trouble we encountered was an upload error from the sound desk to the computer which we didn’t pick up on ’til a week or so later. There ended up being some weird static noises on “Om” which we definitely didn’t want on the final product. Luckily it was an easy enough fix.

By the way, what did you want to express through the album’s title? What’s it about?

I figure it’s a title that could take on a few different meanings, but consider the fact that Indica is focused on spirituality, and the name is a variety of herb… 😉 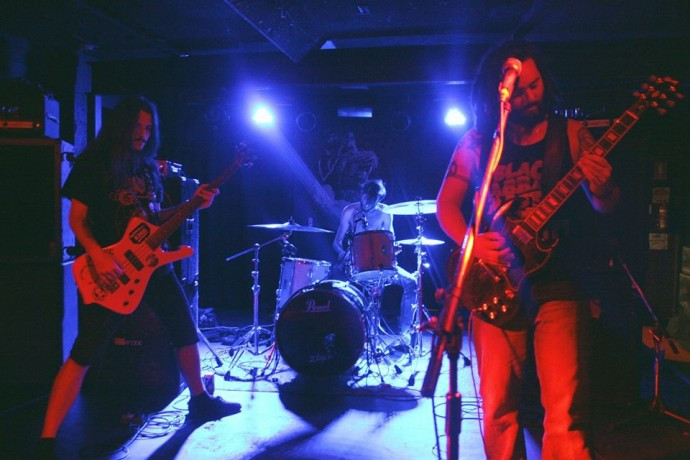 You have the “Om” song on one side and “Goat of Mendes” on the opposite — what is the spiritual component of Indica? What is your message?

As the main songwriter so far, spirituality is integral to my writing. Not necessarily a direct message as such, but rather relaying all sides of the spiritual journey, dark and light, and how we should/should not be living.

Craig Ferguson’s occupation is “noise”, and it is indeed one of Indica’s sound features. Which role do noise elements play in your music?

Noise has been an important element in our sound to create an otherworldly sense. Craig is no longer a permanent member of Indica unfortunately, so from now on the noise element will be significantly less. However, with the second guitar we are experimenting with other sounds and effects to fill out the sound and keep the journey going.

Why do you think that this combination of genres — doom, stoner, and these noise parts — works effectively? How did you discover it?

The thick sound of the riffs truly weighs you down when listening or playing, so having those elements was always the desired effect. The noise aspect was just a spontaneous idea that we went along with for over a year.

What is the most unusual feedback you have had for your music? And a kind of strange question probably — how do your relatives and people who are close to you support your efforts out in the band?

We once had screaming girls after we played our set! That was quite unusual haha!

Most of our family members are very supportive! I know my mother absolutely loves the band! 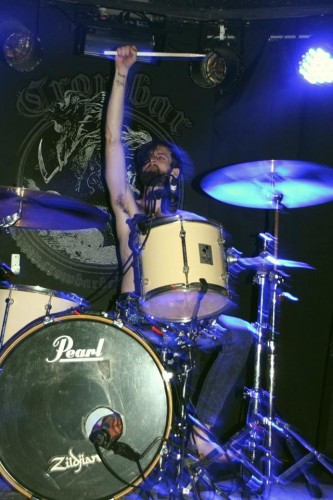 May we say that Indica is an experimental band, or did you already find the right sound and are going to follow it on the next record?

I would definitely say there is an element of experimenting, but I’m not sure if we define ourselves by it. Already our new songs since Stone Future Hymns have a slightly different feel to them, owing to further input from new members. It’s definitely a good thing though haha.

Jay, how do you manage all the promotional questions with Indica?

I’m happy to answer any question relating to Indica, I just be honest and hope to have people understand us and our music.

Well , that was my last question, so let’s sum up… What are your next plans for spreading the word of Indica all over the planet?

We will continue to play and write music to the best of our ability, the music should speak for itself really. Thanks for the interview! Jay