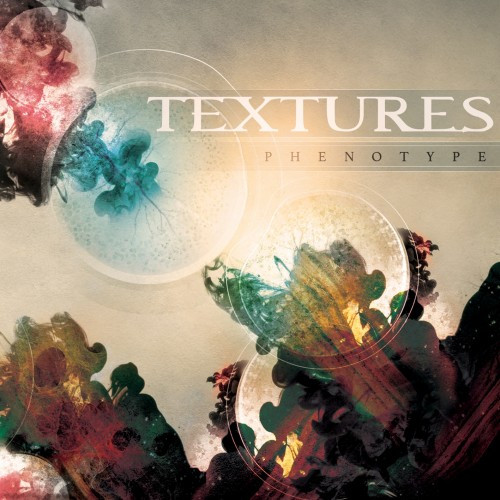 (TheMadIsraeli returns to NCS with a review of the new album by Textures.)

So what’s the result when a long-running, respected force in metal makes an album after the man who was thought to be their mastermind leaves?

Phenotype is Textures best record since Silhouettes without a doubt in my mind. If I have any complaint, it’s that the band didn’t use this rush of inspiration to write even more material, the album having only having nine tracks on it of varying lengths. Those nine songs however, are dynamic, diverse, and intense in a way the music definitely was not on their previous record Dualism, which, despite my enjoying it, was definitely stagnating a bit. 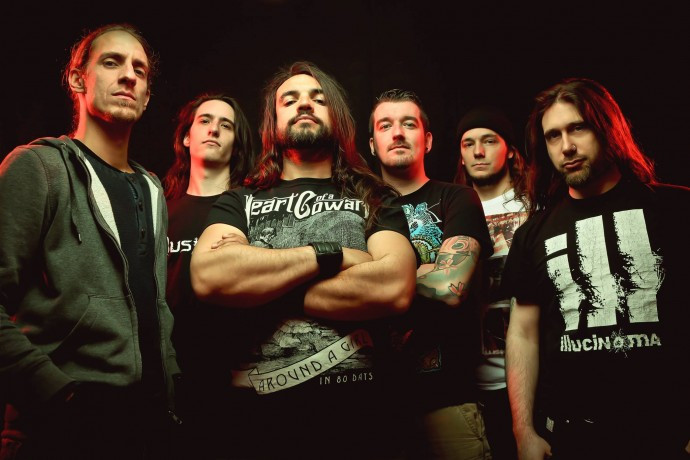 These guys, the original post-Meshuggah, proto-djent band, are on fire again, and it’s invigorating to hear. Upon discussing old trends and such with friends, I remember that this kind of stuff used to simply get labeled progressive metalcore, and honestly in hindsight that’s pretty fair. This is a metalcore record, and the proto-djent bands we know of weren’t anywhere near as one-dimensional as what we have today under the djent label. Textures have elements of groove metal, melodic death metal, and thrash metal, combined with that Meshuggah-influenced sense of syncopated rhythms. It’s the way they combine these elements that makes the sound entirely theirs, and no one sounds like Textures.

“Oceans Collide” is a no-bullshit opener. It’s all heavy, grating, punishing grooves with Daniel De Jongh’s caustic vocal venom. The combination of punchy open/closed-note riffs, huge open walls of sound made of seven-string beef, slight ambient touches the band is known for, and the devastating M-16 rapid-fire of the songs’ industrial-aesthetic mid-section make this song a real trip. The highlight, however, is the close of the song, a drawn-out, ambiguous jazz fusion melodic theme carried out with metal intensity that could’ve been the finale to an old Deftones song. I fucking love it.

“New Horizons” is the most straight-forward song I can recall the band ever doing, and it’s the Textures take on the pop-chorus-driven metalcore single. The resonance of the gorgeous clean guitar intro combined with the totally ’80s vocal melody hook you instantly; the titanic-sized riff afterward is like getting hit by an eighteen-wheeler traveling at 70 MPH. The verse, which is simply single-note chugs, works for what it is, granted that its application isn’t meant to carry the song, but rather to build up to the absolutely fantastic chorus that makes you feel like you’re ascending into the heavens. It’s a fantastically utilitarian song on the front of being catchy and memorable, and the vocal melodies especially carry this one far.

“Shaping A Single Grain of Sand” is interesting because it borrows quite a bit from Daniel De Jongh’s previous band CiLiCe in its stylistic approach.   It’s got a crushingly belligerent main riff with dissonance about that jars your brain every time the impact comes around, and the chorus is very CiLiCe in its weighty, low-end-note-driven base for a powerful vocal melody. The best part of this song for me, though, is the bridge, with its build-up to an oddly thrashy explosion and sick riffs ahoy.

“Illuminate The Trail” I think is the most traditionally Textures song on the album. It might actually remind some people of something you might hear off of Drawing Circles, with its emphasis on the Meshuggah influence and allowing rhythmic intensity and ambiguous vocal melodies to drive the heaviness and hooks. The drawn-out, bluesy mid-section of this song is really the best part, calling on some Evergrey-isms to make a pretty satisfactory crescendo before the song departs with a shredtastic solo and suitable outro.

“Meander” is an odd minute-long drum solo that builds up to “Erosion” quite nicely. “Erosion” is a clusterfuck spider-crawl of lop-sided riffs, contorted drum attacks, and frantic confusion that punches you in the chest like a fist of concrete. The outro solo, which completely changes the mood and fits in with the frantic, disorganized nature of the song, caps it off pretty nicely.

“The Fourth Prime” is, to me, on an objective basis, the strongest song on this entire album. It’s the most compelling, engaging, heavy, and emotionally and audibly intense song on the entire thing.   It’s a sprawling, progressive, seven-minute roller-coaster ride of the band’s polyrhythmic tendencies at their finest, while employing every sort of style and school of riff the band have ever had within their sound. It’s got thrash parts, death metal parts, jazz fusion, groove metal — and the journey culminates in an explosive reprise of the song’s already magnificent chorus. It feels like a pretty killer explosion of intensity at the song’s end as Daniel De Jongh screams, “the question is not how, but when?”, at the top of his lungs, and the song dies a sudden, violent death.

“Zman”/”Timeless” end the album on an emotionally explosive note. A beautiful piano crescendo escalates into an emotive sonicscape that evolves in intensity until it detonates in much the same way as “To Erase A Lifetime” on Silhouettes did. It’s a solid ending, and has a nice ending-credits kind of feel to it, as opposed to trying to top the insanity of “The Fourth Prime”. Smart album arrangement, but nothing I wouldn’t expect from these guys.

Textures aren’t dead, far from it. They just needed a jolt, and losing a core member of theirs since the band’s beginning provided just that.

Phenotype was released by Nuclear Blast in February and can be ordered here.