(We present the third part of a three-part review by Andy Synn of the new triple album by the Swiss phenomenon Schammasch, which is being released today. Part One is here; Part Two is here.)

The third and final part of Triangle is bound to be the most divisive and most hotly debated segment of the album, showing a very different third face of the band which (almost) entirely eschews the metallic menace of Part I and instead finds the band taking the esoteric progressivity of Part II to its logical conclusion, delving deep into a metaphysical void of moody, ambient minimalism, one which is punctuated here and there by exotic instrumental passages and hypnotic drumming rhythms.

It’s the sort of album designed to either be loved or hated – there’s no middle ground here – and it’s also the sort of album that will potentially take more than a few listens to fully appreciate and come to terms with as well.

The opening minutes of “The Third Ray of Light” echo and rumble like the transitory death-throes of an aging star, its meditative undertones asking the listener to let go and open their mind, before a rippling passage of rattling, ceremonial drum beats and strange, arcane melodies begins to build and coalesce in the abstract emptiness, eventually culminating in a gleaming ambient outro.

This ambience is rudely shattered by the sudden spurt of harsh dissonance that opens “Cathartic Confession”, though it’s possible to see this moment as representing the final severing of the ties of the flesh and the physical, allowing the soul to drift freely in a primordial void of slowly pulsing rhythms and wordless, ululating voices, priming it for the transition into the trance-like, evocative strains of “Jacob’s Dream” which lulls the listener into a sombre reverie with its ringing, crystalline melodies and intangible atmospherics.

With “Maelstrom” the band again conjure some of the dark intensity of both Part I and Part II, although it manifests itself in an entirely different aspect. The song’s stark and spartan early minutes – void-like in their desolate vacuity, save for a single, ominous, tolling chord – eventually give way to a sensation of agonising anticipation, with the final third of the track engorging in a thrilling display of primal rhythms and gorgeously intertwined acoustic guitars.

The album… though to call it that seems almost misleading… the experiment, perhaps? the experience?… whatever we might call it, Part III concludes with the titanic climactic edifice of “The Empyrean”, which finds the band reintroducing elements of distorted, atmosphere-drenched guitar work and bleak, cabalistic vocals which recall each of the album’s preceding segments in turn, weaving them into the layers of ambience and nothingness which they have conjured in a manner which, by either coincidence or design, ultimately serves to return the listener to that same point of unuttered potential where “Crepusculum” first began. 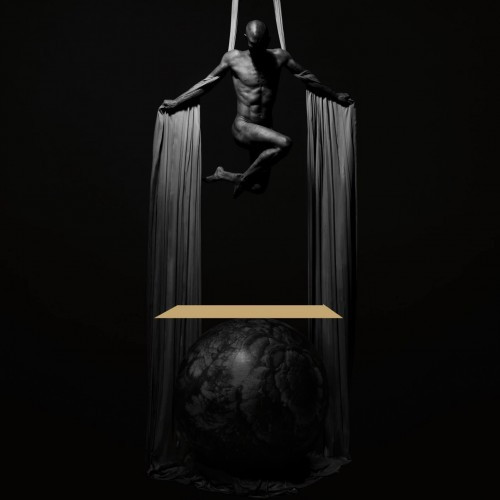 Not only will this doubtless be the most polarising section of the band’s three-disc opus, it’s also the most difficult (for me, at least) to adequately describe, as a lot of what it offers can more clearly be felt than it can be fully explained or exposited. The experience is, as always, subjective, and it seems I lack the adequate vocabulary to truly put that experience into words.

Suffice it to say that Part III of Triangle manages to offer something that is both very different, and yet intimately familiar, as part of the ever expanding sound of Schammasch.

Overall then, Triangle is a true triumph of ambition and creativity. It’s a difficult, often challenging, piece of work to fully come to grips with, not just because of its sheer size but also because of how drastically different (yet deviously interlinked) each separate facet of the album can be.

I can’t tell you yet whether it will ever fully replace Contradiction in my affections – time and circumstance have almost as much to do with why we love certain albums over others after all – but I can tell you that any listener who embraces the experience of Triangle on its own terms, with their eyes, their ears, and their mind open to the spiritual signals it transmits, will find their decision rewarded ten-fold.

Triangle is being released today by Prosthetic Records.

6 Responses to “SCHAMMASCH: “TRIANGLE” (PART III: THE SUPERNAL CLEAR LIGHT OF THE VOID)”