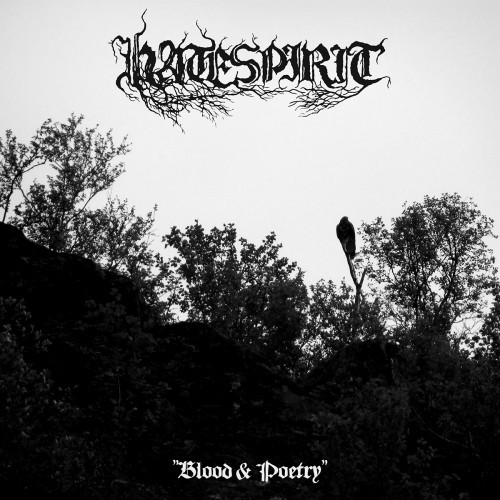 Finland’s Hatespirit are musically manifesting themselves without prior warning, as if bursting into existence like a form of spontaneous combustion. Their first release is their debut album Blood & Poetry, and it was discharged on May 1 via Altare Productions. This is not a timid first step, but a full, 12-song black metal explosion of hatred and disgust toward humankind, combined with a reverence for the mystical and fearsome power of the natural world. Below you can listen to the entire album.

The band’s anti-modernist lyrical philosophy is reflected in their music. At a time when many black metal bands have pushed their song lengths into marathon territory, Blood & Poetry’s tracks are compact and delivered with savage power; they hit like uppercuts to the jaw at the hands of a trained heavyweight. Or perhaps like simulacrums of volcanic eruptions, raging hurricanes, and twisting tornados happening one after the other inside your head. 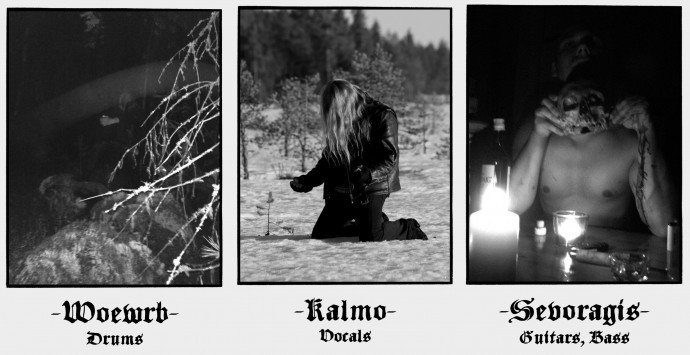 The music is delivered with maximum abrasion and harshness, with a caustic, flesh-eating quality to the distorted, braying riffs and with vocals that epitomize unbounded rage and cauterizing heat. Apart from the compact song-lengths, there are other anti-modernist elements in the music — Hatespirit reach back into the mists of black metal’s vicious past, fueling their songs with punk and d-beat rhythms and explosions of brawling instrumental mayhem that veer into grindcore territory.

As vicious and turbocharged as the music is, they also put some big hooks in these tracks, with killer riffs and compulsive drumbeats. The album is a full-on adrenaline rush that rocks as well as it rips and tears — and it does both things very well. And so although the album is defiantly primitive and feral, it’s not some amorphous mass of ugly noise (though it’s definitely ugly and noisy). Your head may be getting mercilessly battered, but I bet it will be nodding vigorously at the same time.

In short, Blood & Poetry is a very nasty and very welcome surprise, addictive as well as poisonous, and something I have a feeling I’ll still be visiting at year-end. Hope you enjoy it, too.

2 Responses to “AN NCS PREMIERE (AND A REVIEW): HATESPIRIT — “BLOOD & POETRY””