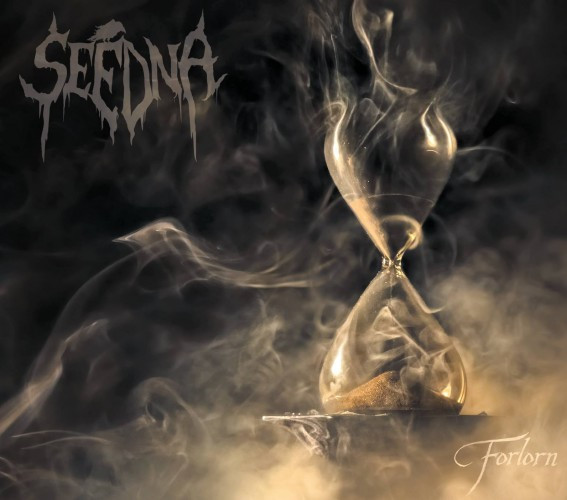 Forlorn is the name of the debut album by the Swedish band Seedna, and it will bring a wintry chill to the deep summer in the northern hemisphere when it arrives in July. Whereas some advance premieres for forthcoming albums amount to little more than tantalizing teasers, what we have for you today is a long, immersive excursion into the spellbinding darkness that lies within this album. If you give yourselves to it, it has the capacity to overpower your senses and take you far away from your earthly surroundings. The name of the song is “Wander“.

At more than 22 minutes, “Wander” is the album’s longest song and perhaps the best representation of Seedna’s power, but Forlorn contains six other tracks, including another long one (“Abyss”, at 11 1/2 minutes). If you fall under the spell of “Wander”, your journey is really just beginning. 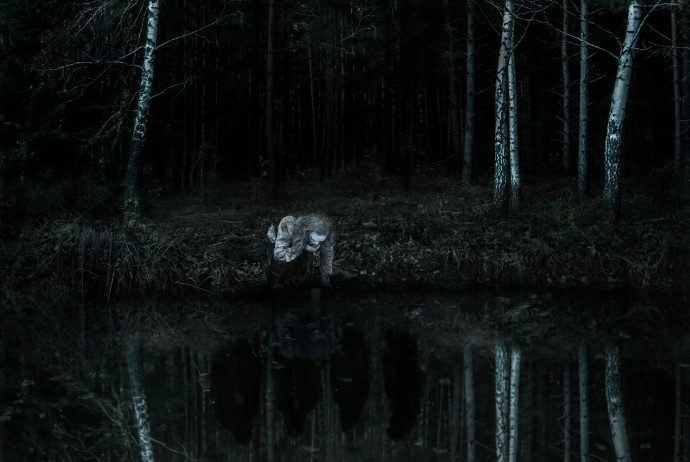 In spite of — or perhaps because of — its length, “Wander” is intoxicating. It interweaves elements of atmospheric black metal, post-metal, and doom in a tide of sound that ebbs and flows but never seems completely part of this world.

Seedna quickly introduce you to one aspect of the song’s power as soon as it begins, with a slow bass and drum rhythm that’s heavy enough to shiver the ground beneath you, accompanied by deep, distant, echoing roars; you may think you’re entering the realm of funeral doom. And Seedna also waste no time beginning to build the spectral atmosphere that haunts the entire song, introducing the eerie shimmer of vibrating guitars.

And from there, through the song’s remaining movements, the band alternately build the intensity and urgency of the music (sometimes erupting in storms of harrowing sound with unnerving shrieks) and diminish the tension in passages of ephemeral, hypnotic beauty. In the song’s mid-section, it becomes a doom-saturated crawl, so wrenchingly hopeless that it seems to manifest a life being crushed out. Near the end, it swells to an electrifying crescendo of hammering rhythms and flickering, phantasmagoric guitars, the vocals rising into lacerating howls. It’s an irresistibly headbanging jam — followed by the haunting, wordless tones of a choir at the end.

Seedna are clearly nothing if not ambitious. Creating a song of this length is an enterprise beset with challenges for any band. You can of course decide for yourselves whether they have surmounted those challenges. In my case, I fell completely under its spell and never felt that it became monotonous or relied too much on repetition. It’s cohesive, yet dynamic, and enthralling in its representation of anguish, grief, and transcendence.

The hourglass on the cover symbolizes the continuation of life after death. Forlorn will be released by Transcending Obscurity Records on July 15, 2016, in a limited-edition digipack and digitally. To pre-order, click the first link below. And to get another taste of Forlorn, check out the teaser that follows our premiere of “Wander”.