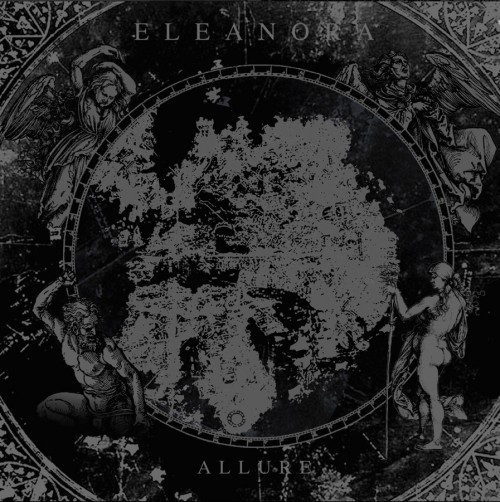 Belgium’s Eleanora launched their career in 2014, releasing both a split LP with Amenra and a self-titled EP, and today Consouling Sounds is releasing the band’s debut full-length, a 45-minute work named Allure. To introduce the album to listeners, we are helping to premiere a full stream of all four songs.

Those who are quick with their math will deduce that the four tracks on Allure are long ones — and they’re as intense, as multifaceted, and as involving as they are long. 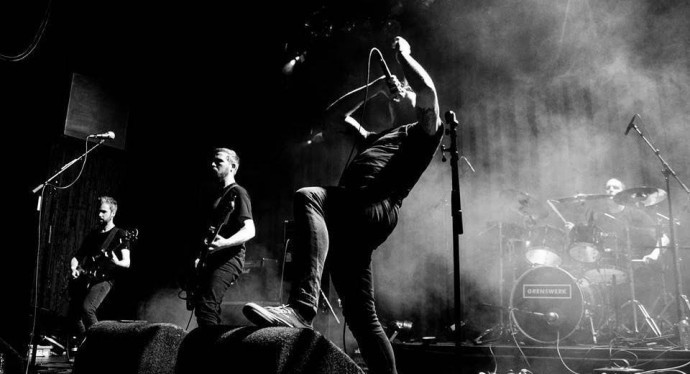 The overarching mood of the album is one of tension and despair. Blending elements of sludge, doom, and hardcore, Eleanora deliver emotionally wrenching and viscerally powerful music. At times, it’s spine-snapping in its heaviness. At other times it’s almost solemn in its bereavement — there’s a tarnished beauty to be found here and there within Eleanora’s soundscape of wrecked souls and emotional collapse.

Though the aura of the music is distressing, the band make good use of the songs’ extended run-times, maneuvering the listener through moments of somber softness as well as catastrophic noise, and passages of bleak, entrancing melody as well as adrenaline-triggering surges of power.

The music’s intensity is attributable in part to the vocals — the kind of violent, unhinged shrieking that makes you wonder how he could have survived the recording sessions. It’s the sound of raw, bleeding pain. But the music behind those near-inhuman sounds of suffering and fury is itself bruised and bruising, yet with penetrating melodic hooks that won’t let go.

Allure was recorded and mixed by Tim de Gieter at Much Luv Studio in Belgium and is being released today (May 6) on CD, vinyl, and digitally by Consouling Sounds. Physical orders are now available here.

One Response to “AN NCS PREMIERE: ELEANORA — “ALLURE””