This time around I have been given the opportunity of doing an interview with Mallika Sundaramurthy (vocalist of Abnormality) and to talk about metal and the band, amongst other things.

First of all, the band formed back in 2005, in Massachusetts, and since then have released a demo in 2007, the EP The Collective Calm in Mortal Oblivion in 2010, and their debut album Contaminating The Hive Mind in 2012. Last month on the 29th they released their sophomore effort entitled Mechanisms of Omniscience via Metal Blade Records.

I discovered the band in 2012 but don’t remember who sent me a YouTube link with one of their songs. I do recall that person saying that the band had a great BDM/Technical balance in their song structure and delivery and a woman as their vocalist. I must confess that I was skeptical at first, since up to that point I wasn’t familiar with women performing at the front of a band in this type of genre. Yes, shame on me, and once I heard the song I was blown away by the pure talent that all the musicians displayed. Long story short, their debut album ended up in my top 25 of that year:

First of all, thank you for doing this interview Mallika, I really appreciate it. In a recent interview with Metal Messiah Radio, you said that you started listening to metal in high school and through college. I’m curious to know what bands got you into metal??? 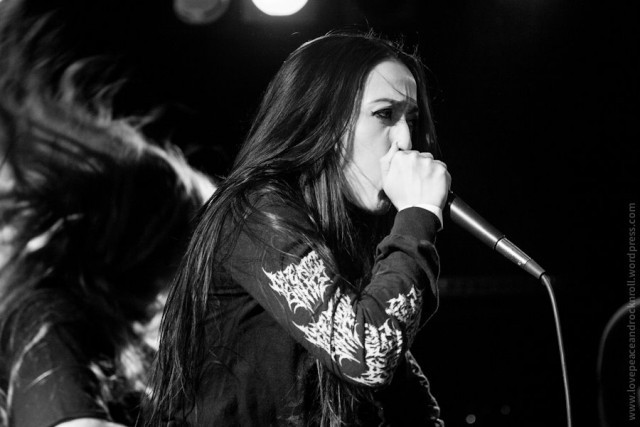 At what point did you decide, “I’m going to do growls,” and what led you to this decision?

For the same reasons that anyone decides to do extreme vocals, or that any person decides to pick up an instrument and play metal. I was a fan of the music first.

I understand that at the beginning of the band you did a cover of an early Sepultura song. Would you guys include that cover or other cover songs in future releases?

We did a cover of “Desperate Cry” by Sepultura at the formation of the band. Over the past 11 years we have covered other songs at our live shows, including Eric Clapton’s “Cocaine” and Death’s “The Philosopher,” but we choose not to include them in our recorded material. We would rather present all original songs.

As I mentioned in the introduction to these questions, I was skeptical when I discovered the band. Do you get the sense that people are still being surprised or having their jaws dropped when they see you live? And if so, how do you feel about that?

If people have their low expectations, that’s their problem, and if those low expectations are blown out of the water, well… then good. I’m not concerned with that. We are 100% focused on writing and performing the best extreme and technical brutal music that we can. 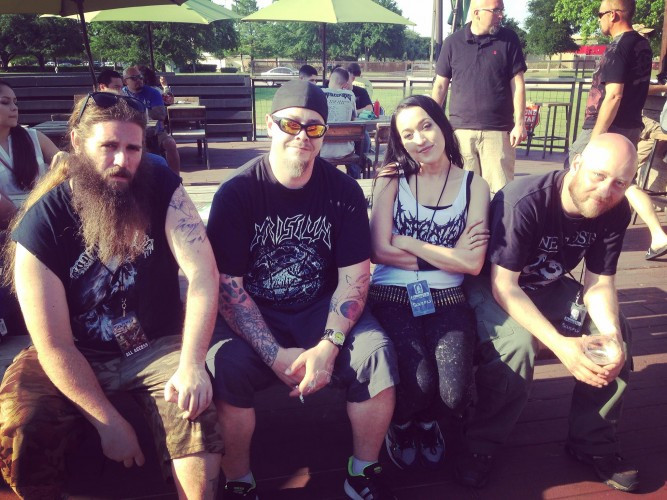 What are some of the subjects that inspire the band when you are writing lyrics?

We write about current events at home and abroad, conspiracies, and our contempt for the New World Order. We write about things in our lives, as well as in our imagination, science fiction and fact, and time travel.

Since your last album in 2012, is the song-writing process the same, or did it change in some way with the new album?

We write the same way, which is a variety of ways. Sometimes we start with a riff, sometimes a beat, sometimes lyrics. We free jam as well.

The band signed to Metal Blade for the new album Mechanisms of Omniscience (congratulations for this) — how did that come about?

We had a few offers from a few different labels following our 2012 release Contaminating the Hive Mind. Our manager helped negotiate the deal with Metal Blade.

So, the album is going to be released this month. Do you have any tours lined up to support the release?

We are currently on a month-long US Tour with Soulfly, Suffocation, Battlecross, and Lody Kong. We plan to do more touring later this year.

Last question, how do you keep your vocals sharp and strong, especially if you are facing a number of live performances in a row? Do you have a specific technique??

I take care of my voice on tour by getting proper rest, hydrating, avoiding alcohol, etc.

Abnormality is on Facebook here. Their new album is out now via Metal Blade and available for order here