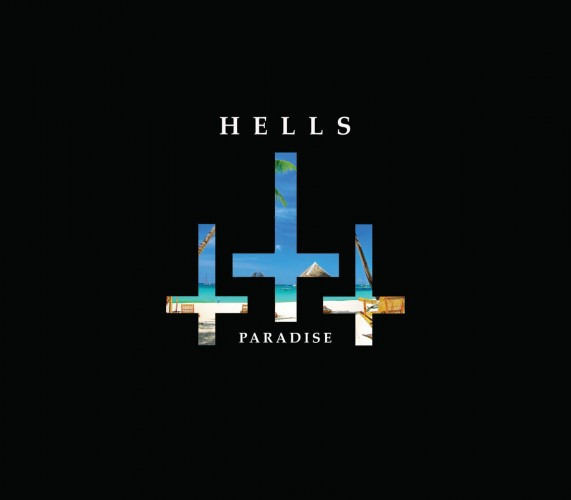 Tomorrow — May 13 — Seeing Red Records will release Paradise, the debut EP of a Philadelphia band appropriately named HELLS, and today we bring you a full stream of its six head-wrecking tracks.

When you listen to the music, it will quickly become clear that Paradise is an ironic title. At a minimum, it’s a term that must be understood in context, maybe one reflecting a worldview in which being beaten senseless or asphyxiated brings a glorious release from a daily rain of shit. 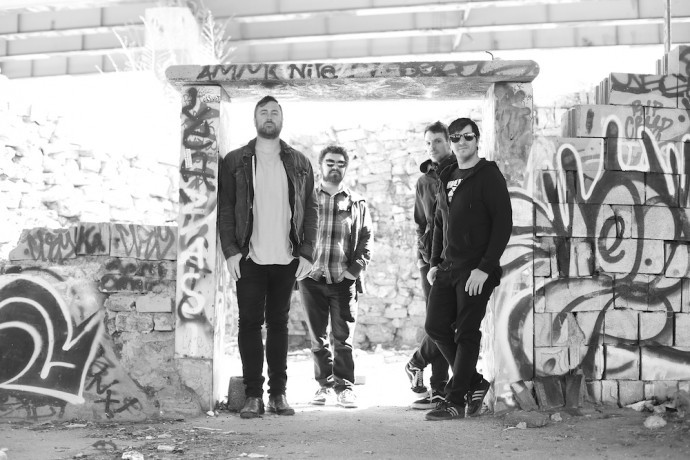 In this Paradise, there’s an overarching atmosphere of tension, violence, and bleakness. The music hits hard, like a Louisville slugger (or a girder) landing solid blows about the head and neck. But the songs are also so damned physically compulsive that they spawn upper-body convulsions. It’s not easy-listening music, but it will get you moving, in tune with its brute-force rhythms.

HELLS employ their brawny riffs like weapons, with a preference for pulsating chords that sometimes sound like warning sirens, and skull-cleaving chugs. “Tribute” also brings in a winding, twisting riff and a trilling, swarming guitar lead that sound viper-like and poisonous. The closing track, “Night Creeps”, is a phalanx of relentlessly hammering atonal chords mixed with a blend of catchy verse riffs. “Night Creeps” is also the only time on the album when the vocals turn clean, almost like Ozzie-gone-punk. The rest of the time, they’re a raw, high-pitched, murderous hardcore yell — the sound of someone who’s about two seconds away from coming for your throat.

The drumming on the EP is consistently powerful, with a snare tone that cracks like gunshots and rhythms that shiver the spine, and the bass lines crunch like a steamroller on a bed of skulls.

Paradise includes ominous, mid-paced bruisers (such as the title track and “Bad Apple” — which is as grim as a metastizing cancer) as well as up-tempo punk brawlers (“1-800-Sshitfit”) and chaotic blasts of destruction (“Weather Report”). The dynamics of the music keep the songs from running together; it’s easy to stay hooked to this demolition machine from start to finish.

In a nutshell, this is the kind of cross-over metallic hardcore that’s heavy, hopeless, and hard to get away from. Hope you dig it as much as I have.

Paradise was recorded by Brad Wallace and mastered by Brad Boatright. Pre-order it here:

3 Responses to “AN NCS PREMIERE (AND A REVIEW): HELLS — “PARADISE””