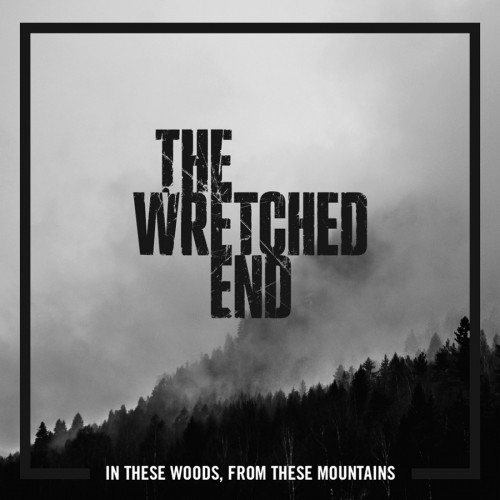 So, from one band of Emperor-fixated whippersnappers we move to another group of grizzled veterans masterminded by ex-Emperor guitarist Samoth himself. Sun rise, sun set…

Now I’ve said before that not every band has to innovate to be worth your time. It’s still possible to do something unique, even within the confines of an established sound or style. It’s all about character.

Case in point, you’d be hard-pressed to call what The Wretched End do particularly innovative, but then it doesn’t really need to be… the band have still managed to forge themselves a distinctive identity all their own, firmly rooted in the fertile soil of Death/Thrash and based around the simple ideal of writing kick-ass songs packed full of murderously infectious riffs, humongous drums, and visceral, rib-tickling hooks.

The band’s third album, In These Woods, From These Mountains, does deliver a few surprises of its own, however, the most obvious of which is how much more overtly “blackened” it is than either of its predecessors. It seems you can take the boys out of Black Metal, but you can’t take the Black Metal out of the boys… 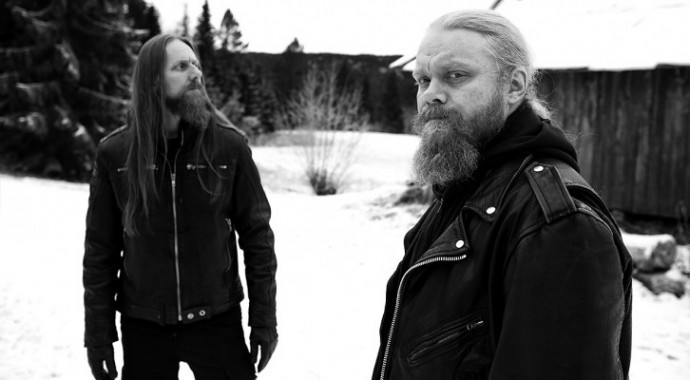 Of course it’s not as if either Ominous or Inroads were completely devoid of any Black Metal influences, it’s just they’re so much more prevalent this time around.

And, unfortunately, this doesn’t necessarily work in the band’s favour.

It’s definitely a bit of a kick hearing certain members going back to their roots a bit, I’ll grant you that, but one of the key things that The Wretched End had going for them on previous albums was the distinctive tone and timbre of their guitar work – Samoth really putting his own signature stamp on every juddering, chugulating riff even as he expanded in thrashier, more deathly directions – and, by comparison, the moments of more straight-up blackened axe-work on In These Woods… feel like something of a creative step backwards.

It also doesn’t help that bands like The Konsortium, Nidingr, and Hellish Outcast (to name but a few) have been operating in similar territory for some time now as well, and have been doing so with what feels like a more distinctive sense of character and complexion than The Wretched End display on their latest release. 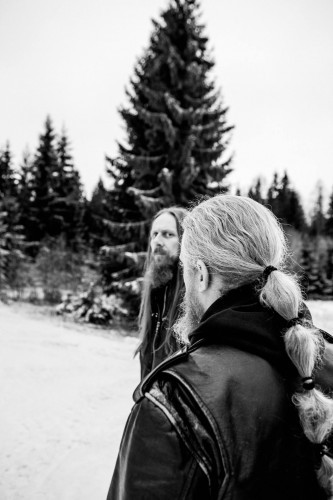 It’s not as if In These Woods… is a total loss though, not by any means. The opening triptych of “Dead Icons”, “Primordial Freedom”, and “Old Norwegian Soul” (the latter featuring guest vocals provided by Mayhem’s Attila Csihar), for example, are all as scorchingly savage and insidiously melodic as you might expect, and the band definitely don’t pull any punches in their delivery.

It’s just that, despite their best efforts, and as good as these songs are (I’m a big fan of the opener in particular), they still feel a little overly-familiar, downplaying the band’s own personality in favour of a more traditional Black Metal aesthetic.

Both the gritty “Generic Drone” and the dour, doomier “Misery Harbour” do serve to redress the balance somewhat, however, as does the barn-burning “Atheos” (which, along with “Generic Drone”, is easily one of the album’s stand-out tracks). The darker, Black Metal influences are still present of course (such as in the closing guitar refrain and “slowly decaying and numb” climactic vocal mantra of the former), but are no longer predominant in the mix, giving more room for Samoth to display his distinctive style of predatory, shape-shifting riff work to the band’s great advantage.

Both “The Decline and Fall” and “Burrowing Deep”, for better or for worse, delve back into the more overtly Black Metal influenced sound of the album’s early tracks, though each song does have its high points to recommend, particularly the prodigious, Behemoth-like finale of the former and the hideously hypnotic tremolo refrain that underpins 90% of the latter.

The album ends, in what is sure to be divisive fashion, with a somewhat out-of-left-field cover of “Dewy Fields”, originally by Norwegian dream/synth-pop group Bel Canto. It’s an effective enough rendition, that’s for certain, particularly as the soaring clean vocals are provided by none other than Leprous main-man Einar Solberg, whose silken, emotive tones pretty much improve any track he’s a part of.

The issue for me, however, is that, without Cosmo’s vocals, and with 99% of the band’s metallic elements stripped back in favour of an ambient, semi-industrial synthscape more closely aligned with the original… how is this really a song, cover status notwithstanding, by The Wretched End?

It may seem nit-picky, but it feels more like a Leprous b-side accidentally tacked onto the end, more than it actually feels a part of the album itself.

I feel like I’ve been quite negative in my review of this album, which saddens me a little. Truth be told, I’ve been a fan of this band since their first release, and even count their sophomore effort, Inroads, as one of my favourite albums. But as legendary/semi-legendary as their line-up is (and, trust me, I’ve seen enough reviews fawning over the band’s members rather than their actual music), it just feels like their latest effort falls a little short.

It’s solid enough, obviously, and it definitely has its moments here and there, but ultimately it does feels a little like we’re retreading a lot of old ground here.

We might be wearing new boots this time around, and our guides are definitely the type of people who know these woods (and these mountains) like the backs of their hands, but this is still familiar territory, both for us and for The Wretched End.

In These Woods, From These Mountains is out now and available from Indie Recordings.

2 Responses to “THE WRETCHED END: “IN THESE WOODS, FROM THESE MOUNTAINS””