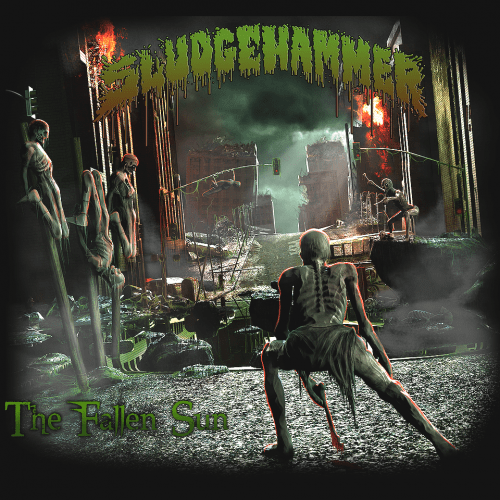 When I first heard the name Sludgehammer, I was guessing slow, crushing, dreary, doomy… sludge. But when I heard the song we’re premiering for you today from their debut album The Fallen Sun, I quickly realized I was largely off-base — but far from disappointed by the surprise.

Sludgehammer make their home in Toronto, Canada. The Fallen Sun is set for release on June 10 and follows their 2014 EP, Organ Harvester. When asked to comment on this new song you’re about to hear, guitarist Jeff Wilson responded as follows: 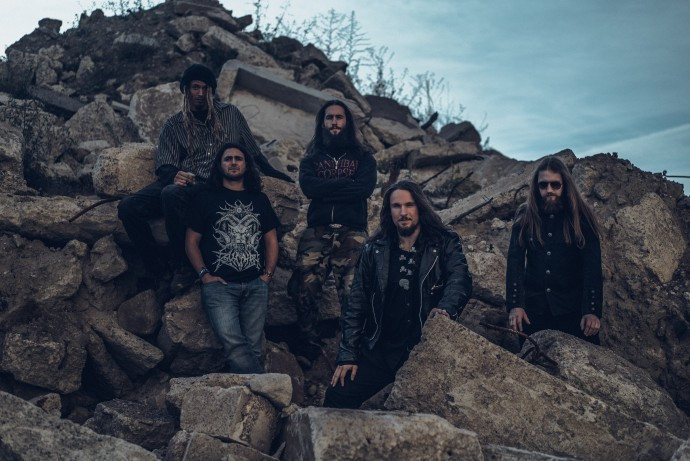 ”Demons From The Woodwork” was the last song written for The Fallen Sun but it’s actually the first song on the album. Looking back we were in such a great writing groove by that point. It was actually a pretty easy song to put together. We put it as the first track on the album because it kicks things off with a serious jolt of energy. Also it incorporates all the different elements that we love about metal and being in a metal band!

And that brings me back to the sound and style on “Demons From the Woodwork”. It’s a jolting, high-octane, full-throttled romp that incorporates elements of thrash, death metal, and head-slugging groove — and it’s an infectious beast that Sludgehammer have unchained.

For me, there are two other highlights on this song that are worth noting. The vocals are one of them — ranging from bestial death growls to excellent, gritty clean vocals. And the other is a fire-breathing guitar solo that swirls, darts, and sears like an acetylene torch.

This whole song is a hell of a lot of vicious fun — hope you dig it as much as I do.

To pre-order the album, visit this location: