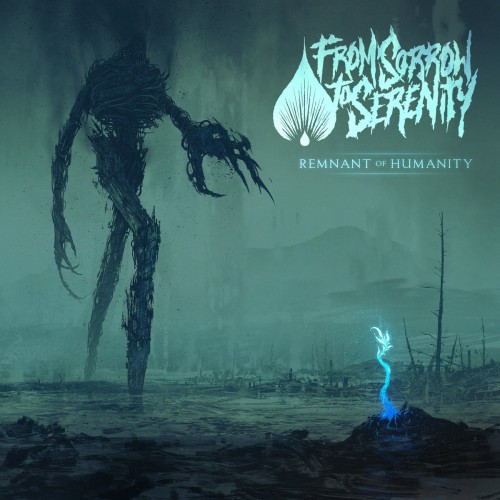 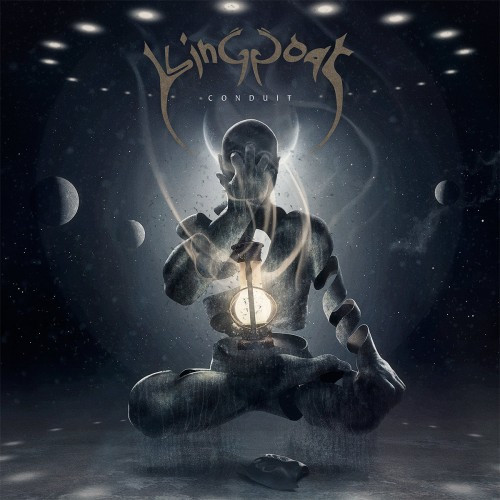 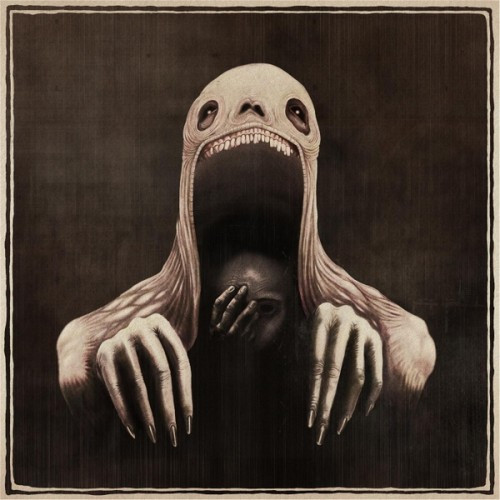 Ok, so I may have gotten sidetracked in Germany somewhere along the way, but I promised you a second edition, and here it is.

This time around we’ve got another varied crop, featuring the burgeoning Deathcore delights of From Sorrow to Serenity, the expansive doomery of King Goat, and the indulgent Prog-Death of Luna’s Call.

So, without further ado, let’s get to it!

FROM SORROW TO SERENITY – REMNANT OF HUMANITY

Today’s first entry is courtesy of Scotland’s From Sorrow to Serenity, who deliver a solid sonic-punch to the solar-plexus with their new album Remnant of Humanity.

With a sound reminiscent of several of the scene’s bigger names (the big, chunky chugs bring Impending Doom to mind, for example, while certain chord phrasings recall the focussed grit of mid-career Whitechapel – although FStS never really hit as hard, or as heavy, as either of those bands), the Glaswegian groovemonsters are undeniably riding the zeitgeist here, but also add a dash of fashionably bouncy and/or technical guitar work, along with a bunch of guest vocals from some of their Metalcore/Deathcore peers, in an attempt to sweeten the deal.

While this may not be the most original album you’ll hear this year (though the quintet do make some real efforts to try and differentiate themselves), the energy on display across these eleven tracks is second to none, and although the slightly overwrought, emotionally-charged snarl (reminiscent, oddly enough, of Mudvayne’s Chad Gray in places) favoured by the band’s frontman may prove to be a somewhat divisive element amongst our readers, he delivers his lines with a level of passion and conviction which makes them, despite their occasional dip into cliché, difficult for even the most hardened cynic to completely dismiss.

Remnants of Humanity is a strong effort, make no mistake about it, and impressive numbers like pulse-pounding opener “Hellbound” and multi-faceted, late-album highlight “Prosthetic Eyes”, already show that From Sorrow to Serenity have clearly found their groove (pun intended). However, despite their laudable attempts to incorporate a wider array of elements and influences into the mix, the Glasgow-based bruisers haven’t quite managed to break the mould as of yet (ironically “Break the Mould” is one of the most generic modern Djent-core numbers on the album).

It’s something of a catch-22 of course. When they work these injections of glittering melody, djentrified bounce, or whip-sharp technicality all add some extra meat to the band’s underlying “core” (pun, once more, fully intended). Unfortunately, those very same elements sometimes make this album sound a little interchangeable, meaning that whilst From Sorrow to Serenity have certainly crafted something here that’s a match for many of its established peers… it doesn’t always stand out from them.

Not quite unique enough to be a true world-beater, and not quite heavy enough to be a true world-breaker, there’s still a lot of reasons to be hopeful for the future of these Northern marauders, as their execution and conviction are both flawless and undeniable, and their underrated, if still developing, melodic tendencies and measured injections of ear-catching technical wizardry suggest that their current stylistic boundaries won’t hold them for long.

We’re heading right down to the other end of the country for our next entry, and diving deep into the boldly progressive, doom-laden waters navigated by Brightonian quintet King Goat.

From the majesty and menace of opener “Flight of the Deviants” to the oppressive, ominous climax of closer “Sanguine Path”, this is one fantastic album, make no mistake. Rooted in only the most prime Doom of the ‘90s (seriously, the ‘90s have an unnecessarily bad rap – no pun intended) and taking influence from only the most progressive of Progressive Rock, but with significant doses of eclectic metallic dynamism and a dash of something a little bit nastier added here and there for flavour, Conduit is both intensely focussed and yet incredibly wide-ranging in scope, balancing the band’s proggy proclivities with an undeniable knack for big, earth-shaking riffs, soaring hooks, and riotous, pulse-quickening rhythms.

Though only five tracks long (and, yet, still clocking in at over 40 minutes) this isn’t an album that just sticks in one place, and the band make use of every single second to explore and expand their sound in interesting, intriguing directions. Not one of the album’s songs sounds exactly like any of the others, yet they’re all made up of the same underlying elements, and all clearly chapters in the same overarching story.

The twisting, labyrinthine “Feral King”, for example, separates itself from its predecessor by taking things in a decidedly less pensive, and markedly more aggressive direction, while the title-track brings a dose of Death/Doom ugliness and morose, Tool-esque progressiveness to the fray, after which the bristling “Revenants” injects the album with an extra dose of electrifying energy and brooding, sombre melody, with every single track proving itself capable of standing firmly on its own against all the slings and arrows of the world.

While the gripping, grandiose vocals of Anthony Trimming are bound to get the lion’s share of the attention, as the man is undeniably in possession of a frankly rather phenomenal set of pipes, as well as an ear for sky-scraping, scene-stealing melody, and a gift for dramatic, attention-grabbing annunciation, these would be nothing without the unyielding foundation of hard-hitting, hard-rocking riffs and doom-laden and prog-laced rhythms laid down by his more instrumentally-inclined cohorts, each of whom bears equal responsibility for this album’s fantastic final form.

If you’re looking for music that doesn’t aim to just grab you by the throat, but also take hold of your very soul, music with balls and brains and bold ambition, then you should make sure to get yourself a copy of Conduit asap.

Our final stop on today’s sonic tour of England’s (and Scotland’s) green and pleasant lands brings us to this intriguing slab of Prog-Death from Luna’s Call, and their debut album Divinity.

A word of warning – this is one complex, complicated, contumacious album, packed to bursting with riffs which are as intricate and involved as they are invigorating and intense, and songs which never fail to surprise with their unpredictable, yet endlessly compelling, twists and turns.

Strong echoes of Opeth, Death, and Edge of Sanity, along with subtle shades of early Emperor and Green Carnation, are predominant throughout the eight tracks that make up Divinity, which should give you some indication of the album’s impressive quality. Though don’t think of this as any sort of throwback or self-congratulatory “Old School” release, it’s far too vital and forward-thinking for that.

The piano-led opening to “In the Cold Eyes of Wrath Pt.1” eventually gives way to a tumultuous procession of writhing riffs, rippling drums, blackened keyboards, and bestial death-growls, the song’s elaborate contortions disguising some impressively involved hooks and melodies (both guitar-led and clean-sung), which eventually come to the fore during its penultimate, semi-acoustic prog-out.

“Divinity” pushes things ever so slightly in a more “extreme” direction, though this is balanced by an ever-present undercurrent of moody melody and sublime proggery, while “Day of Reverence” bookends its poignant and soulful mid-section with a beginning of grim, Opeth-ian Prog-Death, and an outro of grandiose metallic might, leading into the nine-minute “Screaming Silence”, a prodigious behemoth bursting at the seams with massive, riffs, heart-stopping vocals (of both the growled and clean variety) and elegant, enigmatic lead parts.

The more technical and aggressive side of the band’s Death Metal repertoire is in the ascendant for both “Haunting the Abyss” and “The Advent of a Martyr”, which also call back to some of the more anguished and antagonistic elements of classic Emperor (albeit with a more modern and distinctly deathly twist), making these two tracks possibly the darkest and heaviest numbers on the entire album (with the latter in particular showcasing some blisteringly intense fretwork and blastery).

“Rose Hill” is a shorter, more self-contained piece of work, primarily acoustic in nature, but with a gorgeously moody metallic finale (including some thrillingly nimble bass work) which serves as something of a palette-cleanser before the colossal, almost thirteen-minute, “In the Cold Eyes of Wrath Pt.2” brings the album to a fittingly epic, extreme, and extravagant climax.

Overflowing with ambition, and yet implemented with a level of power and precision which belies its debut album status, Divinity is a potential sleeper-hit which deserves to be given the widest possible exposure. Let’s hope this helps, at least a little.