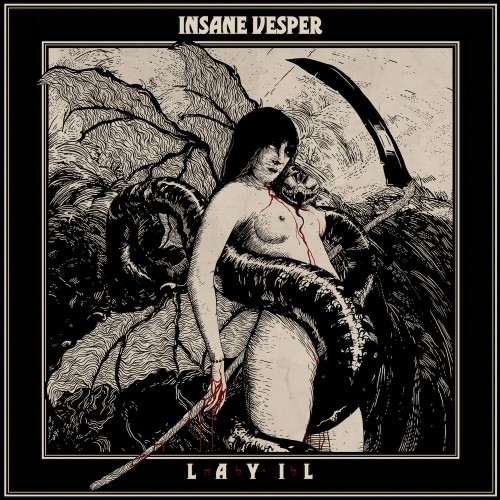 The song you’re about to hear burns with arcane energy. It’s so immediately transfixing, so dynamic in its progress, and so ingeniously conceived and powerfully performed that it should vault the name Insane Vesper high up on your radar screen.

The name of the song is “Of Serpent’s Embrace” and it comes from this French black metal band ‘s new album LayiL. This is the band’s second full-length and is set for release on July 1 by Art of Propaganda.

It’s rare that we resort to quoting from press releases in writing about the music we feature at this site, but in this instance the descriptions ring true and the wording is agreeably vivid and evocative: 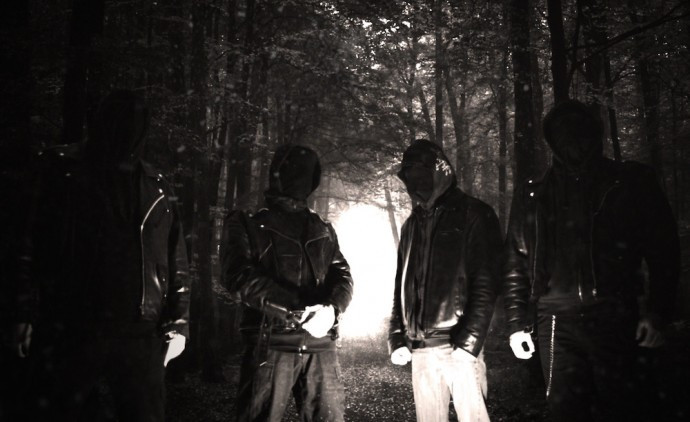 Insane Vesper are most certainly, unequivocally a BLACK METAL band — violent, austere, merciless, and even a bit cruel — but the six scintillating hymns across LayiL speak a slightly different vernacular. There’s a continual, near-perpetual rise and swell to the album that suffuses these shadow-side ruminations with a unique texture, one that’s not “black metal” by cliche but most definitely respectful of the form…. [T]his opus shall bring you to the deep void of the night and commune in reverence to the dark goddess through lust and illumination: LayiL, in many ways, is a source of light itself. But beware its wrath and crawl through the radiance of the nightside, nestled within its arms…

Of course, I want to share my own verbiage, too — specifically, about this fiery and charismatic song we’re premiering.

There are so many things to like about “Of Serpent’s Embrace“. Perhaps the most immediately noticeable factor in its success is the strength of the rhythm section. In the song’s rocking, rumbling start, the vivid, pulsing bass work and invigorating drum performance stand out right away (along with the adrenalizing riff swarms), and throughout the song they keep a firm grip on the listener’s attention.

After that electrifying start, the band briefly slow the pace, providing a bridge to a volcanic eruption of blasting percussion, acrobatic bass notes, cyclonic riffs, and poisonous, blood-lusting growls. The song moves fluidly between the complementary segments announced at the song’s beginning, with a perilous melody that flows through the chaos (and sometimes resonates like a trumpet fanfare).

The crescendo of this riveting piece is a mix of compulsively headbangable riffs laced with dissonant, alien arpeggios; a passing air of infernal majesty; and a  guitar solo that bespeaks otherworldly derangement.

Yes, there are many things to like about this track, and part of what makes it so successful is that it’s the kind of song that’s gripping and chaotic on a first listen and also so multifaceted that it invites replays, just to better dissect and appreciate what the band were doing while your pulse was racing in a headlong rush.

I hasten to add that “Of Serpent’s Embrace” isn’t the only stand-out track on LayiL; it’s loaded with them (I’ve embedded a second, previously released song after this new one). To explore pre-ordering options, go here:

3 Responses to “AN NCS PREMIERE: INSANE VESPER — “OF SERPENT’S EMBRACE””