Guitarist Kevin Hufnagel and bassist Colin Marston could be resting on their laurels after their standout work on the new Gorguts EP, Pleiades’ Dust (not to mention Marston’s performances on the new releases by Withered, Krallice, and his own Indricothere project) , but instead they and drummer Jeff Eber are bringing out a new Dysrhythmia album. Entitled The Veil of Control, it’s the band’s seventh studio full-length and their first since 2012’s Test of Submission. According to today’s announcement by Profound Lore, it will be released on September 23.

Further details in the announcement include the disclosure that Hufnagel solely used a twelve-string guitar on the LP and that it was recorded, mixed, and mastered by Marston, with artwork by Marston and Hufnagel.

I have a feeling this is going to be another truly head-spinning Dysrhythmia release — and perhaps the best one yet, simply because these über-talented musicians are four years further along in the progression of their skills and ideas since the last release. We will be following Dysrhythmia developments closely between now and late September. 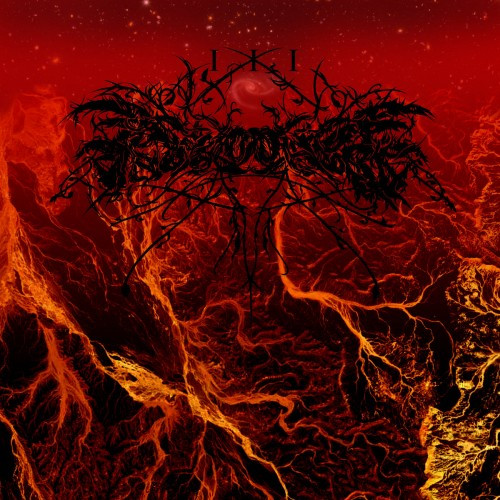 You may have noticed my allusion to a new Indricothere release in the preceding segment of this post. It caught me by surprise, coming out only a few days ago digitally, with a vinyl edition coming at some future date via Gilead Media.

The name of this new one is III, a collection of 12 short performances (all of them hovering around the 2:00 mark). Marston again did everything that you will hear, as well as creating the amazing cover art. I’ve only listened to half of it so far, but it’s already appearing to be a thorough mind-fuck, the sort of grindcore that might have evolved on one of the planets circling Andromeda or Betelgeuse, a torrent of blazing, technically whiz-bang instrumental acrobatics with fleeting wisps of melody and occasional convulsive rhythms. Delicious.

The stream is below; the album is available here: 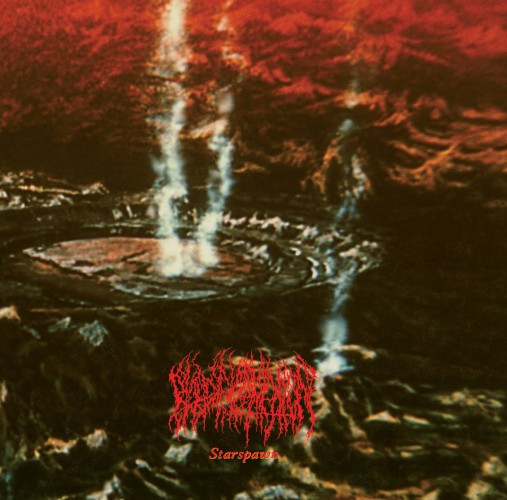 In early May Dark Descent Records released a digital sampler of music by the label’s bands; I included it in a round-up back then, but didn’t separately write about any of the four track premieres that lurked within it. One of those was a song called “Chaoplasm” by Denver’s Blood Incantation, which will appear on a new 35-minute release entitled Starspawn. Now that Dark Descent has unveiled a Bandcamp page for that new album, along with artwork, I thought it would be worth featuring the track once again.

This is chaotic, tumbling, unpredictable death metal — a swirl of dissonant, swarming, darting riffs and twisted arpeggios, along with a blazing solo performance, gruesome vocals, and an impressive display of drumming. These people pack a lot of insanity into a five-and-a-half-minute song. I thought it made a nice complement to those Indricothere tracks.

Starspawn is due for release by Dark Descent on August 19 (CD, vinyl, cassette, and digital). Pre-orders begin next Thursday, June 30. 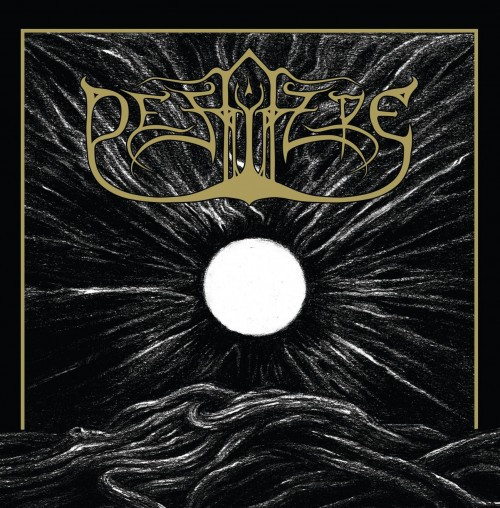 Minneapolis-based Pestifere made their first appearance at NCS in late 2014 as part of a year-end list assembled by our Norwegian friend eiterorm, who called their debut album Liminal “ferocious, diverse, and infectious”. Pestifere are now returning with a new album named Hope Misery Death, which is scheduled for a July 15 release by Eihwaz Recordings, who includes references to the likes of Dissection and Aura Noir in describing the music.

I’ve located one streaming song from the album, the name of which is “Peregrine’s Timbre”, and it’s a highly enticing preview of the album. Like the songs featured above in this post, this one includes some high-energy, technically impressive instrumental work, but it’s also home to some darker, more atmospheric passages with acoustic picking and ghostly ambient sounds, as well as furious, thrashing assaults.

Hope Misery Death features artwork by Stephen Wilson and is available for pre-order on CD and cassette here: