Guitarist Kevin Hufnagel and bassist Colin Marston could be resting on their laurels after their standout work on the new Gorguts EP, Pleiades’ Dust (not to mention Marston’s performances on the new releases by Withered, Krallice, and his own Indricothere project) , but instead they and drummer Jeff Eber are bringing out a new Dysrhythmia album. Entitled The Veil of Control, it’s the band’s seventh studio full-length and their first since 2012’s Test of Submission. According to today’s announcement by Profound Lore, it will be released on September 23. END_OF_DOCUMENT_TOKEN_TO_BE_REPLACED 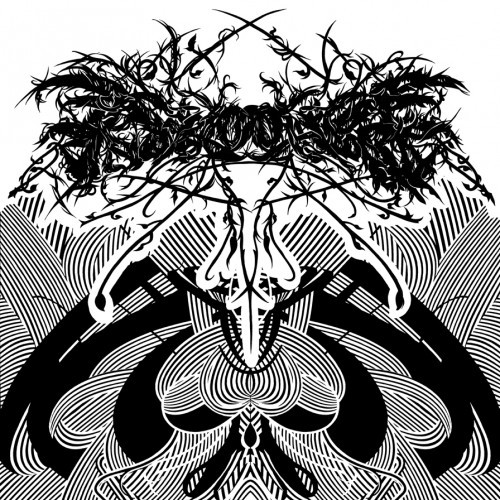 Indricotheriinae are an extinct subfamily of giant, long-limbed, hornless rhinoceroses. They are the largest land mammals that have ever lived. Indricothere is also the name that Colin Marston gave a solo project that he used to record some songs he wrote before forming Behold… the Arctopus.

Indricothere’s first album (self-titled) came out in 2007. This morning I discovered to my surprise that Marston has just today released a second Indricothere album entitled II, which is available for purchase on Bandcamp.

I’ve been listening to the album, which is entirely instrumental, and it’s blowing my fuckin’ mind. There is no pithy way of describing it. Stylistically, its principal kinship is with technical death metal, but it’s part black metal, part prog, part post-metal, and part avant-garde, too. The music is dense, intricate, constantly changing, intensely interesting. Of course, it’s also a high-wire acrobatic performance that will drop jaws. Also, heads will bang. END_OF_DOCUMENT_TOKEN_TO_BE_REPLACED