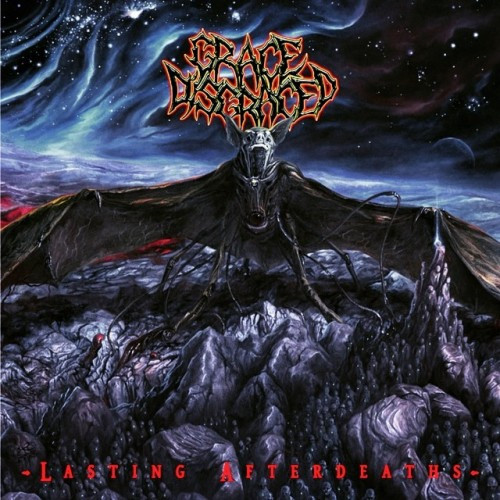 Tomorrow — June 24 — is the official release date for Lasting Afterdeath, the third album by Moscow’s Grace Disgraced. Today we’re helping spread the word about the release by premiering a full stream of the album.

The music is, of course, the paramount factor in deciding whether to add Lasting Afterdeath to your collection, but this is one of those albums that offers a lot of visual enticements, too. The accompanying booklet includes separate eye-catching artwork for each song, as well as gatefold cover art, by Velio Josto. And so before we get to the music, here’s a view of the full cover as well as the art for two of the songs: 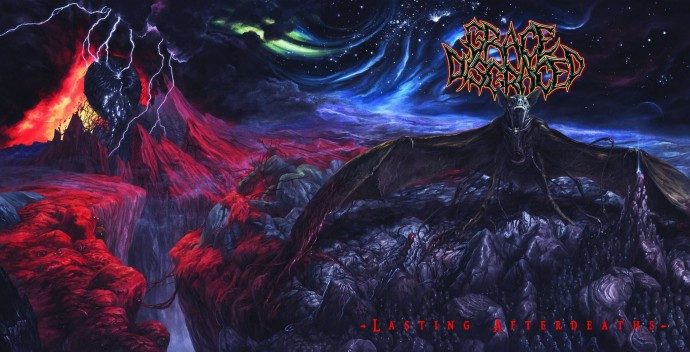 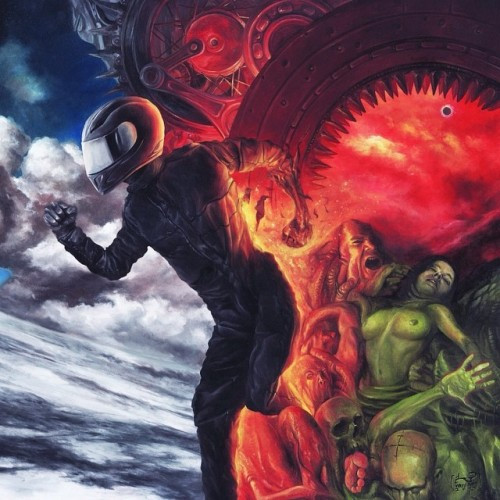 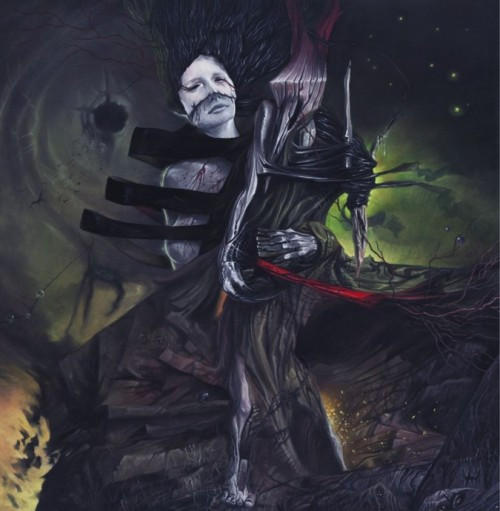 And while we’re on the subject of visual input, here’s a new photo of Grace Disgraced: 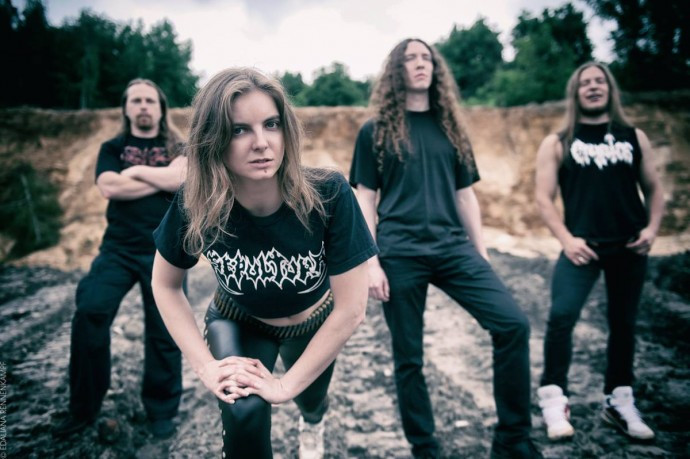 And yes, the band do have a frontwoman instead of a frontman, and as you’ll discover if you don’t already know, Polina Berezko channels her inner beast quite effectively, voicing the lyrics in a caustic, savage howl that never becomes monotonous.

The music is about as far from monotony as you could ask for, too. While Grace Disgrace flood these songs with death metal brutality, using an arsenal of morbid riffs and skull-cleaving rhythms along with Berezko’s vocal ferocity, Lasting Afterdeath leaves most brutal death metal albums in the dust because of the inventiveness and complexity of the instrumental performances and the unbridled dynamism of the song-writing.

The band influence that will probably come to mind for most listeners is Death — during that legendary band’s most progressive and technically impressive period of its creativity. The songs on Lasting Afterdeath display a similar level of creative exuberance and instrumental excellence. The songs do not follow straight paths — the tempos, time signatures, and rhythmic patterns are in constant flux, and each track is richly textured with eye-popping guitar, bass, and drum fireworks. 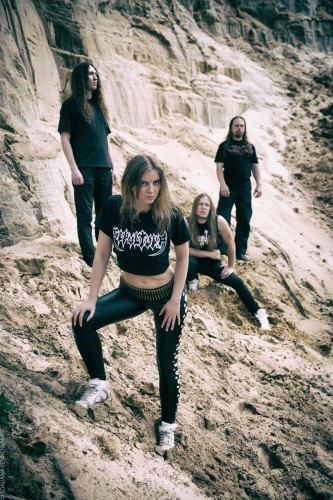 In an album loaded with surprises around every hair-pin turn, the band also lace the music with melodic sections that glide like flowing water or drift like spectral haze, and they just as readily veer off into head-swirling instrumental excursions that have an almost jazz-influenced sense of improvisation, though the band is so tightly integrated and machine-precise in what they’re doing that the music never seems chaotic, even at its most electrifying.

Lasting Afterdeath will be released on June 24, 2016, by Razed Soul Productions. To download the album via Bandcamp, go here: