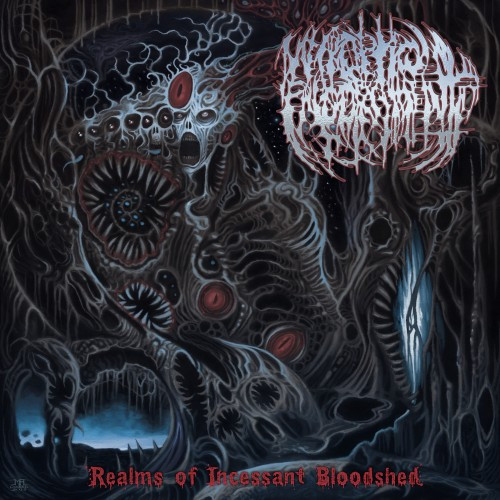 New York’s Necroptic Engorgement are on the verge of releasing a new EP — in fact, tomorrow is the appointed day. Entitled Realms of Incessant Bloodshed and featuring the distinctive cover art of Mark Cooper, it will be delivered by Manifest Records, whose personnel will no doubt be wearing body armor as they attempt to distribute this piece of weaponized mayhem. If you’ve got any body armor lying around, you might want to get strapped in yourself before you press play on our premiere of a full stream below. 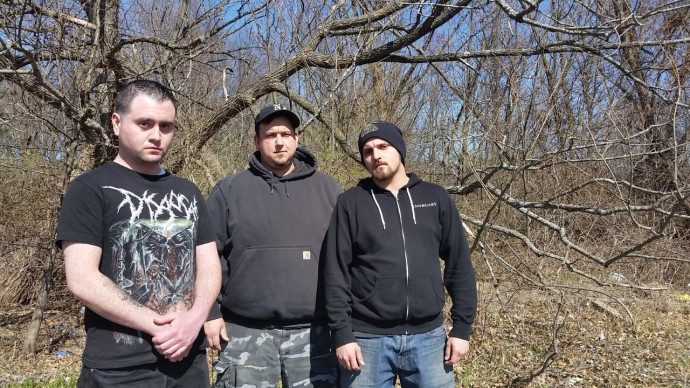 Necroptic Engorgement invoke names like Dying Fetus, Suffocation, and perhaps most prominently Cannibal Corpse, in identifying their influences. But in addition to ravenous death metal, Realms of Incessant Bloodshed also includes the kind of death/grind mayhem that should appeal to fans of such groups as Cattle Decapitation and Magrudergrind.

Your full jet-fueled journey through these realms of incessant bloodshed will cost you less than 15 minutes, plus portions of your sanity and maybe a few body parts. As the vocals veer from guttural disgorgement to voracious growls to hair-on-fire shrieks, the band inflict punishment through an amalgam of riffs that slash, swarm, writhe, and jackhammer, and drum munitions that go off in frenzied strafing runs or detonate with methodical explosiveness alongside the slamming riffs.

Alien melodies surface here and there within the barrage of brutalizing savagery, as do guitar arpeggios and solos that sound even more off-planet in their origin. They give this decimating, skull-cleaving EP an added dimension of weirdness.

For more info about Realms of Incessant Bloodshed, check these locations:

One Response to “AN NCS PREMIERE: NECROPTIC ENGORGEMENT — “REALMS OF INCESSANT BLOODSHED””