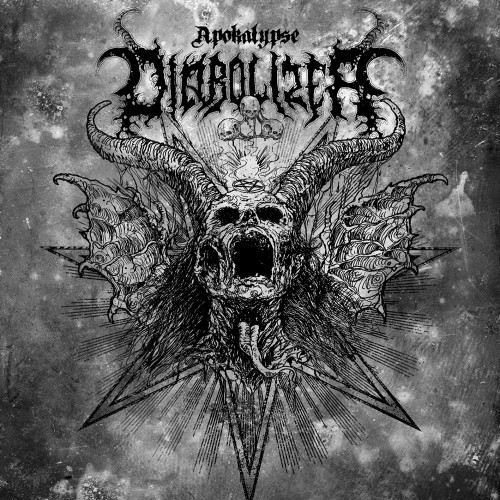 If that demonic artwork up there by Robert A. von Ritter doesn’t stop you in your tracks and peak your interest in the music that lies behind it, I’ll be surprised. It adorns an EP named Apokalypse by the Turkish death metal band Diabolizer, which Third Eye Temple has decided to release on July 8 in celebration of my birthday. Actually, they don’t know that’s my birthday, but I’m considering it a gift anyway, and a very generous one. It’s a hell of a gift for all of you as well, as you’ll discover through our stream of the entire EP.

Looming like a predatory beast in the underground of Kadiköy, Diabolizer consists of musicians who have been members of such bands as Decaying Purity, Engulfed, Deggial, and Godslaying Hellblast. The EP includes five new songs as well as two tracks that first appeared on the band’s hard-to-find 2012 promo, Shadows Of Impending Decimation. 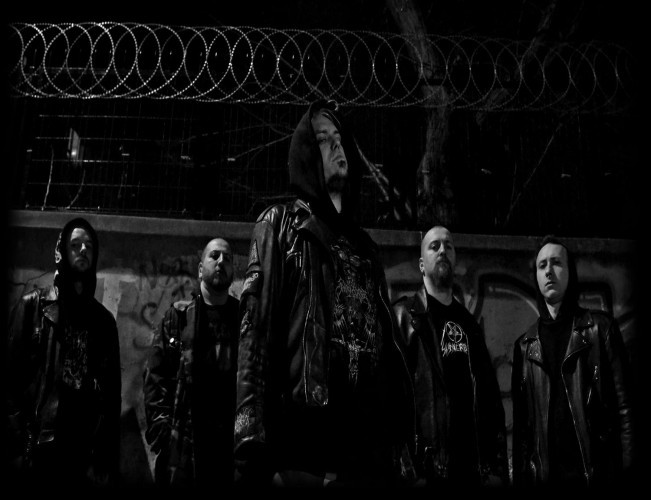 “Process the Void” begins the EP in absolutely blistering fashion with a frenzy of seething, viper-fast riffs and turbocharged percussive pummeling. It’s also an introduction to the band’s voracious vocal mauling and scintillating lead guitar work, which includes a solo that burns like an acetylene torch. In just one song, Diabolizer will leave you breathless, but hungry for more.

And Apokalypse includes more gems where that came from. The vocals, which range from gruesome roars to hair-raising, blood-spraying shrieks, continue to explode with unhinged malevolence, and the furious, thrashing pace continues without pausing to let you catch a breath, propelled by still more militaristic drum work and sparked by even more maniacal, whammy-bar soloing, with barbaric riffs that writhe, drill, and slash at blood-boiling speed.

Apokalypse is a thoroughly electrifying paroxysm of demonic death metal, but the songs also pulse with hammering grooves that feed the need to headbang and they also include an array of morbid melodies that prove seductive as well as sinister.

Apokalypse will be released by Third Eye Temple in two versions: a regular jewelcase CD with an 8-page booklet and a limited edition (100 copies) jewelcase CD branded with serigraphy print and including a patch. You can pre-order Apokalypse at this location: