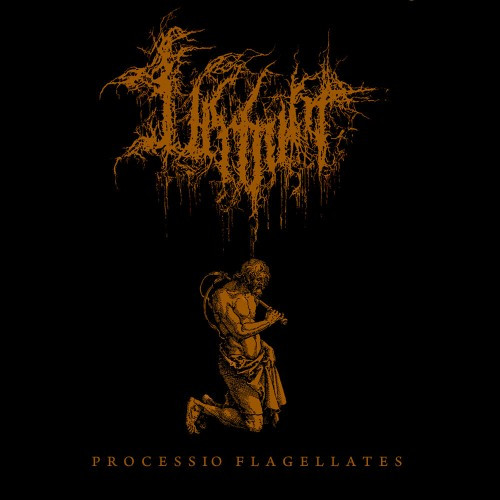 I meant to post this yesterday, but my job continues to mess with me. What I did here was to collect some new singles and a couple of new EPs that I found two nights ago while using the internet  to crawl through the underground. I like all this stuff and thought you might also find something in here that strikes the right chord.

In this globe-trotting expedition the music consists mainly of various shades and phases of death metal (much of it “blackened”) by five bands, hence the title of this post.

Verbum are based in Chile, and their debut EP Processio Flagellates was originally released on tape by the Chilean label Penitenziagite Records, although it’s now also available as a download at Bandcamp.

Verbum effectively splice together elements of doom, death, and black metal, with the mix of ingredients varying among the EP’s four tracks.

“Acta Non Verba” is a staggering, cataclysmically grief-stricken monster that initially proceeds at the pace of funeral doom and becomes increasingly intense and destructive as it evolves. “Ekphrasis of the Weak” ramps up the intensity by an order of magnitude, unleashing a storm of harrowing blackened death metal before collapsing into a titanic, ritualistic stomp laced with otherworldly arpeggios and truly ghastly, wrenching howls and shrieks.

“Eucharistic Flesh” further amplifies the EP’s building atmosphere of remorseless savagery through a terrifying cyclone of scything riffs and spine-shivering drumwork, transitioning in the middle to another lumbering crushfest of doom and degradation and another terrifying display of vocal extremity (which sound increasingly like the agonies of a man tearing out his own guts).

By the time you reach the closing track, “Procesión (Espurio Unigénito)”, you’ll have a firm grasp on Verbum’s modus operandi — and they will have a firm grasp on your throat as well, doing their damnedest to choke the life our of listeners and then consume the remains like a school of giant piranha. The song again veers (back and forth) from slow, massive clobbering to unhinged, inhuman fury.

What a damned fine EP this is! It may be a debut, but it is clearly the work of people (mostly unidentified) who clearly know what the fuck they are doing.

Verbum are looking for a label to release the EP on CD or LP, and they’re also at work on two songs for a possible 7″ release. The EP’s cover art consists of a portion of Albrecht Dürer’s “Flagellant” (1510) and cool logo work by Daniel Hermosilla. To download the EP, go here: 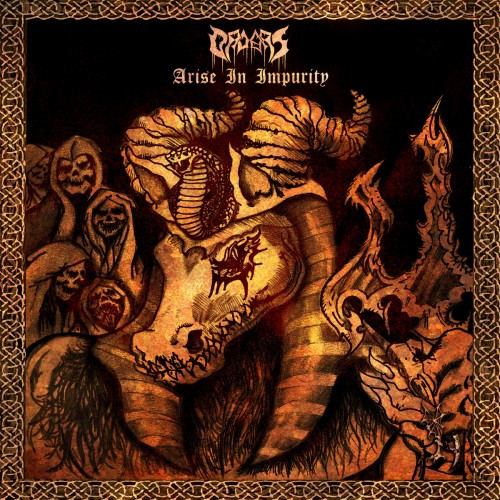 Orobas are a blackened death metal band from Dhaka, Bangladesh, who have existed as a group only since last year. Their debut EP Arise In Impurity was co-released on May 20 by Symbol of Domination Productions (Belarus) and Black Lion Productions (Sweden). It’s a surprising collection of songs in more ways than one.

The intro track, for example, is arrestingly alien and spooky. And the four proper songs (which include a cover of Venom’s “Black Metal”) display not only morbid, skull-battering viciousness but also intriguing twists and turns. You’ll see what I mean on the first of those, “The Ravana”, which includes not only interesting off-kilter rhythms but also a thoroughly eye-popping guitar solo in a style that I really wasn’t expecting, a full-throttle rampage near the end, and a sharply divergent outro that ties back to the intro track. And there are more surprises lying in wait, including a ukulele solo (!) in the finale of “Bad Blood Hunter”.

Orobas succeed in creating music that is at once both primal and primitive and also admirably inventive, with bursts of instrumental exuberance that lean in progressive directions. The EP is a promising start, and I hope not the last of what we’ll hear from this group.

Arise In Impurity is available as a download or in a jewelcase CD edition.  Further info here: 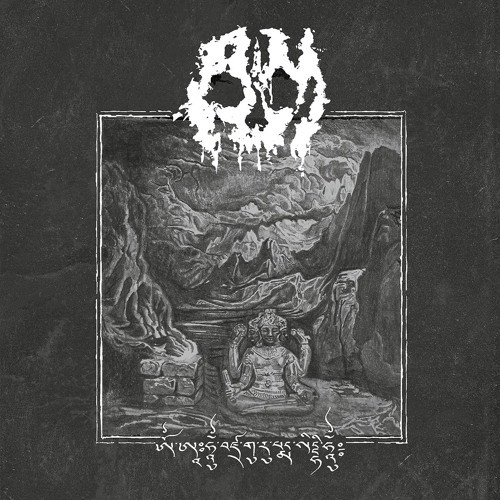 From Bangladesh we’ll leap the continent in a single bound and arrive in France, which is home to the mysterious entity known as Aum. Their debut album Om Ah Hum Vajra Guru Padma Siddhi Hum will be released later this year by Iron Bonehead Productions. It’s conceptually based on reflections about birth, life, and death drawn from oriental philosophies and religions.

The first advance track, which appeared a few days ago, is named “Patisandhi”. The vibrating riffs that open the song over a slow, methodical drumbeat fester with disease, and the disease begins to spread with increasing virulence and speed as the song proceeds. With the drumming becoming increasingly animated, the guitar work becomes increasingly fleet-fingered and acrobatic — but still sickening in the aura it generates.

The cavernous vocal horror doesn’t change much, but that’s okay. The music is so goddamned grisly and galvanizing that it shines with spectral brilliance in the spotlight. 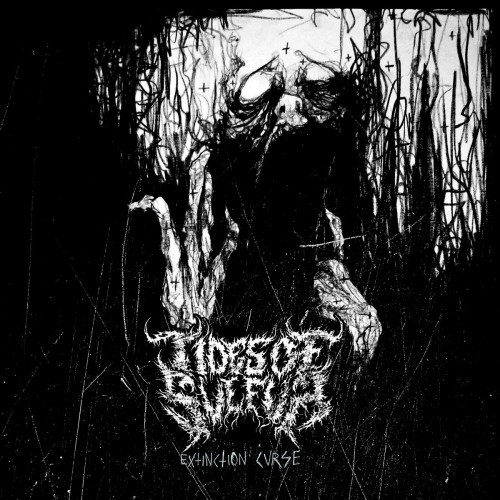 Tides of Sulfur are ensconced in Cardiff, Wales, where I suspect they are seething over their country’s vote to exit the EU. I have that suspicion based on this statement about a song from their forthcoming album Extinction Curse, which premiered at Metal Underground recently:

“This song is our anthem for the disillusioned. Conceived during the Conservative government’s plans to privatize our healthcare system and cut funding to the poorest people of our country and offering tax breaks to the wealthiest earners. It’s a call to action, a spit in the face of 21st century fascism. Every dog has its day, every empire crumbles, dictatorships fall, the truth always emerges.”

The name of the new song is “Iron Fists Shall Rust”. If the tumbling drumwork and sludgy, grinding riff that start the song don’t hook your interest fast, I’ll be surprised. The music is pitch black, crushingly heavy, and convincingly murderous, with shrieking, roaring vocals that seethe with anger. But as devastatingly bleak as the song is, it gets the head moving to its punishing grooves, and at the end it delivers a cathartic eruption of blasting, skin-threshing intensity.

Extinction Curse was recorded and mixed by Chris Fielding at Skyhammer Studio and mastered by Today is the Day’s Steve Austin. It’s due for release this month by Black Bow Records. Pre-orders are online here.

You can listen to another track from the album at The Sludgelord. 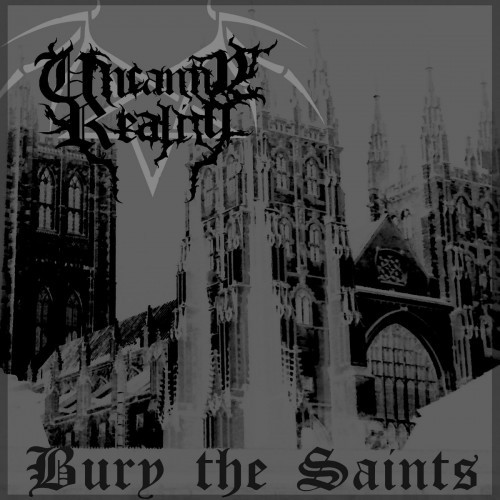 To complete this round-up of sonic savagery I have a single by a one-woman band from England named Uncanny Reality (the woman calls herself Immørdæk). I’ve listened previously to some of Uncanny Reality’s earlier work and have been intrigued by it, but this new single seems like a step ahead.

I should say at the outset that “Bury the Saints” is more in the vein of black metal than death metal — and in particular, it’s mainly a torrent of high-speed thrashing malevolence, with a blood-freezing cavalcade of vocals that shriek and roar. There’s a somewhat primitive quality in the production, but it doesn’t prevent the song from sending a surge of adrenaline into the bloodstream, one that really starts to rush at the end when Immørdæk cuts loose with a completely deranged solo.

“Bury the Saints” will appear on a new full-length due out later this year via Blackened Death Records.