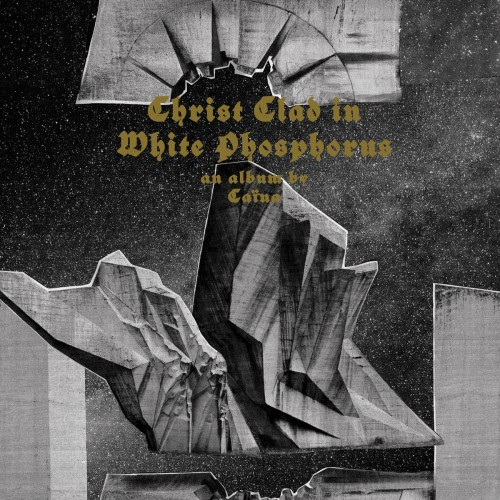 For this new album, Caïna’s core creator Andy Curtis-Brignell is joined by vocalist Laurence Taylor (Cold Fell) and bassist Paul Röbertson, along with contributions by members of the British experimental/noise group Warren Schoenbright and Integrity’s Dwid Hellion in his guise as Vermapyre. 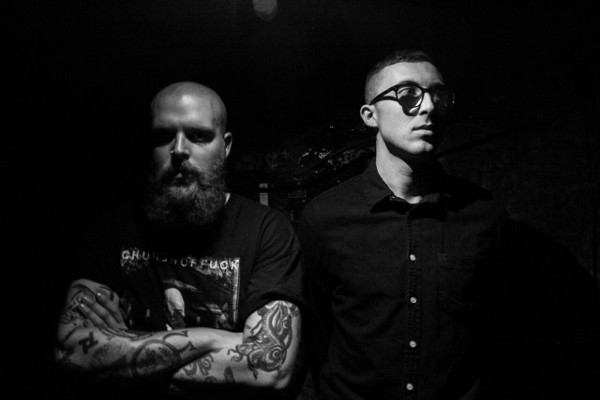 Last week, Terrorizer premiered a song from the album named “Fumes of God”, which includes field recordings of heavy machinery, inspired in part by the film Tetsuo The Iron Man, and then in short order a second track called “God’s Tongue Is An Ashtray” also surfaced on Friday.

“Fumes” is a densely layered cacophony of disturbing and destructive sound, made even more disorienting by truly agonized, dismantling, shrieked vocals — but propelled and given structure by enormous, spine-jarring percussive rhythms. It’s electrifying to hear, and made even more memorable by a soaring, beautiful melody that resembles choral voices.

“God’s Tongue” is possessed of a similar rampaging energy, as it rumbles like an earthquake. But it too is laced with urgent melodies that swirl and shimmer, and in the moments when it slows, you can feel the weight of doom descending. The track as you hear it on Bandcamp stops abruptly, and made me realize how much I wanted the song to continue for at least twice its actual length.

(The album can be ordered via Bandcamp.) 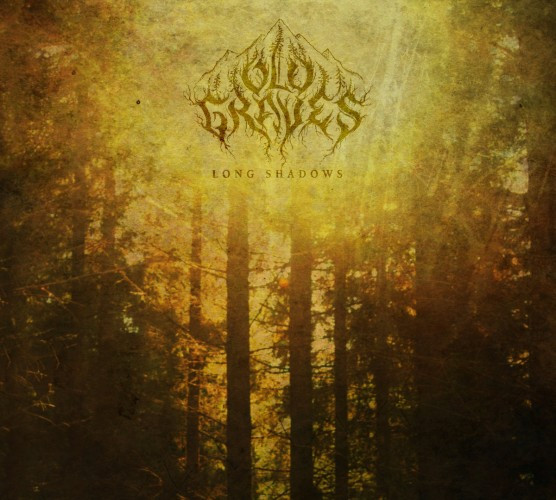 Old Graves is a one-man project from British Columbia, whose last release — an EP named This Ruin Beneath Snowfall — was praised on our site last year. At last, this talented musician is releasing a full-length album. Entitled Long Shadows, it’s coming our way on July 23 through Germany’s Naturmacht Productions.

I learned of the album today through a Bandcamp alert (because I’ve bought from Naturmacht many times before), and there on the new Bandcamp page I found the stream of  “Sumas”, which is the opening track.

Grief flows from the pounding drums and acoustic strumming in the intro of the song like a river of tears, and though the music’s intensity soon builds as a swirling haze of guitar sound, double-kicks, and wrenching howls envelop the listener, the music’s atmosphere remains one of deep loss and even despair.

Yet Old Graves has already demonstrated a mastery of revealing somber beauty within the depths of gloom, and true to form, “Sumas” becomes increasingly spellbinding and emotionally powerful as it runs its course. Put this album high on your radar screen. 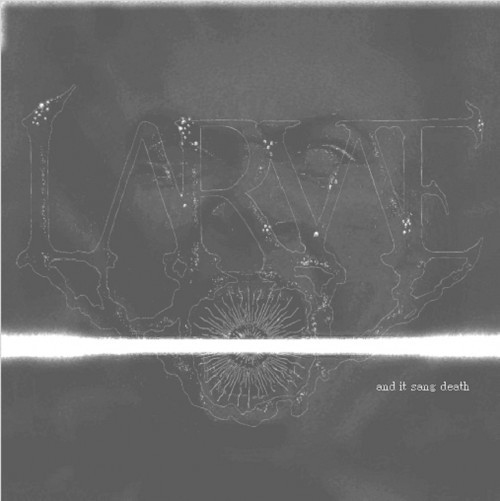 The next band in this collection is a group from Osnabrück, Germany, named Larvae (not to be confused with the band from Oakland who share the same name). Last week Larvae released what appears to be a debut EP entitled and it sang death.

Though I haven’t conducted a scientific study, it seems that the last few years have brought a surge in the number of bands who practice a blackened form of crust and hardcore, and Larvae could be considered part of that surge, though they bring heavy elements of sludge and doom into the mix, as well as ringing/floating guitar melodies of a particularly alien and haunting nature and vocals that would be at home in a sepulchral death metal band.

The music is often bleak and punishing, and marked by outbursts of torrential, scything riffs and blast-beat fusillades, as well as punk-inflected brawling, but unexpected flares of melancholy beauty also surface in this bruising storm. It’s a rich stew of varied styles, but concocted in such a way that the ingredients complement rather than war with each other. A very impressive start for these Germans….

(Many thanks to “M” for linking me to this new EP.)