For this Sunday’s look back into metal’s past I have Bardo Methodology to thank for the idea of focusing on Unanimated. Last week, that site featured an excellent interview of Richard Cabeza by Niklas Göransson, which reminded me not only of Unanimated’s past glories but also of the fact that the band is still alive, though it’s anyone’s guess when they will complete work on a fourth album.

As Göransson notes, Cabeza is “Stockholm death metal royalty” (though he has lived in Dallas, Texas, for the last 14 years). In addition to being one of Unanimated’s founding members in 1989, he was a bass player for Dismember and Murder Squad, a vocalist for General Surgery, and a live member of Satyricon and Dark Funeral. 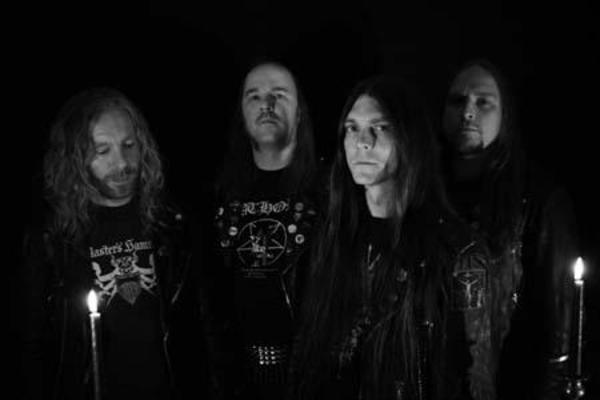 Since the band’s last album, 2009’s In the Light of Darkness, original Unanimated members Cabeza, Bohlin, and Broberg have recruited drummer Anders Schultz (Unleashed) and second guitarist Jonas Deroueche (Face of Evil, ex-Carbonized) to join the band for work on a new fourth album.

Unanimated’s first two albums were 1993’s In the Forest of the Dreaming Dead and 1995’s Ancient God of Evil. Not long after Ancient God was released, Unanimated split up and did not come back together until 2007, ultimately recording In the Light of Darkness.

With a little research, you’ll find evidence that Unanimated was one of the significant early bands in the Swedish melodic death metal movement, though they didn’t have quite the lasting success or notoriety of groups like At the Gates, Dark Tranquillity, and In Flames. They were one of the first bands in the genre to incorporate keyboards, and their music often spilled over into the realms of black metal. The songs also displayed considerable variety, from seething, rampaging viciousness to passages of epic, pagan majesty augmented by clean vocals and acoustic guitar.

Below I’ve picked a few songs spread across Unanimated’s three albums to date, to demonstrate both the variety and the growth in the band’s music, as well as the high level of skill of all the performers. The songs hold up extremely well despite the passage of time… well enough that we ought to be anxious for the completion of that new album.

“Fire Storm” (In the Forest of the Dreaming Dead)

“Cold Northern Breeze” (In the Forest of the Dreaming Dead)

“Retribution In Blood” (In the Light of Darkness)

15 Responses to “THE REARVIEW MIRROR (UNANIMATED)”