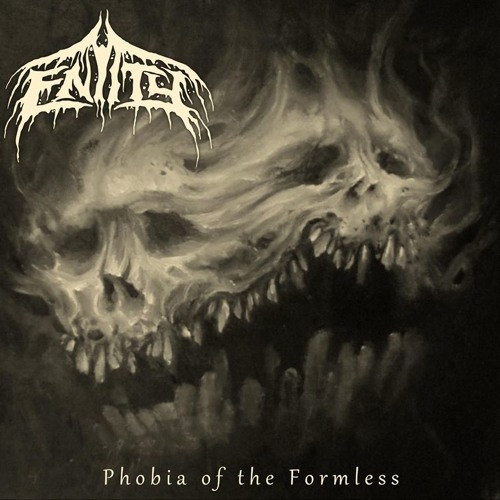 Following a five-track demo and a two-song single in 2014, the Winnipeg-based death metal band Entity are working toward the completion of their debut album Phobia Of The Formless, and today we have the pleasure of bringing you the premiere of a single from the album named “200,000 Years“.

What you’ll hear in this new song is technically adept and convincingly sinister death metal that follows an arc, building steadily toward a climax of ferocious intensity, urged on by a tandem of ravenous growls, howls, and shrieks, and then progressively slowing into a gruesome, head-hammering stomp. 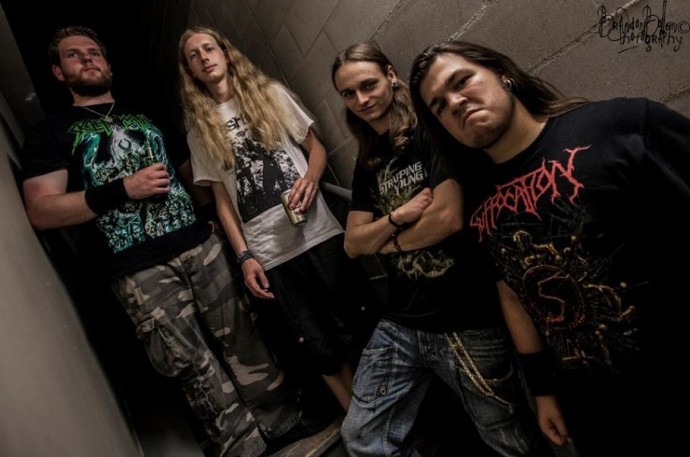 The song begins in a gallop and segues into a jolting jab-fest and then an eviscerating whir of morbid, drilling riffs — but you’ll discover that the band still haven’t reached the crest of their barbarous surge. That’s heralded by the appearance of a scintillating guest guitar solo by Roger Mowat (God Said Kill). And then start getting prepared for the methodical, bone-splintering finale to come.

In other Entity news, the band will soon begin a Western Canada tour that includes an appearance at Armstrong Metal Fest, and you can find the dates on the flyer just below our premiere of “200,000 Years”. 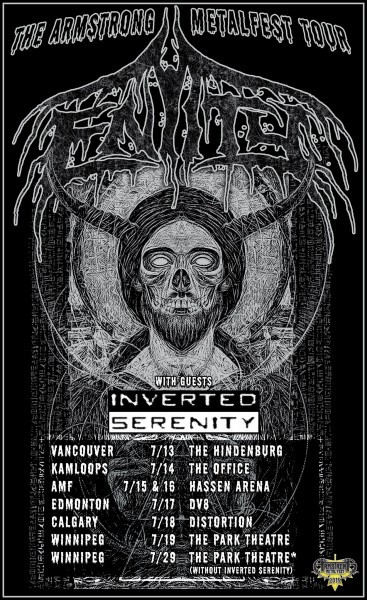