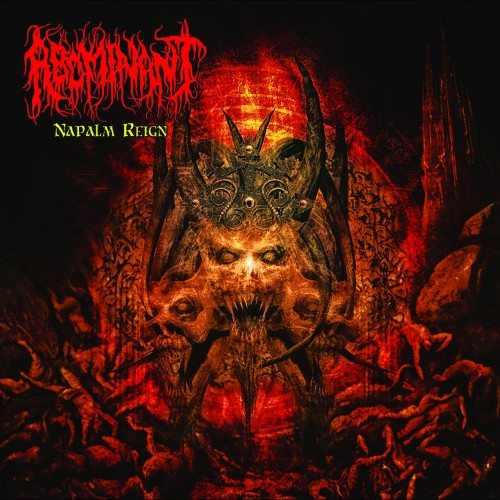 This year the Kentucky death metal band Abominant celebrate their 23rd year of devotion to the dark arts by releasing their eleventh full-length record, Napalm Reign. The band’s long-time ally Deathgasm Records will release the album on July 29, and today we bring you the premiere of one of the new songs — “Burning Hemispheres“.

After more than two decades of regularly releasing albums and performing their infernal creations in live settings, there is no doubting Abominant’s dedication to ancient metal of death, and there is also no mistaking their veteran skill. One listen to “Burning Hemispheres” makes that abundantly evident. 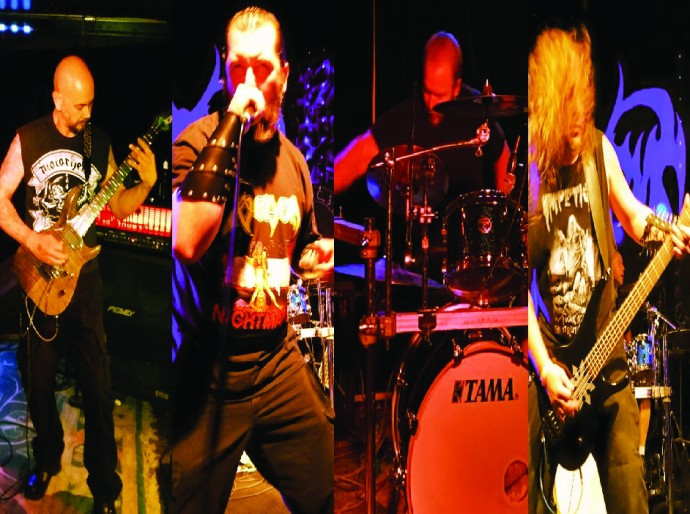 The song is convincingly and disturbingly evil — there’s really no better word for it. It begins like a distant storm that rushes up to you in full force in the blink of an eye, with a morbid, twisting, grinding riff giving way to thundering drums and demonic, slashing chords pulsing with unholy energy — and a snare beat that hits between the eyes.

A poisonous melody slithers through the song like a viper, and that attention to sinister melody, which is prominent even in the song’s vibrant and pestilential soloing, is one of the things that makes the song so seductive (as well as unmistakably feral and vicious). And as you’ll discover, Abominant also display a veteran feel for the importance of dynamics and punishing groove — there’s as much skull-cleaving in the song as there is berserker ripping and tearing.

And through it all, the music’s apocalyptic atmosphere is made even more monstrous by the presence of bestial growls that resemble the emanations of some demonic carnivore whose throat is choked with clotted blood.

To pre-order Napalm Reign on CD and digitally, go here (and at this location you can check out other tracks from the album):