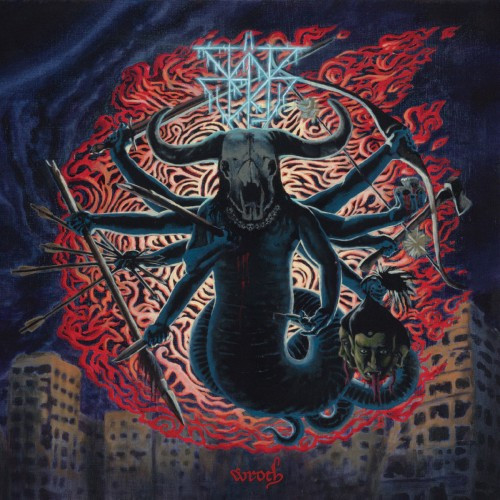 Happy Saturday, motherfuckers (and I say that in the fondest possible way). I hope it will not make your Saturday less happy by telling you that what you’re reading now will probably be our only post this weekend.

I’ll be spending the rest of today and all day tomorrow at an annual two-day outdoor party with the people I work with at my fucking day job. They are great people and they know how to party, and I’m looking forward to it. However, it will be difficult for me to prepare anything for our putrid site until Monday, and since I’m usually the only NCS slave who ever posts anything on the weekends, that means we’ll likely be going dark for two days.

That means we probably won’t have a Rearview Mirror post or a Shades of Black post for this Sunday. I say “probably”, because my blog compulsion is so great that I might figure out some way to post something — but probably not. I do want to leave you with one new music stream before I check out, because I hate posting anything at NCS that doesn’t include some metal. 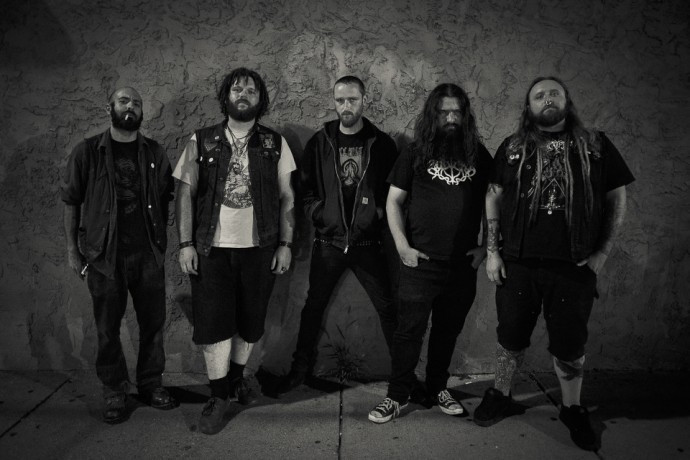 I have dozens of new music streams that I’ve collected over the past week but wasn’t able to spread around through round-ups — because of fucking day job demands that were less fun than what I’m expecting this weekend. I picked this one song stream mainly because it’s the most recent thing on that list that I heard, and because the cover art by Bryce Shelton is fantastic, and I thought it would be an enticing thing to put at the top of this post.

The track is “Narcotically Opaque“, which is what I expect to be for the rest of this weekend. It was recorded by the Oakland band Bädr Vogu (pictured above) and comes from their new album Wroth. Wroth was released on July 15 (yesterday), and there’s a full stream of the album that’s now available on Bandcamp, though I haven’t had time to listen to all of it yet.

If you like your sludge viscous and vicious, harrowing and hallucinatory, and encrusted with the scabs of the thousand daily cuts that life doles out, Bädr Vogu have you covered. There’s an atmosphere of doom that shrouds “Narcotically Opaque” like thick, oily smoke, but when the band aren’t dragging your prone body through a trench filled with paving tar, they give you the means to bang your head and move your body with some killer riffs. The two-tone vocal tandem is killer, too.

I found this comment from the band about the song’s lyrical focus:

“The lyrics deal with watching a loved one existentially fade away via drugs and escapism in order to avoid facing trauma that has indelibly altered them – with the admission that you’re guilty of the same mental escapism. Whether its drugs, alcohol, religion, or television, everyone alters their mindset to avoid facing reality, but sometimes people lose sight of not only themselves, but reality itself in the process.”

The double-vinyl version of Wroth is available for order from Tribunal of the Axe here:

There’s a tape version on the way, too, which the band will be selling on a Western States tour that begins next week (and online after that, if any copies are left). The digital download is available here:

4 Responses to “BLOG BREAK (AND NEW MUSIC FROM BÄDR VOGU)”