(While your lazy editor is away partying, our old friend and guest contributor SurgicalBrute steps up to make sure our Rearview Mirror series continues for another week.)

As I’m sure you all have heard by now, Islander has decided to skip out on doing actual important things this weekend, like entertaining us with new music, so he can spend time hanging out and partying. That means that you readers get the distinct honor of having me host this week’s installment of The Rearview Mirror.

Now, this is a good-news/bad-news sort of situation for you guys. The good news, for those who don’t know me, is that digging up bands is kind of my thing. I’m always on the lookout for stuff that’s been overlooked or forgotten. The bad news is, I’m not much of a writer, even on my best days, and since I’m basically speed-writing this late Saturday evening, we can safely say it isn’t going to be one of my best days… So just bear with me as we look back on Hazael. 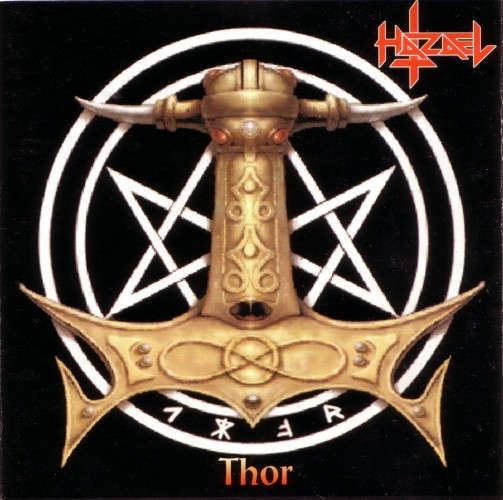 Generally overlooked in favor of their fellow countrymen Vader, Hazael was a Polish death metal band that formed around the explosion of the early Swedish death metal scene… a scene that had a huge impact on them musically. Between 1990 and 1992 they put out three well-received demos, at which point they released their first and best full-length – Thor.

As I said, for most of their career, Hazael took their musical influences from the likes of Entombed, Dismember, and Necrophobic, among others, something that was relatively unique at that time for a Polish death metal band. Taking the absolute best from the Swedish formula, this album deserves a spot alongside bona fide classics such as Left Hand Path, and Like an Everflowing Stream.

Unfortunately, Thor was Hazael’s final word on death metal. While they did go on to release an EP and one more full-length after this (The Kiss and Other Movements), the band took a distinctly sharp turn with their sound. Choosing to go in what would best be considered an epic doom/gothic metal direction, which in my opinion just didn’t work nearly as well for them, the band originally broke up in 1996 (they did recently reform for a brief time between 2014-2015, but their current status appears to once again be up in the air).

I’ve taken the liberty of selecting a few of my favorite tracks from their first album below (an album which was recently reissued in 2014).

One Response to “THE REARVIEW MIRROR (HAZAEL)”