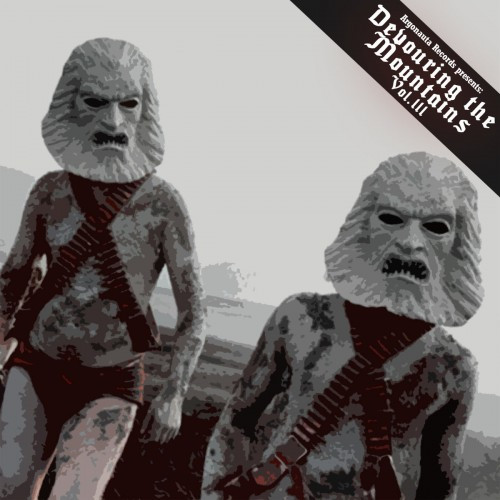 As explained yesterday, I intended to take a break from blogging this weekend. I have paused a few times in my eating, drinking, and merry-making long enough to scan what’s happening on Facebook, and I happened to see a status which revealed that Italy’s Argonauta Records just released a free compilation of songs from 16 bands on the Argonauta label, which tends to focus on sludge, doom, post-metal, stoner, and drone. The name of the comp is Devouring the Mountains (Vol. III), and the songs come from Argonauta releases over the last 12 months.

We’ve written previously about half of the bands included in this comp (Hollow Leg, Beneath the Storm, Among Gods, Surya, Wows, Filth In My Garage, Return From the Grave, Eyes Front North), praising them all, and that gives me high hopes for the songs from the other eight bands.

I did listen to the first two tracks on the comp just now (both of which I had heard before and both of which are killer), but I’m going to tear myself away from this music (and from NCS) and go back to what I was doing on this Sunday morning, i.e., attempting to recover from my hangover well enough to stand up, walk, and rejoin my spouse and other friends for Day Two of debauchery in the forest. I leave you with the stream of this new compilation; to download it for yourself, go here: