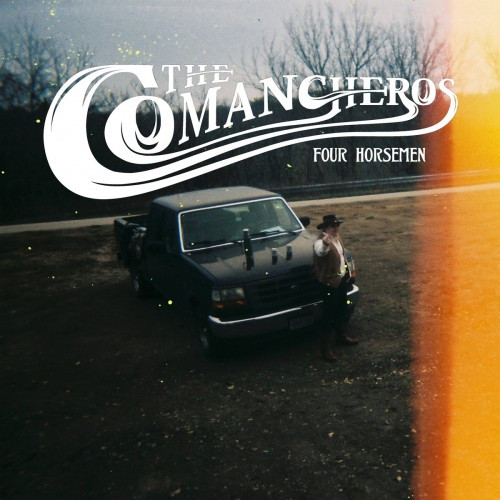 (Andy Synn reviews the debut EP by The Comancheros, headquartered in Columbia, Missouri.)

As my third and final entry this week on the theme of bands beginning with “The” I’m venturing a little bit outside of our usual wheelhouse with the smooth and smoky brand of musical misery served up by The Comancheros.

But Andy, how are these guys in any way relevant to the NCS audience, I hear you ask?

Well, for one thing, one of their members just so happens to be a certain R. Michael Cook of the inimitable A Hill To Die Upon (who, I have it on good authority, are back in the saddle and working on new music themselves), and for another The Comancheros list their main influences as “Lynyrd Skynyrd, Willie Nelson, Judas Priest, and Dwight Yoakam”, which suggests to me that one or two of you might just find something to like on their new EP, Four Horsemen. 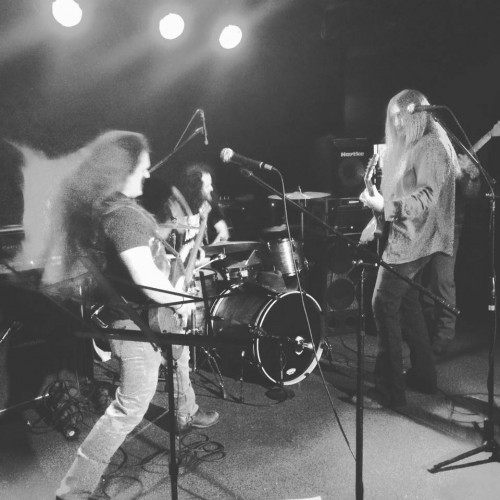 That being said, don’t be expecting much in the way of hard-rocking, straight-shooting riffs… or, in fact, any at all…. on this EP.

You see, Four Horsemen is very much an acoustic record in the vein of the aforementioned Nelson and Yoakam, and the six tracks (one of which is the band’s interpretation of that well-known folk-hymn “O Death”) which comprise the meat and the marrow of the EP tend more towards solemn introspection than extroverted aggression, with Tanner Jones and Cook (and friends) picking their way through a series of sublime, shadow-tinged melodies with patient, sombre precision, all overlain with a set of moody, melancholy vocals that preach of love and loss and life in all its pain and sorrow.

So if you’re looking for something a little different from your usual, more metallic fare, but still fancy something just as bleak and just as emotive, then why not give Four Horsemen a try?

After all (and I can’t believe I’m typing this), there’s more to life than sheer volume.

3 Responses to “SHORT BUT SWEET: THE COMANCHEROS — “FOUR HORSEMEN””