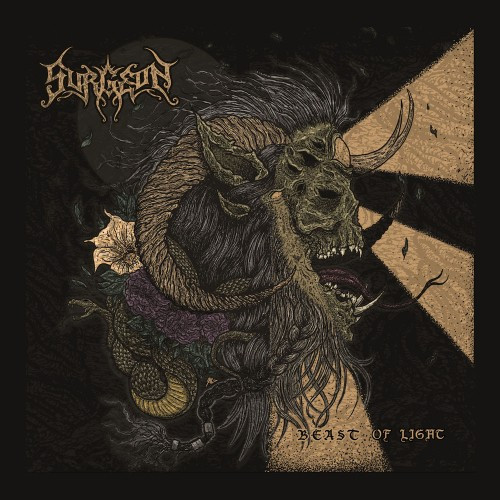 Beast of Light, the new album by Philadelphia’s Surgeon, is remarkable. It blazes with creative exuberance, in both its compositional approach and in the high-caliber performances of the band, delivering one intense (and intensely interesting) listening experience after another. The dynamic music also masterfully crosses genre boundaries, combining elements of black metal, death metal, and progressive metal in scintillating and powerful ways.

Two songs from the album have already debuted in advance of its August 30 release by Anthropic Records, and today we’re privileged to bring you a third — a song appropriately called “Burn“. 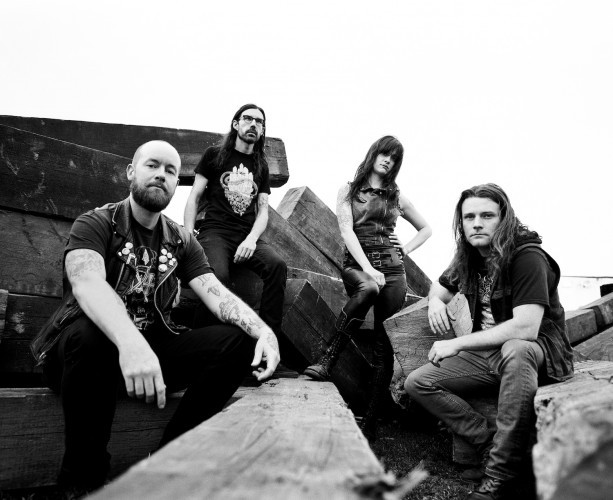 The melodies in the song sometimes ripple and sometimes seem to chime, alternating between disconcerting dissonance and clarion calls that verge on the heroic and majestic. There are passages of heart-swelling, symphonic grandeur in the music, just as there are passages of warlike savagery. The music thunders, gallops, and sometimes leaves the earth altogether as if taking flight among dark clouds on raptor wings.

The guitar interplay of Lydia Giordano (Hivelords) and Josh Mustin is one of the song’s obvious strengths, but the pulse-pounding partnership of drummer JT Wieme and bassist Sean Bolton is equally galvanizing — and Bolton’s feral, blackened vocals (reminiscent of John Haughm’s) are absolutely scalding; to mix my metaphors, they sound like the fury of an enraged panther fighting for its life.

“Burn” really is a well-chosen title, because the music is white-hot in its intensity. Yet in addition to delivering a high-strength adrenaline surge, the melodic components of the song really put the hooks in your head, too, and that skill at combining blood-rushing intensity with memorable melody is abundantly on display throughout this very fine album.

Beast of Light features eye-catching artwork by Fred Grabosky (FTG Illustrations). It was recorded by the band, and it was mixed and mastered by Kevin Antreassian (Dillinger Escape Plan) at Backroom Studios. The track list is as follows:

Anthropic Records will release the album both digitally and on CD. For more info about the release, follow the links below. After our stream of “Burn“, we’ve also included videos for the two previously released tracks, “War Is Love” and “Forest of Ghosts“, as well as the schedule of Surgeon’s upcoming tour with Mastery, which culminates in their appearance at Shadow Woods Metal Fest.