(DGR steps in to write this Sunday’s edition of The Rearview Mirror, in which we revisit releases from metal’s past.)

Sometimes I find myself shooting awake with ideas for Rearviewmirrors, lots of which remain half-written. I love this column because it allows me to basically post what I wake up thinking, which is usually along the lines of ‘Holy shit, remember _______?!’ I did that recently with Circle Of Dead Children, a band whose music was not only an ugly reflection of the time in which it was written, but also years later is still able to turn a mirror and announce with utter disdain that absolutely fucking nothing changes.

Of all the bands that would eventually find their way into my early-going CD collection, Pennsylvania’s Circle Of Dead Children were always one of the most extreme ones. I came around to the group late-ish in their career, a few years after Zero Comfort Margin — the group’s 2005 EP that is today’s subject — was released. I actually discovered this EP in early 2008, after reading the lyrics to one of their songs, “Android (120 Ampere Opiate)”, and it closed with the line “Your sound bite slogans can burn with your flags”. 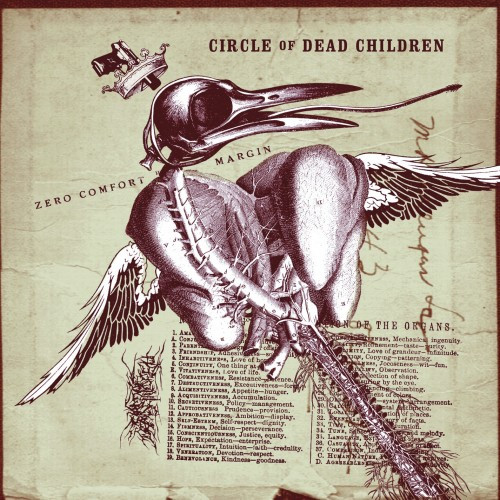 Circle Of Dead Children were one of my first really deep dives into the death/grind scene as a whole, as the vocals by frontman Jon Horvath were several different levels of indistinguishable, and downright monstrous. However, they are also a band prone to hibernation, and after Zero Comfort Margin hit in ’05, the group’s next big release wasn’t until 2010 with Psalm Of The Grand Destroyer and since then things have been quiet. Right now it seems as if the band have hung up their hats, ay least for the moment.

It actually slots in nicely with the overall Circle Of Dead Children discography — like a blistering take on 2001’s Genocide Machine and 2003’s Human Harvest. Despite the blistering furnace and musical freakout that comprised much of Zero Comfort Margin, one of the things that stuck with me was its dedication to extremity in lyrical form and in the samples sometimes used to end its songs.

The anti-police and anti-justice-system-as-a-whole rant that closes out the title song has been one that has been weighing on my mind in recent days — especially as we’ve watched the same cycle of events play out again and again; even a song from eleven years ago has started to seem oddly prescient. The “freedom from civilization by burning civilization to the ground” speech that appears later in the disc is another.

It all just serves to highlight the disgust from which Circle Of Dead Children crew were writing much of their music; in Zero Comfort Margin it was just laid bare on the table and not even slightly hidden in allegory. It was certainly not the sort of release you listened to for its calming effect, and the Zero Comfort Margin title was meant literally — you likely weren’t going to make it through a listen of this disc without walking away pissed at something, even if it was the band themselves for challenging your status quo. 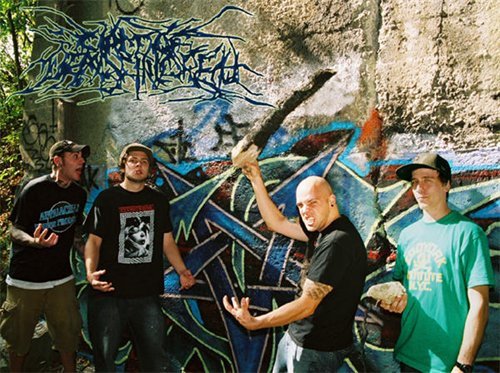 The always-fun reminder when it comes to grind albums comes up when you see that Zero Comfort Margin has fifteen tracks yet is considered an EP. Likely, this is due to the presence of a handful of thirty-some-odd-second instrumentals and an ambient piece called “Footprints In Fire” that is the lead-in to the cover track “Playdumb”. Other than those ambient bits and occasional spurts of electronic experimentation in the form of distorted interference before one song, Zero Comfort Margin is relentless from front to back. The breather bits between songs are almost welcome, as the tracks spastically switch from blistering death metal to classic grind riffs to songs seemingly bent and smelted out of utter chaos in seconds — with gurgled growls and shrieks that cut like razor wire over the top of it.

Circle Of Dead Children are one of the few bands out there where I absolutely have to listen to something far calmer afterward; a full discog run is basically a tutorial in individual annihilation. By virtue of it being an EP, Zero Comfort Margin always felt like it got a little overlooked in comparison to the group’s burst of activity from ’98 to 2003, with three albums packed into that period and then the brief hydrogen bomb burst that was Psalm Of The Grand Destroyer, but it is ugly, heavy, and challenging as hell — on multiple fronts — and a disc that deserves to be dug into again.

5 Responses to “THE REARVIEW MIRROR (CIRCLE OF DEAD CHILDREN)”