On July 20, Singapore’s Wormrot announced that they will be releasing a new album named Voices on October 14, and they revealed the great cover art you see above by Zahir Sanosi (aka Kilas). Voices comes five long years since their last album, Dirge. Wormrot made a video to announce the new album, and it includes a new song from the album called “Fallen Into Disuse”. 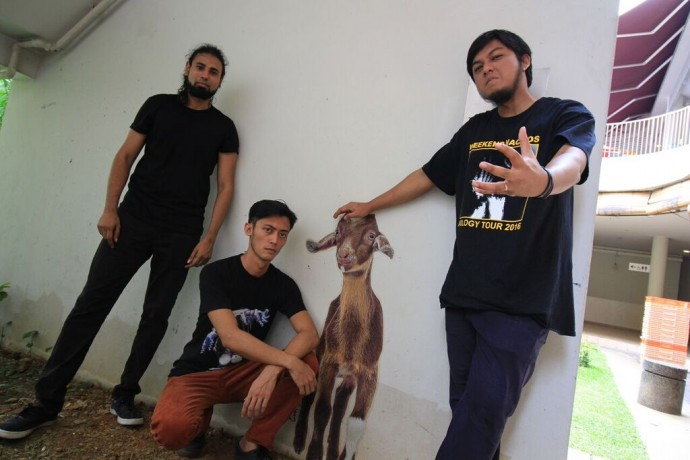 Just do what the video tells you to do, and prepare for an electric jolt to your brain stem.

Voices can be pre-ordered via the links below (it’s also on iTunes): 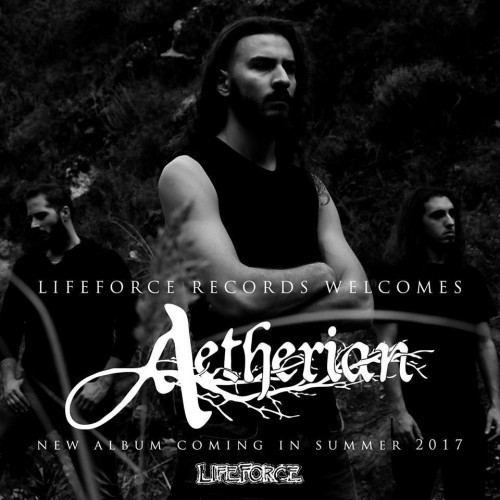 We have been following and celebrating the music of the Greek band Aetherian since 2013; I count six posts (not including this one) in which we’ve written about their music, including one in which we premiered a song from their debut EP, Tales of Our Times. Their latest release was a powerhouse of a song in April called “The Rain”, accompanied by Aetherian’s first music video. As I wrote then:

“It’s yet further proof of Aetherian‘s remarkable talent for creating music that’s both electrifying and aching with pain. This song is one of the most savage and emotionally intense the band have written, with strikingly barbaric, blazing vocals, and explosions of blast-furnace intensity. And yet the melodic core of the song is immensely appealing — and of course very dark and dramatic.”

And the video for “The Rain” could hardly have been better suited to the music.

With this background, we were delighted to learn last week that Aetherian have signed with Lifeforce Records for the release of their debut album, projected to appear in the summer of 2017. To celebrate that good news, I watched and listened to “The Rain” again this morning. Sooooo good. 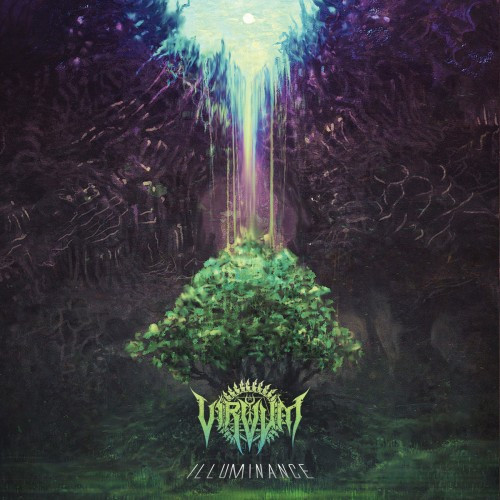 Some of our readers here at NCS may be familiar with Zurich, Switzerland-based Virvum from my post about them here at NCS last year. At the time, they had just dropped a standalone single called “Internal Howl”, a powerful song that was really impressing me at that moment. As good as that song was, nothing could prepare me for the band’s even sleeker evolution and growth on display throughout yesterday’s newly released song, “Ad Rigorem”. It’s the debut single to be released from the band’s upcoming full-length, Illuminance.

In their current form, they seem to be leaning slightly more towards a progressive death metal sound with some atmospheric elements to it versus the more straightforward technical death metal singles they had released before this. Needless to say, I’m pretty damn psyched to hear all of Illuminance and I hope some of you enjoy this song!

Virvum’s Illuminance comes out on Friday, September 16th, and the band has already made a multitude of sick pre-order options available; you can find them linked to below. Also, how sweet is the fucking art for this thing? One of this site’s favorite artists, Sam Nelson, aka Stigma Art (First Fragment, Vale of Pnath, etc.) did the cover for this bad boy, and it certainly draws you in instantly! 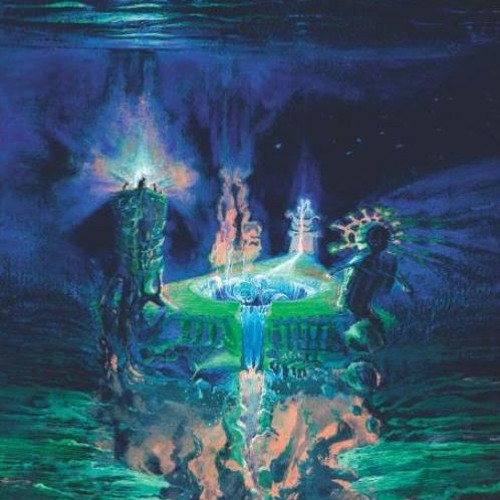 Mordor would have made a great candidate for our Sunday Rearview Mirror series, but I decided to discuss them here today because of my recent discovery (months late) that Witching Hour Productions is re-issuing the band’s earliest two recordings, their first demo from 1992 named Nothing… and their first album, 1993’s Prayer to…. Both releases were remastered from the original recordings at Solace Studio by M. from Mgła, and a remastered song from each release is now available on Soundcloud.

As I’ve learned, Mordor were one of the earliest Polish doom metal bands, coming together in the ancient year of 1990. Nothing… was originally released on tape by Baron Records, while the full-length Prayer to… was also originally a tape release, issued by a label called Promus. Witching Hour’s remastered reissues will be available on 12″ vinyl, jewelcase CD, and tape (and can be ordered here).

I haven’t yet listened to either of these releases in their entirety, only the song from each one that’s on Soundcloud. The first one below is “Nothing Makes Any Sense”, from the Prayer to… album. I’m unable to resist using the word “epic”. Other words that spring to mind in listening to the song as it builds in intensity: haunting, majestic, immense, perilous, memorable. And the combination of the cavernous, craggy growls and high, operatic female vocals works very well. 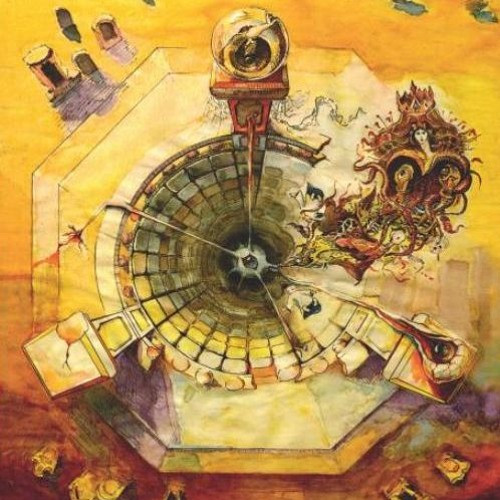 The remastered song on Soundcloud from the Nothing… demo is “The Kingdom of Mordor”. All the words that jumped to mind in listening to the song from Prayer to… are suitable here as well, though this track is more guitar-based (no keyboards), more animated, and doesn’t include the contrasting female vocals (though the male ones are still horrifying and ghastly). It turns into a marauding bulldozer before it ends and also features a scintillating extended guitar solo.

A killer track that’s remarkably accomplished for a first demo, and one that has stood the test of 24 years in time quite well.

P.S. Mordor have become active again, and it seems that they recorded a 2015 promo called Darkness…, from which I found two songs after finishing this post. So I’ve added those below (though I haven’t yet heard them). I’m not sure when this demo will be released, but I’ll update this if I find out. 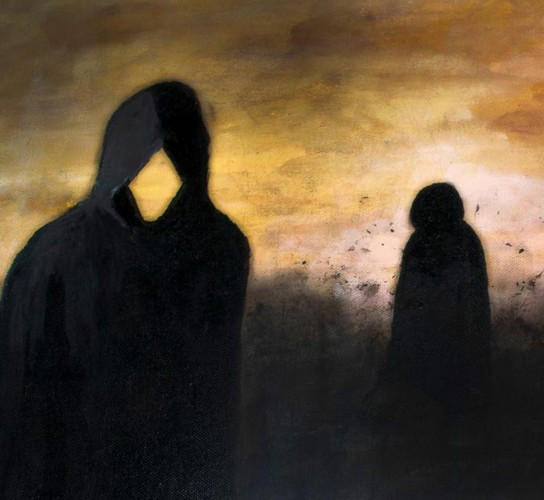 Pantheist is the brainchild of Greek musician Kostas Panagiotou, which first sprang to life after he had moved to Belgium, though the band is now based in London, where Panagiotou moved in 2004. Over the course of their career to date, Pantheist have released four albums, the last of which was a self-titled work in 2011 (Panagiotou has also been a member of other respected bands, as well as a guest musician on the releases of many others).

In mid-June Pantheist released a digital version of a new EP (though it’s really album-length) named Chapters, along with this explanation:

“Fundraising EP containing five imaginative tracks of Futuristic Space Doom. All funds generated from this EP will be used to support the recording of Pantheist’s fifth full-length album, which is to be released by early 2017. All downloads get a free pdf copy of the concept story ‘Events (or Professor Losaline’s Extraordinary Journey Into the Unknown)‘, which accompanies this EP.

Chapters seems to have been created largely by Panagiotou, in collaboration with current and former Pantheist members and with help from an array of guests who are identified on the album’s Bandcamp page. Although Chapters has been out for about a month, I only came across it a few days ago. It deserves a more complete and carefully considered review than I’m giving it here. However, all I have time to do is to make a feeble effort at summing up in this way, and encourage you to give this a shot:

While “Futuristic Space Doom” may be the general organizing principal, there’s a lot of variety on the album. You’ll be able to rock out and headbang at well-chosen moments, as well as become ensorceled (and thoroughly crushed) by Pantheist’s powerful spells. The fourth track, which is a cosmic funeral doom monolith, may be my favorite on Chapters, but you really can’t go wrong with any of the songs here.