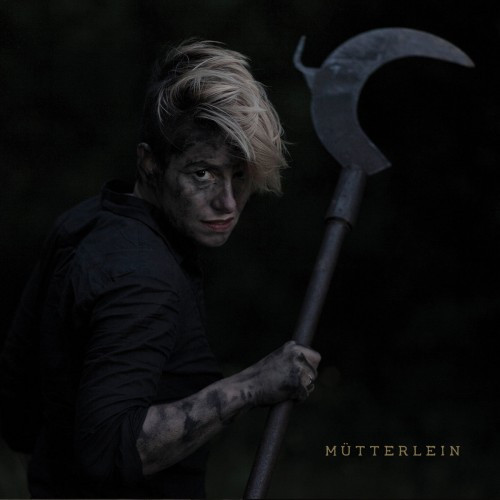 Those of us who hunger for darkness in music find sustenance in particular forms of extreme metal, made by people who sustain themselves by making it. But sometimes the essence of pain, frustration, anger, isolation, and the defiant desire to throw off the yokes that both engender such feelings and restrain their expression can be captured in other ways. And sometimes the summoning of that essence comes from unexpected sources.

Which brings us to Mütterlein — a band named for a song on a 1970 album by the German musician and actress Nico; a band whose principal creative force Marion Leclercq (of the cult French act Overmars) has named Nico, The Cure, and Breach as the three main pillars of her widely varying influences; a band for whom krautrock and Shannon Wright seem to be as beloved as Sabbath and Tragedy; a band who caught the ear of Phil at Debemur Morti Productions and Blut Aus Nord’s Vindsval, who together made Mütterlein’s debut album Orphans of the Black Sun the first release of their new collaborative label Sundust Records. 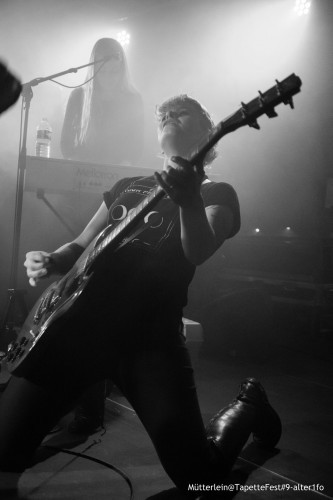 Sundust’s mission is to spread to open-minded listeners transcendent music that isn’t inhibited by the usual genre characteristics of metal, and Mütterlein certainly aligns with that mission. Orphans of the Black Sun is unusual in many respects; it’s difficult to pin down; there is a kind of simplicity to the compositions, but also a concentrated attention to the details of the sound, with every note and tone seemingly devoted with care to the creation of a haunted (and haunting) atmosphere and the expression of powerful emotion. In that enterprise Marion Leclerq was joined by Christophe Chavanon of Kerwax Studio (and by the guitarist and drummer of Carne for live performances).

Orphans of the Black Sun has been out since this past spring, but Mütterlein is now embarked on a project of creating a series of music videos for the songs on the album. Today we are presenting the first of those, which accompanies the first track on the album, “Lesbians, Whores and Witches”. The video was made by Aimée Lügenmund, and Marion Leclerc introduces it in this way:

“As it’s the first song I’ve written for this project, I still have a special affection for it. The lyrics approach the larger issue of widespread persecution through the more specific oppression of the marginalized women in our society. As a symbol of all types of discrimination, I wanted the chorus to sound like a federating anthem against all kind of erratic dominance. I still like the fact that someone else can certainly make another sense of it. Aimée Lügenmund is presenting her very own interpretation of this song in these moving images and it really caught up with my first intentions.”

If you haven’t listened to Mütterlein before, the first thing that is likely to stand out for you is Marion Leclerc’s voice. It’s not pretty in any classical or conventional sense, but there is purity and primal power in its raw, genuine passion. And the music in this track that surrounds her voice like a swirling mist is both gloomy and sinister, both ritualistic and hallucinatory.

If you like what you hear, Orphans of the Black Sun can be ordered on digipack CD HERE or on 12″ vinyl HERE. It’s also available as a digital download here: