(DGR takes over The Rearview Mirror again, with a look back at the Finnish band Wolfheart — and it’s not the one you’re probably thinking of.)

When prolific Finnish musician Tuomas Saukkonen launched a new solo project entitled Wolfheart in 2013, there was a small part of my brain that fired and said there had been a Wolfheart before — which was true; there have actually been a couple of them. But I quickly wrote off the hunch as a misfiring neuron, which has pretty much been shown to be the basis of this site.

Why it mattered to me that there had been a Wolfheart prior to the formation of the current excellent Wolfheart is a question that would go unanswered for some time, until I remembered that the other Wolfheart had been a project launched by a couple of the members in Charon — and then it all made sense, as I am a fan of Charon, albeit in an ass-backwards sense because I didn’t really check them out until an eternity after Poisonblack had launched in the mid 2000s, it being the project of one of the main guys behind Sentenced, who hung it up in 2005. 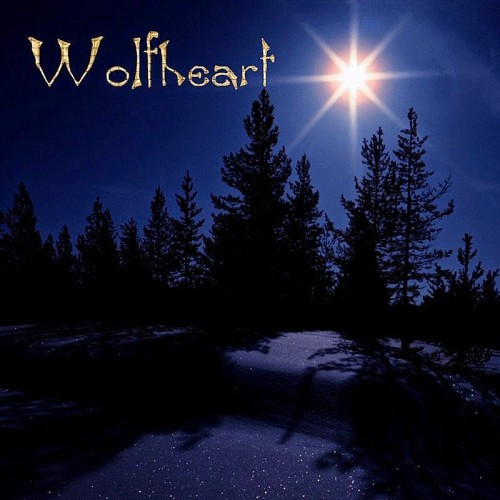 Like much of my musical exploration, this didn’t really happen until the latter 2000s. So, as much as I fancy myself (jokingly) as a musical anthropologist, this particular investigation all kind of happened in one big, stupid block with much assistance from Wikipedia and its ilk.

I’m prone to enjoying the hell out of that particular branch of sad-sack goth rock/metal, so you can see how this might have gone. Poisonblack (now currently on hold/questionably split?) recorded their first disc in 2003 with Charon’s vocalist handling frontman duties — actually, the only disc of theirs he would perform on, keeping his career mostly with the Charon project (Charon hung it up in 2011) — and I then found myself exploring other projects the musicians in this giant circle had been in. And so the lone 1999 album of the earlier Wolfheart project would reveal itself, and since my initial reason for digging it up was something of an historical amusement, I figured we should explore it again.

Cold Breath, Wolfheart’s only release outside of a demo released under a different band name, clocks in at a little bit over thirty minutes. Wolfheart consisted of Jasse von Hast (credited as Jasse Hast, according to MA) and Antti Karihtala. Jasse handled most of the instrumentation on Cold Breath, with Antti backing him up on the kit. What is interesting about Cold Breath is that it straddles a couple of different realms, sounding partially like a folk/pagan-influenced disc but at the same time melding some ’90s-era melodeath and a hefty dosage of forest-worthy black metal into a creature that could at least be described as an interesting experience. 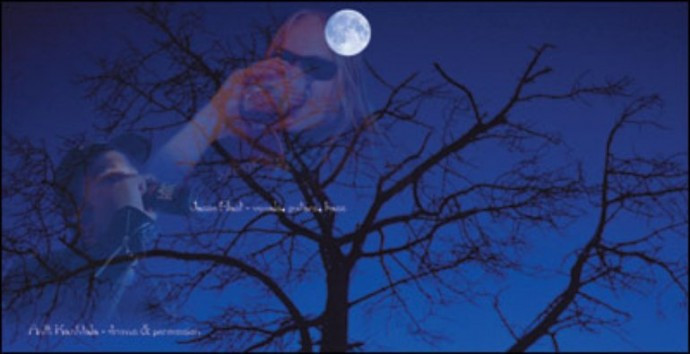 The low-end presence on Cold Breath is actually pretty large — with a thudding bass that seems to float up above the music at times. One of the biggest instruments present, though, outside of the harsher vocal deliveries, is the synth usage, which provides sparse melody amongst the rapid guitar work. The guitars certainly aren’t insanely flashy on Cold Breath, instead used mostly to propel the songs along at quick speeds with rapid note shifts in the riffs, and to provide much of the freezing atmosphere that Jasse and Antti were aiming to get across. There’s a couple of smaller lead bits throughout, but Cold Breath is one of those releases that needed to be taken as a whole — if only to really see how “cold” these gentlemen succeeded in making this disc.

Since Cold Breath is only a tad over a half-hour long, it feels like a given that most of the songs would be within the three-to-four minute range. The longest song — “The Hands Of The Moon”, which has a catchy-as-hell chorus riff that is almost criminally infectious as well as the flashiest solo playing — nears five, and it’s half-way into the disc, so it feels partially like the songs are building to that one “epic”.

“Frozen Dreams”, the song before it, is also stunningly catchy, with a recurring motif that appears in the intro and then comes back for the chorus; the guitar part that opens “Frozen Dreams” is one we should be happy has been archived, because it is delicious. It really means that the two gentlemen of Wolfheart were basically being as punchy as they could get in cranking out the riffs.

“Nightburnt” — the first song after the intro bit — is the prototypical Wolfheart song for this album as a whole. It has snarling vocals, a quick-moving guitar part that at times has a folksy swagger to it, and you can really hear the aforementioned bass brought to the forefront, which becomes a recurring theme for much of Cold Breath. Wolfheart also spent tons of their songwriting time adding atmosphere on top of crunching guitar riffs, with some songs like “Golden Tears” moving incredibly quickly for an album that gets mixed in with the black metal scene, and the bass guitar just rumbles all the way through it. It’s an interesting mix choice.

Overall, Cold Breath is actually mixed a little thin, though. It feels like a very sleek album, and the vocal work cuts like a knife on top of everything. The instruments dance around behind him, but the snarling-through-upper-register vocal work could cut glass.

While all we have available to us is uniformed speculation as to why Wolfheart never really got further than one disc, it is interesting that something like this can feel like a near-perfect microcosm of the music scene at that time. It combines a handful of different genres, though its aim was a huge black metal influence, and mixes them into a small hurricane that whirls about for thirty minutes. A couple of the songs on Cold Breath were on a previous release by a project known as Auroral that eventually gave birth to Wolfheart, but that the band really started and stopped with Cold Breath is an event that seems a little unfair, because with some hammering and polish, this music could’ve been immensely enjoyable.

As it stands, Wolfheart is a project that has unfortunately been hidden in the books of metal history, in part because of that small handful of other Wolfhearts out there, one of which happens to be the other Finnish band, who are great. Given the purpose of The Rearview Mirror series, Cold Breath seemed like a fantastic candidate to be dug up again, if only as an exercise in musical anthropology. Jasse and Antti both found their ways into some interesting bands afterward, with Jasse playing guitars for Tomb Of Finland and Antti handling the kit for Kypck as of 2011 — whilst Charon continued on until the aforementioned 2011 end date — so there’s likely no reason for them to return to this material. But it is still entertaining to give a quick spin and see where these two musicians were at in 1999 and what they thought they could dish out in terms of chimeral genre-fare.

5 Responses to “THE REARVIEW MIRROR (WOLFHEART)”