I’m finishing this post on the way to the airport, where I’ll board a flight for Las Vegas with my spouse to attend the wedding of one of her nieces. We’ll be there for three days. That may interfere with NCS activity for the rest of the week. If there’s not much up on the site between now and Sunday, that’s the explanation.

But it may not interfere. Everyone I know who will be at this thing, including my wife, plans to spend a lot of time in the casino. I’m not much for gambling; throwing away money in an undoubtedly losing cause tends to sap the pleasure after a while. And since I’m not keen on getting broiled outside, that leaves the hotel room… and metal.

In the meantime, here’s a quick round-up of new music. Because time is short, I have to largely dispense with reviews/descriptions today. The last time I did this, a reader jumped on me for not at least providing a genre description, so I’ll do that. 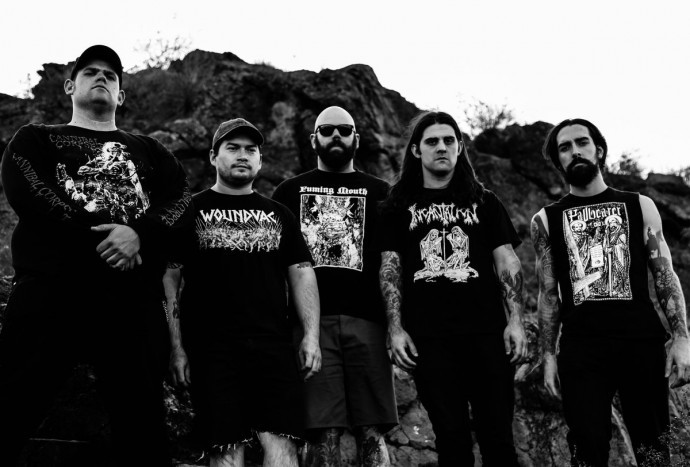 The first item is a song by Arizona’s Gatecreeper from their debut album Sonoran Depravation, the glorious cover of which is at the top of this post.

I’m really happy for Gatecreeper, who are getting to release this album through Relapse Records on October 7. I’ve been following and writing about them for a few years, and they deserve the exposure this will bring.

Below is the opening track, “Craving Flesh”, which is excellent. To quote from the press release: “crusty, doom-soaked death metal at its most infectious and uncompromising with a massive sound that calls to mind the classic Swedish buzz-saw attack of Dismember and Grave mixed with the impeccable groove of Obituary and Bolt Thrower.” 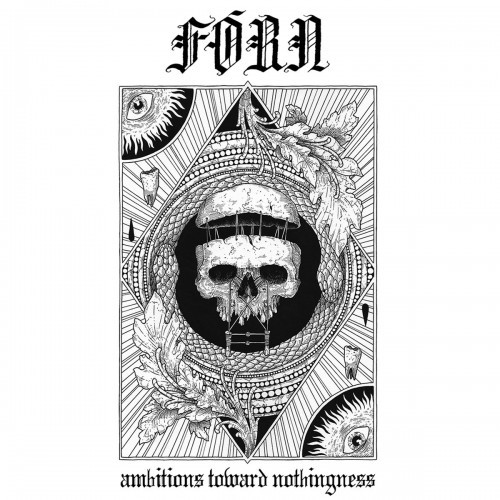 Boston’s Fórn is another band I’ve been following and writing about for a couple of years (most recently here), and as with Gatecreeper, when I see they’ve released something new I tend to pounce on it pronto.

Within the last 24 hours they released a new single named “Ambitions Toward Nothingness”. It’s available on Bandcamp for $1, with 50% of all download proceeds going to BLMCambridge.org in support of Black Lives Matter.

Prepare to be crushed by the doom of Fórn. 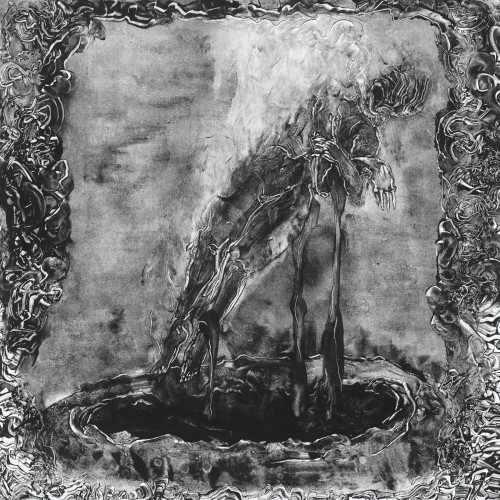 I don’t think we’ve written about Predatory Light before. They used to be based in New Mexico and are now ensconced in Seattle. Their line-up includes current or former members of Anhedonist, Vanum, and Ash Borer, and if that doesn’t peak your interest I’ll be surprised.

After a couple of demo cassettes and a split, Predatory Light will be releasing a self-titled debut album through Invictus Productions on September 22 (with a vinyl edition to be co-released by Invictus and Psychic Violence).

Below you can listen to the first advance track, “Path of Unbeing”, which premiered at Metal Injection yesterday. It’s an excellent song, and for those who don’t want to be surprised, it’s black metal.

The next band, who hail from Melbourne, Australia, represents a comeback. I’ll quote the info I received from Hells Headbangers, who will be releasing an album by the band named Heaven Bled on October 14:

“Helmed by one relentless maniac named Peter Hobbs, HOBBS ANGEL OF DEATH are one of the more unsung cult favorites of ’80s metal. Hailing from Australia many years before it was cool to do so, the band released two classic demos in 1987, Angel of Death and the telltale Virgin Metal Invasion From Down Under, before time came for the inevitable debut album. That album, 1988’s Hobbs’ Angel of Death, was released by Steamhammer during the label’s glory years, and quickly found a devoted legion of fans enthralled to HOBBS’ Kreator-meets-Dark Angel style of death rash…. It would be many years before a follow-up, 1995’s Inheritance, and the band broke up not long after.”

And that ought to give you a clue to what you’re about to hear on the album’s first advance track, “Son of God”. It’s good shit. 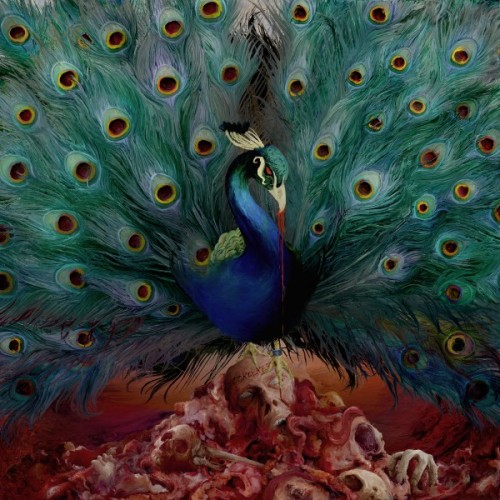 I’m sure everyone who cares about Opeth has heard this next song, either through the rip of a radio show that was quickly yanked from YouTube on Monday or through the official premiere that occurred yesterday. I’m including the stream here mainly to provoke some discussion, because people seem to enjoy talking about Opeth’s evolution (or devolution, depending on your perspective).

Based on that evolution/devolution, I had low expectations going into this new album, Sorceress. And so I was somewhat pleasantly surprised by the song (which is the title track), though that may have something to do with my mindset as I went into it. The funky opening is kind of fun in a not-metal funky way, there’s some crunch in the pounding, main riff that follows (which, like the song as a whole, smells of trippy stoner doom), and the outro guitar instrumental is kind of interesting.

But on the whole, I’ll pass. What do you think?