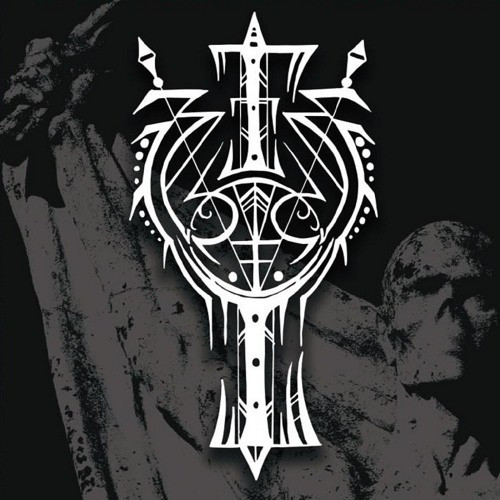 Feral Light come our way from Minneapolis, with a three-man line-up consisting of vocalist Jeff Scheuermann (Incarnate Deity, ex-Finger of Scorn), guitarist/bassist Andy Schoengrund (previously a member of such bands as Wolvhammer, Empires, and Manetheren), and drummer Andrew Reesen (ex-Censer). With a 2015 self-titled demo under their belts, on August 19 their debut EP A Sound of Moving Shields will be released on tape (and digitally) by Sentient Ruin Laboratories. Last month I raved about the EP’s first advance track, “Baptized In Shellfire”, and now we have the pleasure of bringing you another new song from the EP, “Hell By Compass“.

With lyrical themes that focus on the self-destructive horrors of human warfare, Feral Light draw upon the traditions of black metal, crust, and hardcore to create music that’s dark, intense, and as raw and grim as a mortal wound. But while the band are very effective at pulling the listener by the throat through a harsh and ravaging gauntlet of hopeless turmoil, the music is multifaceted — it rocks damned hard, and its bleak melodies are capable of leaving a mark in your mind as well. 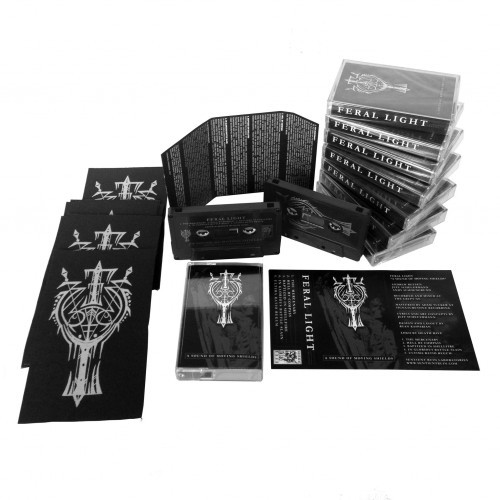 “Hell By Compass” is coated in a layer of gritty distortion, and with an introduction composed of feedback abrasion, slow, sludgy, corroded chords, and dissonant flickering notes, the band waste no time establishing an atmosphere that’s doomed and heavy as hell. And then they segue into the first of several changes in this dynamic song, with an accelerated, backbeat-driven rhythm paving the way for the advent of high, caustic vocals that convey both pain and fury.

They amp the intensity even further through an eruption of blasting drums and gale-force, sandstorm riffs, with a needling vibratory guitar lead that’s still grim, but also poisonous and predatory. Those big, heavy chords and rocking drum rhythms return, alternating with the blackened storms of savagery, with one more layer added to the experience near the end — a dual guitar performance that’s slow, serpentine, and dismal.

There’s no joy in this music, but it’s still vital and vibrant. Check out this new song below, along with that previously released stream of “Baptized In Shellfire”, and if you enjoy what you hear, pre-order the EP on tape or digitally via the links below.

One Response to “AN NCS PREMIERE: FERAL LIGHT — “HELL BY COMPASS””