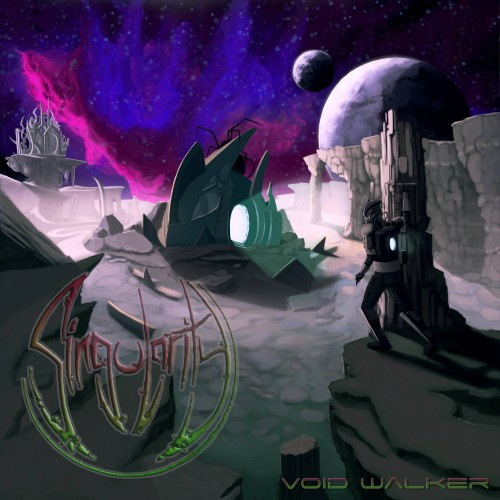 (Austin Weber introduces our premiere of a new song by Arizona’s Singularity.)

One of my favorite things about what we do here at NCS is our devotion to showing you new and lesser known acts, and then continuing to cover their careers over the years. While there are many bands I’ve been excited to continue covering over the years, Arizona-based black-metal-infused tech-death band Singularity are one of my absolute favorites.

We first started covering them here in 2013 when I stumbled onto some early tracks by the band, and then later helped them premiere “Throne Of Thorns” off their forthcoming 2014 full-length (and then latered review the full album). Now they’re back at it again with the upcoming Friday, September 2nd, release of a brand new EP entitled Void Walker. And we’ve got the first premiere from it with today’s launch of a stunning new song that doubles as a spacey lyric video journey for “The Refusal”. 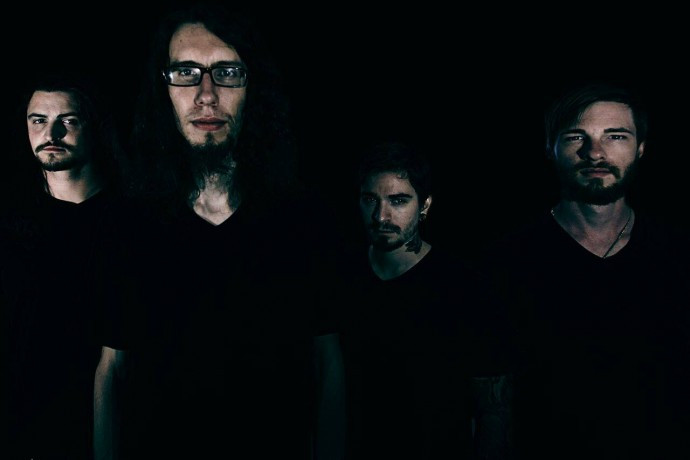 To get back to my earlier point about them being one of my favorite discoveries whom I’ve kept up with here at NCS, by that I partially meant that the band have worked super-hard to evolve and grow with each release. In doing so they’ve capitalized on their talent and skills in a way few bands do, as many seem content merely to continually create within the framework they set out with. Luckily for us, Singularity have always crafted music in broader, more diverse strokes, and today’s premiere of “The Refusal” shows the band have again taken things to an even higher level than their already killer prior material reached.

While Singularity are known for their symphonic and black-metal-infused take on tech-death, they seem to be leaning more heavily into dark, dissonant black metal chords for a lot of “The Refusal”, more so than they ever have in the past. Whether this is a new element just on this song, or on the whole new EP, I don’t know, but I can say it works damn well here and has me very excited to hear the full release!

Taken as a whole “The Refusal” deftly combines all the things I love most about both symphonic and dissonant black metal, and marries them to a sleek technical death metal chassis, aided by a pinch of proggy ideas, swirling it all together into an eargasmic sonic stew that leaves me hungry for more. From the killer screams and growls, to the Grade-A lethal riffing assault and shredding, blackened epic atmospherics, jabbing and pulsating bass lines, and machine-like drumming, “The Refusal” is a splendid affair on all fronts.

If you’re looking for tech-death that has an epic grandeur to it, a certain pomp and majesty you might identify more with various strains of black metal, look no further than “The Refusal” below. God, I can’t wait to hear this whole thing now after repeated listens to what we are premiering below! I’d imagine pre-orders will be available soon, but for now you can keep up with them on their Facebook and Bandcamp pages listed below.

The line-up on Singularity – Void Walker is:

4 Responses to “AN NCS PREMIERE: SINGULARITY — “THE REFUSAL””