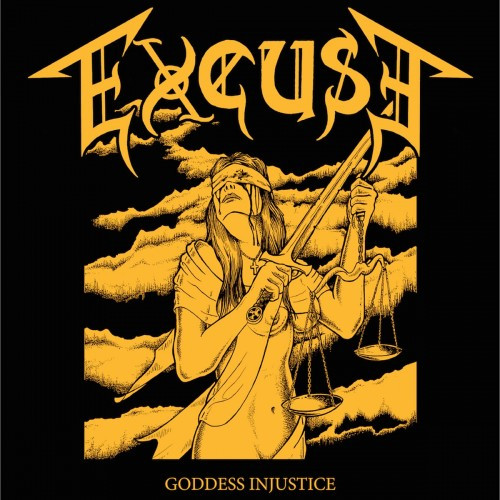 Exactly two months ago I came across the first advance track from a four-song EP entitled Goddess Injustice by some Finnish newcomers named Excuse, and it made such an immediately favorable impression that I frothed at the mouth about it in one of our new-music round-ups. Since then I’ve had the chance to listen to the other three tracks on the EP, and I’m still frothing, especially because I now get to bring you the premiere of another song. The name of this one is “Baphomet“.

Goddess Injustice is the band’s second release overall, following a 2013 demo, and the EP will be released jointly on 12″ vinyl by Hells Headbangers and Shadow Kingdom Records. The first song released for streaming from the EP — “Obsessed… With the Collapse of Civilization” — was a ripping burst of speed metal with a very unexpected and very cool two-part intro that proved Excuse have more tricks up their sleeves than the ability to make your brain mosh with your skull. 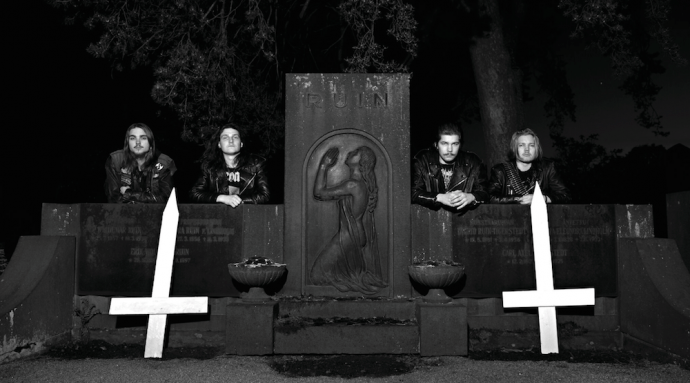 “Baphomet” is the EP’s closer, and its longest track at seven and a half minutes. I’m a big fan of the introduction to this song, too, which sets the tone in epic fashion with jolting rhythms and a foreboding riff that immediately makes you want to lift your goblin claws to the skies. The rest of the song is hellishly good, too, moving between mid-paced gallops and bursts of speed-metal tumult that get the adrenaline flowing in a flood. But you may be asking yourselves, what is a speed metal band doing with a song of this length? And here’s the answer:

Excuse use the last three minutes of the song putting on a guitar-generated fireworks display, including a fantastic dueling solo that starts in a slow burn and ends in a fire-breathing display of molten shred. That instrumental closing section takes a song that was really good to begin with and rockets it into the stratosphere.

Goddess Injustice will be released on September 12, 2016. You can pre-order here:

2 Responses to “AN NCS PREMIERE: EXCUSE”