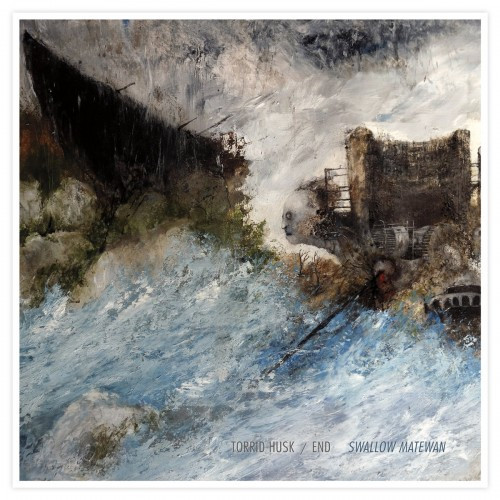 On September 23, 2016, Baltimore’s Grimoire Records will release a split called Swallow Matewan (with Arcane Angels releasing it on vinyl in Europe). It features three tracks each by two black metal bands we’ve praised at this site before — Torrid Husk from West Virginia and End from Greece. One of Torrid Husk’s tracks (“Carminite”) got its debut at Stereogum last week, and today we bring you a track from the End side called, “Virga“.

This year will mark End’s 14th year of life. But although the band have released three full albums in that stretch of years, the last one coming in 2009, we first discovered their music through another split release that turned out to be one of the best albums released last year. Entitled Moerae (and reviewed here by our Norwegian friend Gorger), it included a long track by End named “Atropos”, as well as brilliant offerings by Awe and Vacantfield (the latter band shares two members with End). 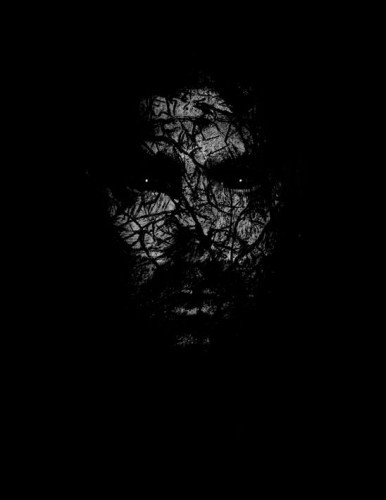 There have been some changes in End’s line-up since the band’s founding, with the one consistent member being composer/guitarist/bassist Draenzarth (who also contributes synths and vocals on this split). In the band’s current configuration, he is joined by veteran Greek drummer Maelstrom (whose resume includes participation in such groups as Dephosphorus, Principality of Hell, Thou Art Lord, Dodsferd, and Thy Darkened Shade) and American vocalist Aaron Carey, who is best known over on this side of the Atlantic as Nechochwen. In addition, on the track you’re about to hear, additional guitar and synth parts were contributed by the visionary Ayloss of Spectral Lore.

With an assembly of talent like this, expectations would naturally be high — but if anything, the song is even more wondrous than one might have expected. “Virga” is 11 1/2 minutes long, and it’s the kind of musical experience that leaves you shaking your head at the end, trying to regain your bearings and re-orient yourself in the mundane world after being carried far away.

“Virga” is intricate and multi-faceted. Introduced at a slow pace by dissonant, distorted guitar notes and a burbling bass, the song generates an atmosphere that’s bleak and unsettling. There’s an air of incipient derangement, or perhaps paranormal manifestation, in this somewhat macabre opening passage and it becomes even more unnerving when harsh, high, jagged vocals — somewhere between a growl and a shriek — make their appearance.

Ambient sounds and brief spoken words act as a bridge from this extended opening to the rising intensity of the song’s middle section. The drumming and the bass line become faster, more acrobatic, more hard-driving, while whirring tremolo chords generate a rising and falling melody that’s completely gripping — one that’s both grim and mesmerizing, chilling and seductive.

As the music’s intensity increases, with even more frenzied and ferocious guitar work that includes rapid-fire, jabbing riffs and tumultuous percussive rhythms, the vocals become even more feral, acidic, and unhinged.

Near the end, there’s a further change in this dark and inventive thrill ride: The drums stop and the storm spends itself, creating a cold open space for ethereal, echoing guitars to create a mystical, entrancing conclusion, as if to open the mind’s eye to vistas of unearthly wonder.

In short, this is an enthralling piece of music with dense, creative textures and shifting moods. It invites repeated listens, not only because it’s so seductive but also because one listen alone won’t reveal all of its depths.

End’s three songs on this new split include two original tracks, “Existential Litany” and “Virga”, plus a the band’s interpretation of the 1983 Amebix song “Winter”. End’s tracks were mixed at Moth Studio in Greece, and mastered by Grimoire’s Noel Mueller in the spring of 2016, with vocals recorded by Andrew D’ Cagna at Sacred Sound Studio in Ohio. Torrid Husk’s songs on the split were engineered, mixed, and mastered by Noel Mueller in the fall of 2015.  The wonderful cover art for the split was created by Sergio Padovani.