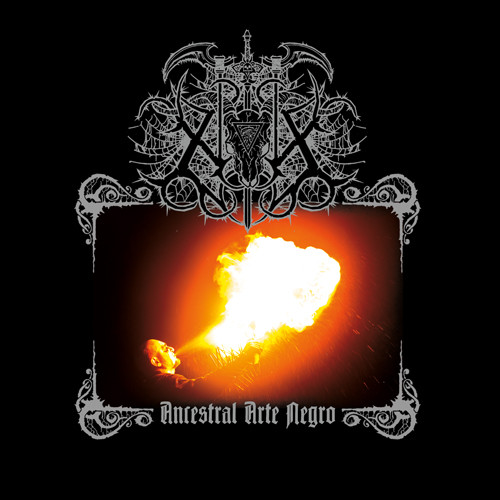 The cover of Ancestral Arte Negro, the new EP by the Colombian black metal band Nox, features a member of the band spitting a ball of fire. It’s a cover that suits the music contained within, which is a great surging torrent of scorching fury. As you’re about to discover, however, there are more dimensions to the music of Nox than their ability to incinerate listeners.

Ancestral Arte Negro will be released internationally on August 26 by Forever Plagued Records, and it’s our pleasure to give you the chance to hear all four tracks in advance of its release. 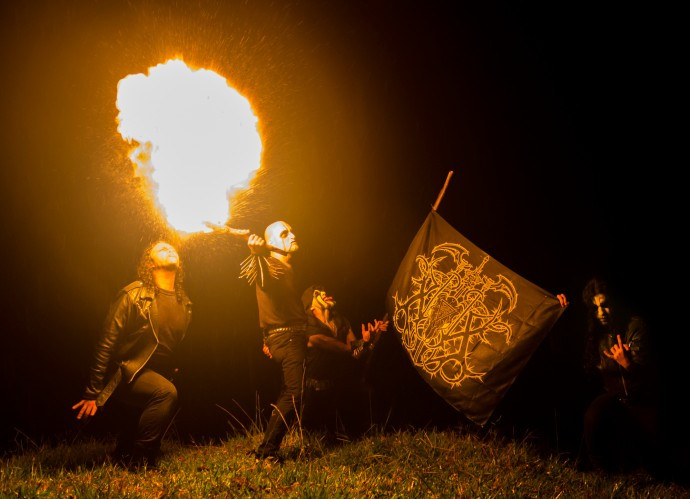 There is no doubt that Nox have complete command of their material, as well as a devotion to delivering Satanic black metal in a way that immolates the innocent in a ravaging surge of sulfurous intensity.

Until you reach the final track, the music is blazing fast, driven by a drummer who hammers like pistons in a muscle car operating at top speed, with treble-range riffs that are absolutely seething and poisonous. To complete this hate-filled assault, you get vicious, shrieking vocals that sound as if they’re forced from a throat that’s simultaneously being bathed in acid and strangled with barbed wire.

However, the superheated aggressiveness of the music, while worth appreciating all by itself, is not the only attraction of Ancestral Arte Negro. The riffs in this EP are intense but also carry penetrating melodies that are bleak, bereft, and memorable. They’re just as gripping as the band’s display of adrenalizing speed and ferocity.

Moreover, while Nox are quite effective at dousing listeners in a cauterizing flood of black metal napalm, they include some dynamic changes in the songs — bounding backbeats in “Espectro”, cavernous roars and an element of punk in the title track, and something quite different in the grim and foreboding closer, “Esperando La Muerte” — which proceeds at a more stately pace, fitting to the song’s air of infernal majesty, and includes a beguiling, layered guitar melody steeped in melancholy and a vibrant bass performance.

Ancestral Arte Negro will be released on 7″ black vinyl, limited to 300 hand-numbered copies an including a 7″x 7″ insert. For more information, check these links: