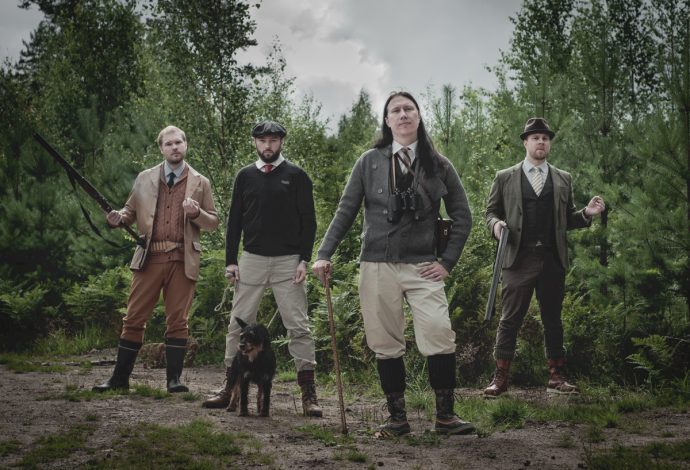 It won’t be too much longer now. On September 9, Bob Malmström will be back with a new album. The name of this one is Vi kommer i krig (We Come In War). If you know anything about the band’s previous releases, you have to be curious not only about what kind of new musical mayhem they’ve chosen to stir up, but also about what will happen in the band’s next video — because Bob Malmström’s videos are always a kick in the head to watch.

We can satisfy some of that curiosity today, because we have for you not only a song from the new album but also a new video to go along with it. The song is “Manchuriets slavar” (Slaves of Manchuria), which reflects some of the band’s thoughts about “China as a nation and a spiritual entity”, based on two extensive tours of the country that the band undertook in 2014 and 2015. 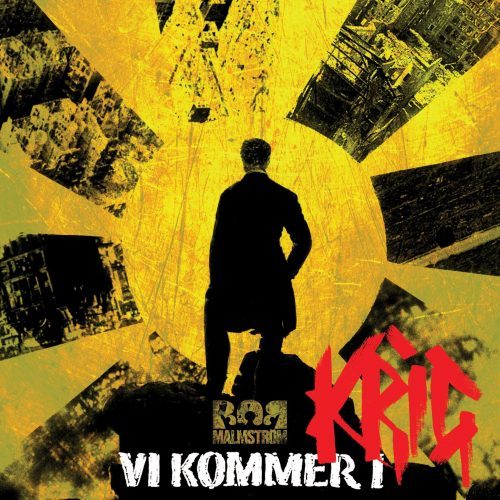 Before we get to the song and the video, it occurs to me that some of you may not be as familiar with Bob Malmström as you should be, so please allow me to digress.

The first time I encountered these Swedish-speaking Finns was back in December 2011 (here) after catching their official music video for a song called “Eliten”, which was a kind of searing, headbanging, thrash/hardcore/punk onslaught, as rendered by a bunch of dudes in suits sipping champagne. In that same post you can learn something about the Finnish minority group of which Bob Malmström consider themselves a part, as well as certain other aspects of the band’s identity (which includes their devotion to embracing and celebrating “the glory of the Bourgeoise”).

The second time was in April 2013 (here) when the subject was a lyric video for the title track from their album Punkens framtid, which rocked so hard it nearly knocked me flat, though I somehow kept my feet despite bouncing around in a solo mosh pit of my own making.

And the third time I spilled some words about them was almost exactly one year ago in a post devoted to their just-released cover of a song called “Du kan lita på mig” (“you can trust me”), which appeared on a new 7” Bob Malmström record entitled Kejsarsnitt.

All of that music, as well as the entire releases from which the songs were extracted, are worth hearing. So is this new song.

To be clear, it’s worth hearing IF you’re in the mood for propulsive rhythms that make it hard to sit still, bounding bass notes, manic fretwork that’s intricate as well as demented, some damned infectious melodies, and a mix of catchy clean singing and clawing rasps. If you’re not in the mood for that, have a few adult beverages to get your mind right (or many, depending on how tightly wound you are at the moment) and then come back here.

(To give credit where credit is due, drummer Wilhelm Wahlroos sings the melodic parts along with Alexa Leroux, while Carolus Aminoff delivers the harsh vocals, and the Bourgeois Choir of Golden Fortune along with Tuomas Pekkola chant the “football” parts.)

As for the video, I was shocked to discover (shocked I tell you!) that there was drinking going on while the video was filmed. And not only are the band not wearing business attire or gentlemen’s hunting garb, some of them are eventually wearing nothing at all!

Bob Malmström recorded Vi kommer i krig at Studio Korkeakoski in the Spring of 2016 with Teemu Aalto and Mathias “Vreth” Lillmåns. The album will be released by Elitbolaget and Playground Music Finland, and you can order the album HERE (worldwide shipping is available).

In other Bob Malmström news, we are told that in addition to the new album, later this year the band will release a documentary of their 2014 China tour, and that after the release they will mount a tour of Finland, followed by performances in Central Europe and Sweden. The dates in Finland are below.