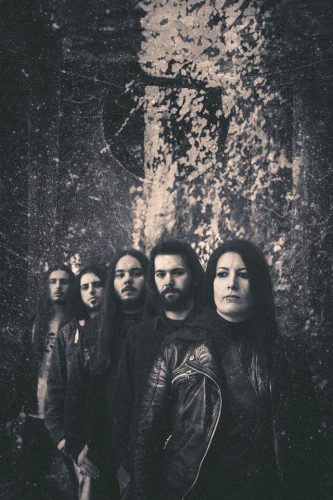 (Comrade Aleks returns to NCS with another interesting interview. This time he talks with the Italian band Haunted.)

Haunted appeared in Italian Catania recently, and Twin Earth Records has already released their self-titled debut album. I was lucky enough to get it beforehand, and I must tell you – it’s something! Take Windhand stoner doom and crop their endless monotonous riffs, retaining those hypnotic female vocals and overall compositional frame; then add some charms and… and whatever else Haunted puts into their songs?… Yes, I had to find out their secret ingredients and I welcome you to share the pleasure of digging deeper in the Haunted territories. The whole band is here to tell about their brand new work.

Hail Haunted! I got the band’s promo from Twin Earth Records, and you know — your material is damned strong, though there’s not much information about the band around. But for a start, how did you gather under the mark of Haunted?

Frank: Hi Aleksey, there’s not much to say, anything mostly comes up by itself.

It all began when Francesco Bauso (guitar) and I (bass) first met during a walk in the woods about two years ago. It was there when we had the idea to form a band. Since then, something has acted as a magnet for each and every one of us. Bauso’s friend Valerio Cimino (drums) came up from his sludgy-doom band Torpore, while Cristina Chimirri (vocals), a singer that we knew only by sight, joined us right after our first jam. Francesco Orlando (guitar) was my Hog Truck bandmate, with whom long ago we were planning to make a band like this. 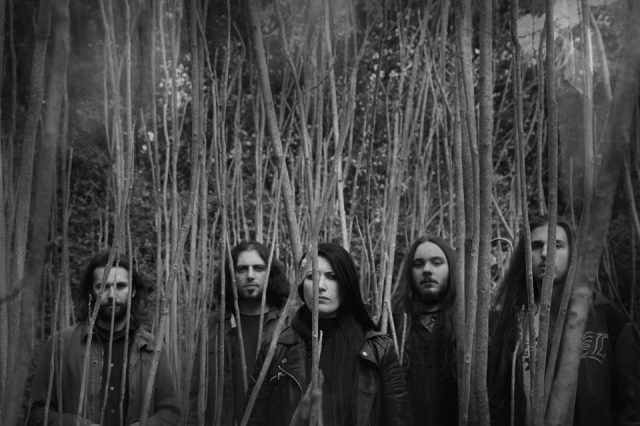 There are four gents and a lady in the band. For how long have you known each other?

Frank: With few exceptions, we are mostly new friends. It’s all about being at the right time in the right place.

Orlando: We are actually five people who feel the same call for music — sharing that passion makes us close friends.

Your debut has this recognizable blend of heavy and hypnotic and massive doom metal with dark psychedelic atmosphere and female vocals. How do you see Haunted’s main features? Where do you see the band’s individuality?

Cristina: Our background is so variegated and our listening covers a great range of sonority. So the sound of Haunted has drawn on ’70s Birmingham, ’90s Seattle, but also from psychedelic dimensions. The band’s individuality I believe lies in the ability to turn the otherness into harmony, in a perfect balance of all the five elements. We’re five individualities with a different way, but we can be able to create only one single energy when we play all together.

What’s your choice — Acid King or Windhand? Which one is closer to you?

Bauso: We were sitting in a house by the sea, listening to a compilation that Frank made, when at some point we heard come out the first notes of that quintet from Richmond; well, it was there that we clearly understood what we wanted to do with our music.

Valerio: Actually, they have represented a starting point, but certainly not one of arrival.

Which of your songs represents the essence of Haunted?

Orlando: Our essence is performed in each of our songs, then it’s granted that everyone can have one or more preferred.

How did you work over material for the debut album? How long did you elaborate the songs ’til you decided that they were good enough to be published?

Cristina: Practice, patterns, arrangement, melodic lines for vocals and suggestive lyrics as well. We stopped doing all these things when the music get the upper hand of us. Then, we were able to realize that it had given birth to the song.

Frank: Well, we started rehearsing intensively. The whole thing came over about five months. We recorded Haunted in just five tracking days, then it took several weeks to give them a final mix and a pro master.

The sound. What did you put into it? What are your principal requirements for instruments and vocals?

Frank: We’ve been focused a lot on the sound. We merged several resources to get what we wanted and we haven’t accepted any compromise at all. We essentially get our sound from a Bonham-style drum-set with large cymbals, two SG’s enhanced by fuzzes turned into ’70s UK tube amps, a distorted bass driving thru the fridge, and a banshee at the mic, that’s it.

Orlando: Making a sound is like cooking, putting ingredients in the cauldron, testing flavors. So, we have chosen our instruments carefully. The curious thing is that some of those were born before us and we place a heartfelt respect on them. 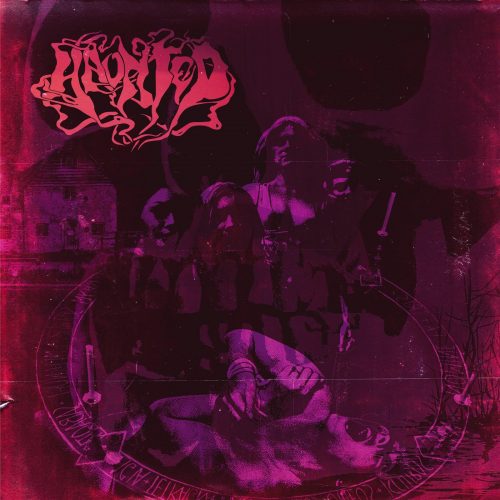 Do the song’s lyrics play any role for you after all?

Valerio: Of course nothing has left to chance, and everything falls into the matter of “occultism” and “sorcery”.

Frank: If we were a coven, each instrument would represent a natural element, then our music would become the union of the four elements, and the voice would be the consecration of the fifth element as well as the prayer of Priestess to the Gods. So damn yeah, lyrics definitely play a primary role for us.

Cristina: I wrote the lyrics (the only exception was for “Watchtower”, written by Frank) in complete osmosis with everything that surrounded me. Inhaling all of my perceptions that I been able to absorb, then expiring everything that was collected by my blood, my bones, my mind, my soul. I turn back that “altered” breath to the universe. So yes, the lyrics are me in the universe and the universe in me.

I’d like to ask you about the title song’s lyrics. I was struck with that church bell sample which combined perfectly with the riffs and that solo next to them, and don’t forget about Cristina’s singing, really magnetic… So! What’s it about?

Frank: We allowed some poetic licenses, it’ss like reading a story by Lovecraft or watching an old movie from Hammer.

Cristina: It’s a kind of Magic. Such a primordial cry: it’s inside of us in the same way it’s already outside of us. We swallow the sky are eating us. 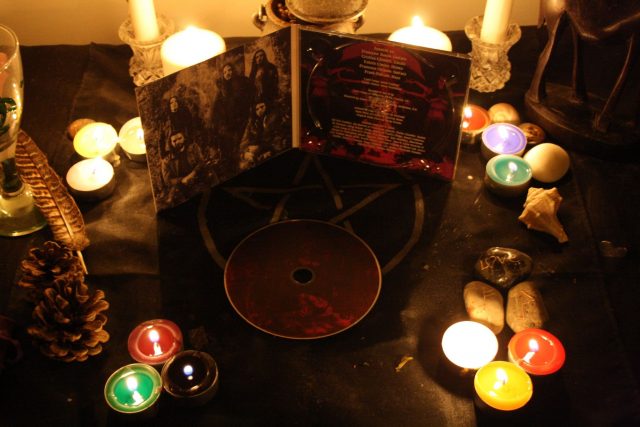 What’s the most difficult aspect of being in a band like Haunted? Organizing of gigs? Promotion? Studio and rehearsals budget?

Cristina: Logistics and the business side of the machine are attended to by Frank. The more it works, the more it becomes hard and challenging. But we’re guided by our will and by the need to take away what we mostly believe, music… And so all clears like clouds after the storm.

What are your plans for Haunted? How do you see its prospects?

Cristina: Two dates lead the way at the moment: August 31st, with digipack and digital release of our first full-length album; October 31st, with the vinyl release. Both for Twin Earth Records of Ric Bennett. We’re preparing for a European tour that will start in November, and in the meantime we are working on a couple of new songs, so stay tuned!

3 Responses to “AN NCS INTERVIEW: HAUNTED”