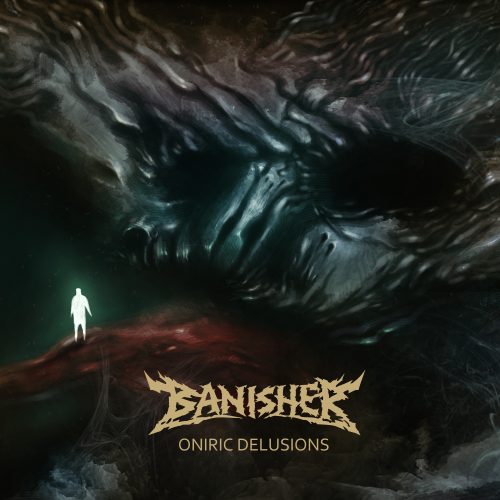 On September 3rd, Deformeathing Productions will release Oniric Delusions, the third album by the Polish death metal juggernauts in Banisher, and today we’re giving you a chance to hear the entire album before its release.

For those who are only now discovering (or re-discovering) Banisher, their current line-up includes members of such bands as Decapitated, Redemptor, Darzamat, Nuclear Vomit, Shodan, and Ketha.

Until the band ease back on the throttle somewhat in the closing track, they fly like the wind on this album — if the wind were capable of changing directions at the speed of thought. And that’s not the only metaphor that springs to mind in listening to this intricate, inventive, technically eye-popping collection of savage assaults. 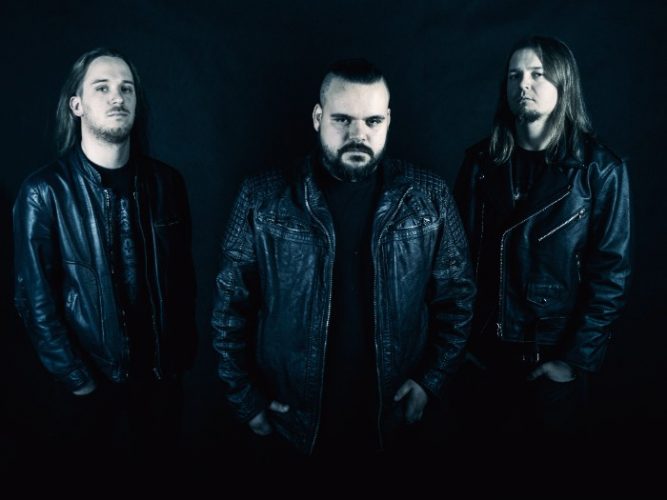 The music is frenzied yet precise, like a psychopathic surgeon amped on high-grade speed who has turned his skills and scalpels to the work of lightning-fast butchery. Or one might imagine hyper-accelerated alien cyborgs working under a tight deadline to disassemble human civilization and scatters its component atoms like dust in a hurricane.

The drumming of Jacek Gut is maniacally fast and bone-splintering, while guitarist (and co-founder) Hubert Więcek delivers an array of rapid, darting/jolting riffs, plus spitfire solos that are alternately spidery, explosive, and fluid — and always welcome. To complement the jet-fueled, mind-melting instrumental performances, vocalist Szczepan Inglot viciously barks, howls, and shrieks with similar speed and barbaric energy.

Yet there is still more in these songs than head-spinning intricacy and punishing, heavy-grooved brutality. The songs are laced with melodies that provide a contrasting kind of warmth. Actually, I’m not sure “warmth” is the right word for this added dimension of the sound, but it gives these exhilarating thrill-rides a richer texture that makes them memorable.

Oneiric Delusions was recorded, mixed, and mastered at Invent-Sound Studio in Bydgoszcz, Poland, by Szymon Grodzki and features artwork by Pete “Astmol” Zając. The album will be released on CD with a 16-page booklet, and a lacquered sticker of the album’s cover art. To pre-order, go here: